Never did I think a Masked Singer contestant could be scarier than The Egg, an ominous dairy product that caused me to go vegan, but unfortunately it looks like something even more unhinged is coming our way during tonight’s episode. Everyone, meet the Jester, a frightening clown that makes the sleep paralysis demon under your bed look positively cozy.

Jester is The Masked Singer season 6’s newest wildcard player and it is VITAL that we figure out who he is and get whatever poor celebrity trapped in that haunting clown head out. Like, I’d truly rather hang out with Pennywise!

Anyway, here’s what we know about the Jester and his NSFW costume that has apparently traumatized Fox executives. 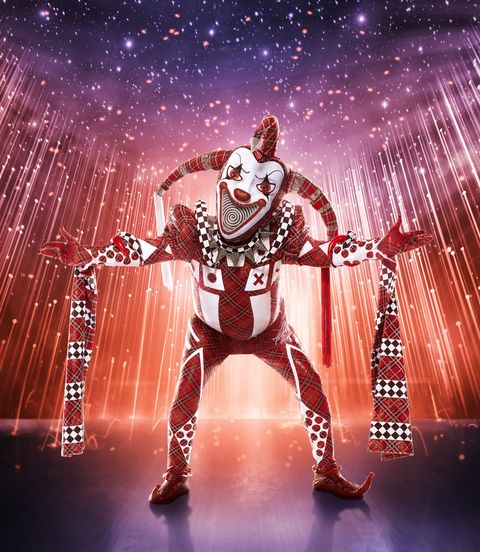 There are none. At least not yet. But The Masked Singer *did* serve up an intro in which we found out the Jester will “do whatever it takes” to entertain his audience, which apparently includes dressing up in the world’s scariest costume and giving me a lifelong clown phobia.

We also have this video of the Jester joining the show and enthusiastically slapping his butt. I suggest taking a shot before watching.

Literally no one knows who the Jester could be. Mostly because fans are busy talking about how traumatized they are in The Masked Singer’s YouTube comments:

But some viewers seem to think—simply based on “vibes” and not clues at this point—that the Jester could be one of the following celebs: 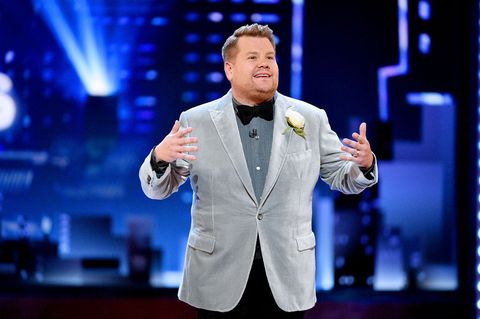 Some people appear to think the Jester has a British accent. Which…no? But kay! Also, 10/10 for sure James Corden would never do this show. But then again, this is a man who agreed to do Cats. Who knows what he’s capable of. 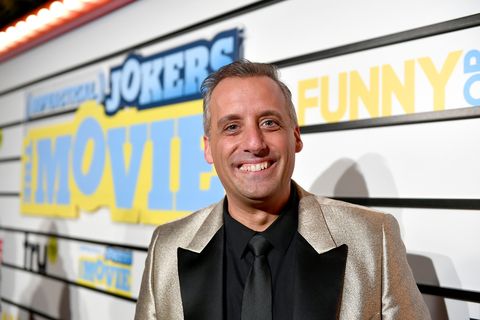 Multiple people are speculating that the Jester is comedian Joe Gatto based on approximately nothing. I mean, sure! 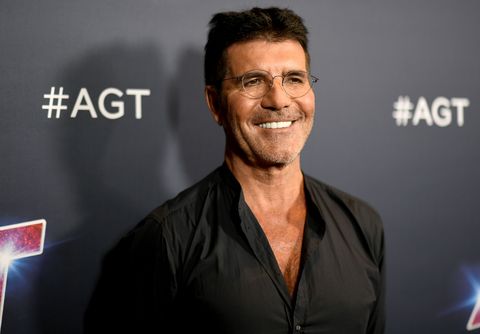 Seems unlikely that Simon would zip himself into a Jester costume and go on The Masked Singer, but his name has come up a few times as a possibility, so…guess we have no choice but to include him here. 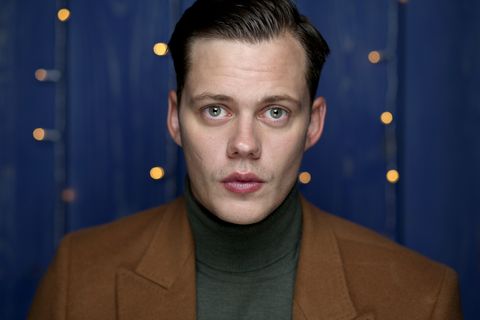 Because he played Pennywise the Clown in It, obvs! 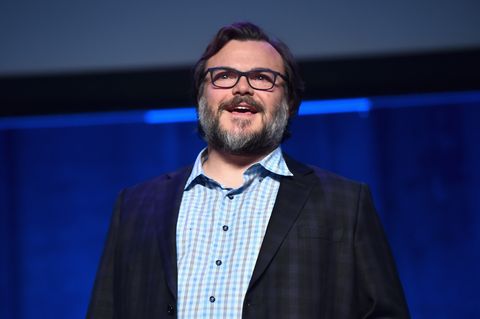 As one fan said, “I’m getting Jack Black vibes.”

Kay, before we go, a harrowing piece of Jester trivia for you: TMZ reports that his original costume featured a bulge that was so huge, it wasn’t fit for television. As the outlet put it, “the codpiece caught the eyes of FOX execs and the network instantly deemed the Jester ‘too hot for TV.'” (HELP.)

Apparently the Jester’s costume was “adjusted” to “minimize” his “private parts” (HELLLLP), and now he’s been deemed family-friendly. Which is wild, since there is clearly nothing “family friendly” about THIS FACE: 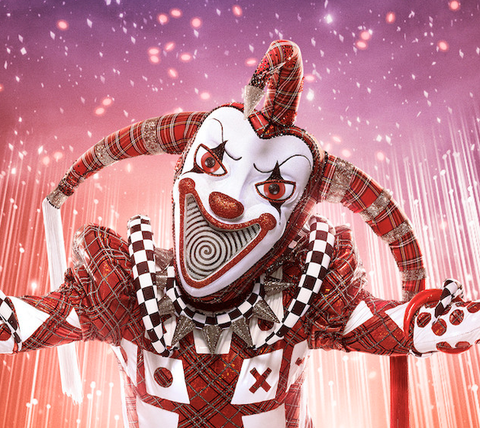 Anyway, tune in tonight at 8 p.m. ET on Fox to potentially see what’s lurking inside the Jester! I can only hope the Judges collectively decide to force this dude to reveal himself before he gets a chance to perform, because I’m genuinely not sure there’s a therapist qualified enough to get me through that nightmare.