Kate Moss raises eyebrows as she steps out looking more wizard than model in £18,000 Gucci coat

KATE Moss quite literally showed off her star power on Thursday night in an £18,000 coat.

The supermodel has worn clothes by the biggest names in the fashion industry during her long career, but in her down time, she normally sports more low key – not to mention reasonably priced – ensembles.

But as she left a party in London's Notting Hill, Kate rocked an eye-catching star print fur coat, with an eye-watering price tag to match.

The brown jacket featured multi-coloured stars in various sizes all over it, giving the 42-year-old more of a look of a classic wizard than one of the biggest names in fashion.

While Kate's coat was pretty loud, the star couldn't magic up a smile, looking somewhat subdued as she made her way to her car. 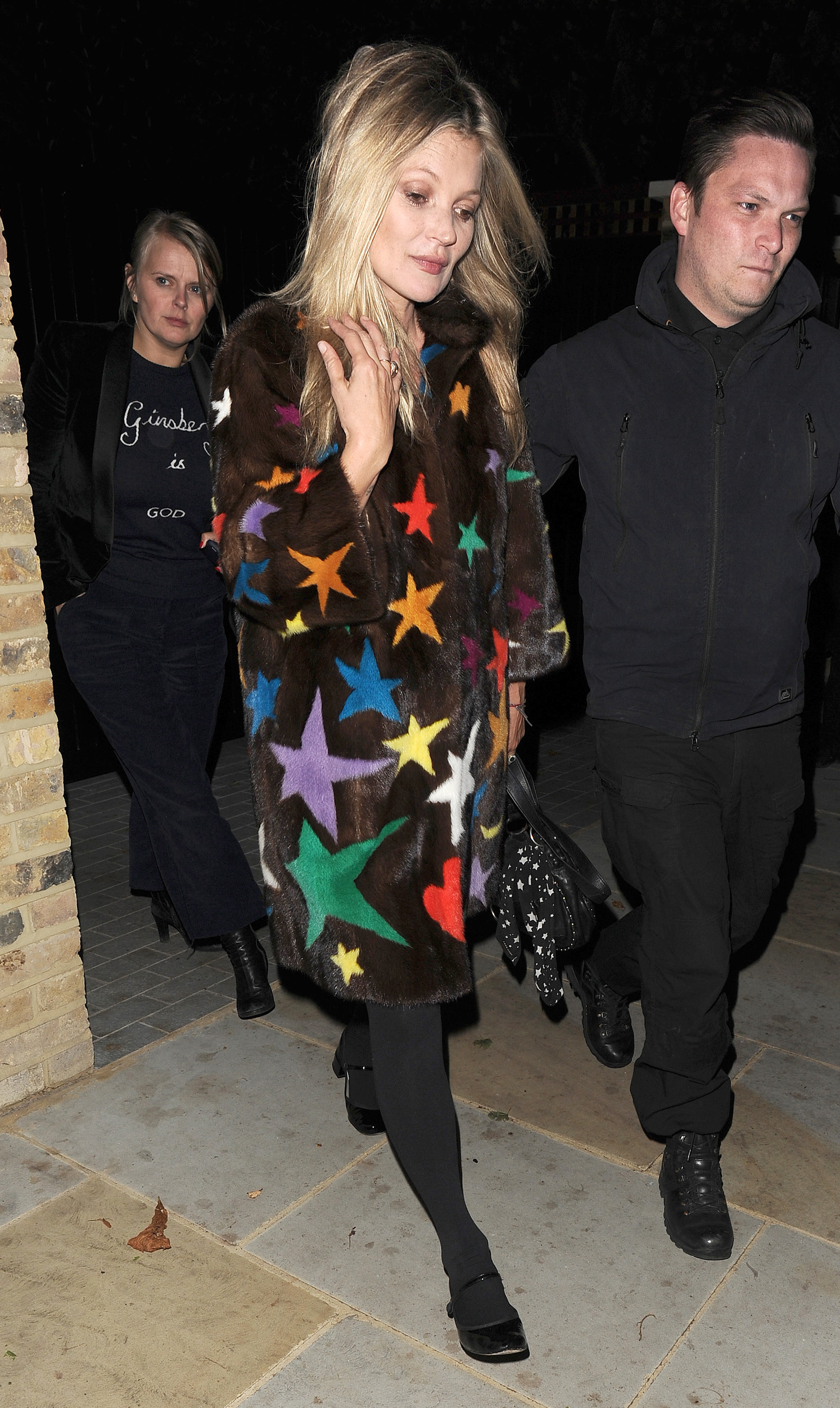 With her blonde hair hanging loosely around her shoulders, Kate looked a little tired as she rubbed her eye with her little finger as she was led out of the private residence.

Having spent much of her long career in skyscraper heels, the mother-of-one opted for comfort, wearing a pair of flat black shoes with thick black tights. 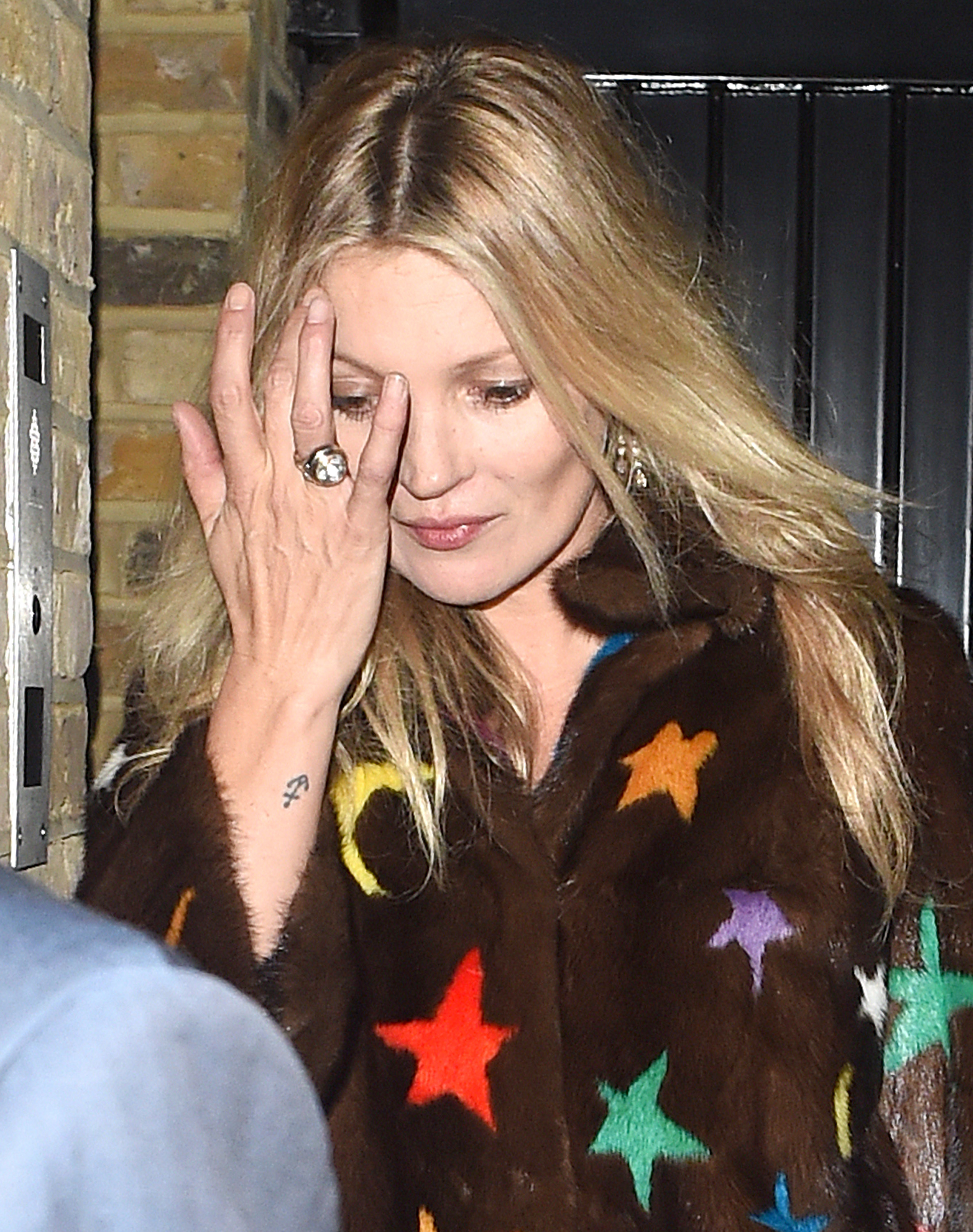 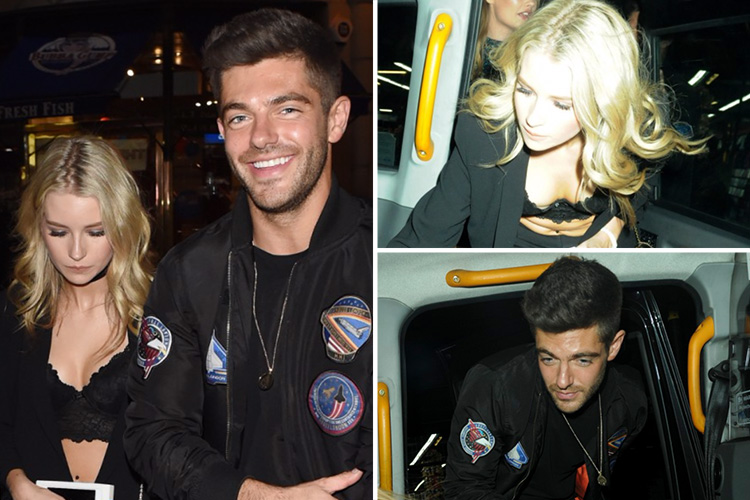 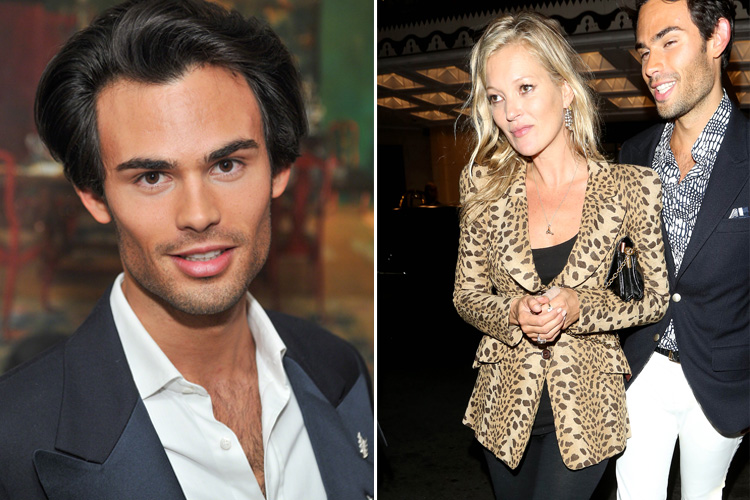 ‘IT’S A CESSPOOL OF INCEST’ 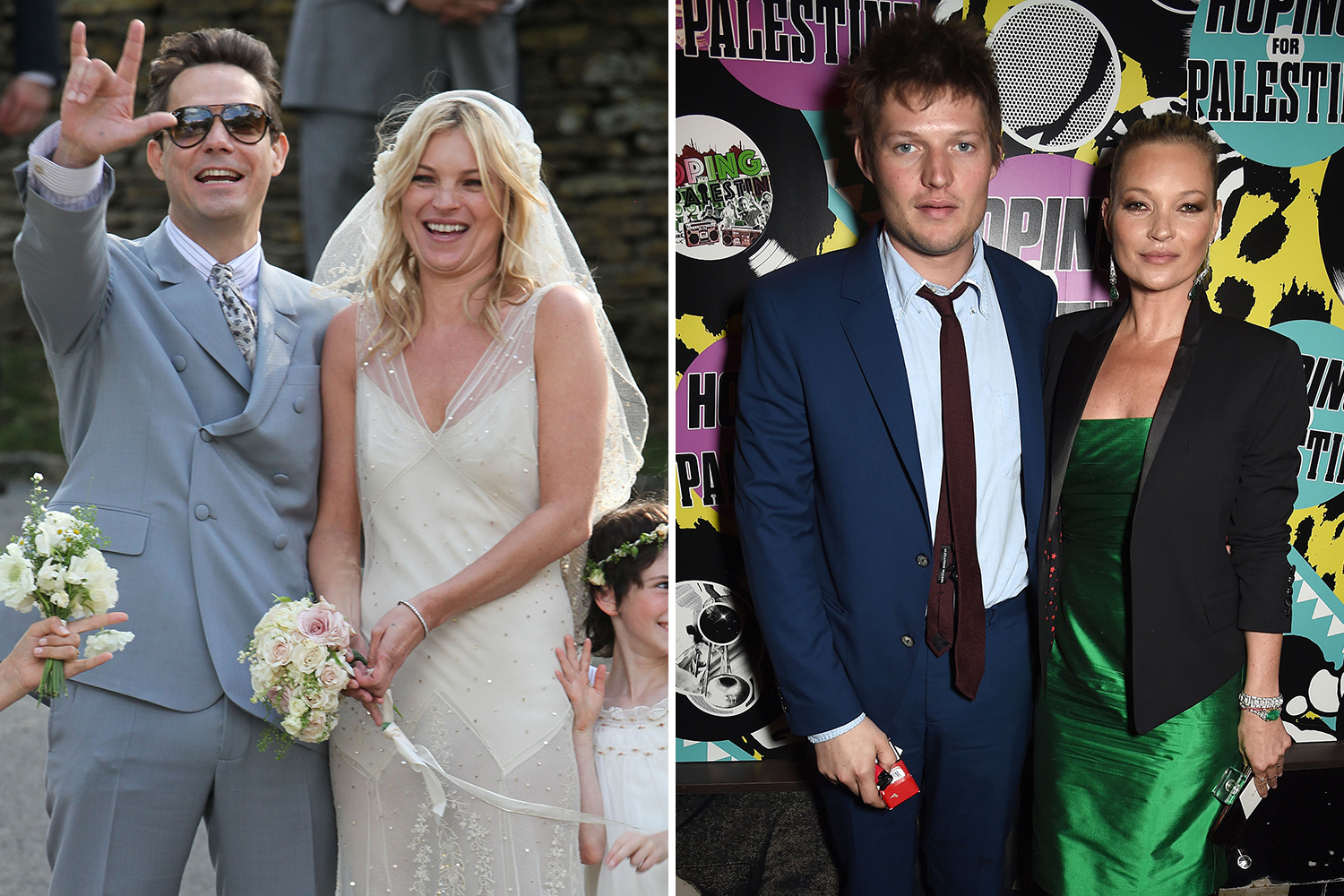 Kate's outing came soon after pictures emerged of former boyfriend Nikolai Von Bismarck leaving her London residence with a number of bags around him.

Kate and Nikolai appeared to be in a sombre mood as the aristocrat’s son followed his former lover out of the gates. 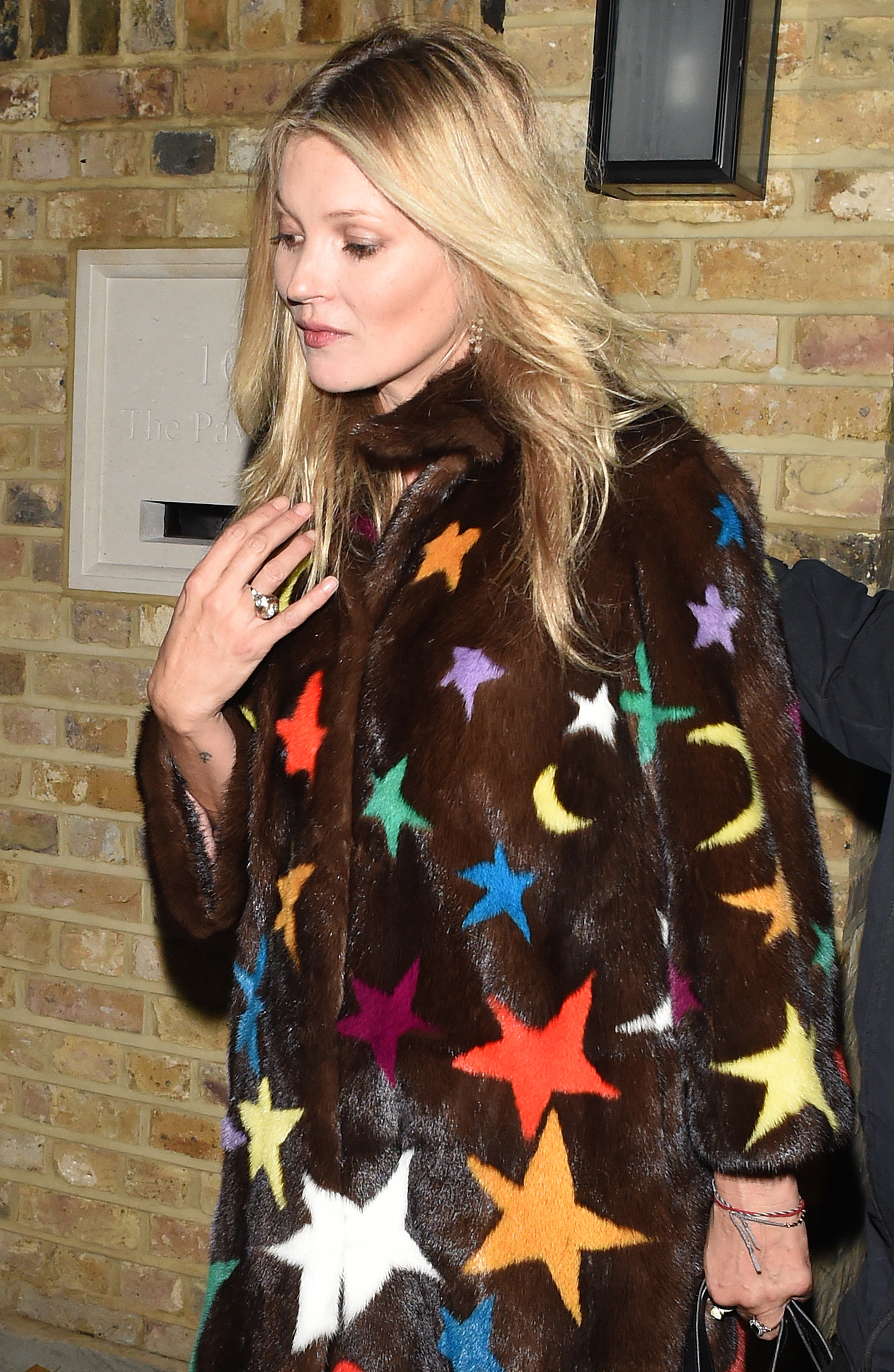 The model gave the toy boy his marching orders from her North London pad after he and his pals trashed the basement on a boozy night.

She has told him to sort out his drinking once and for all — or their year-long romance will be over.

A source said: “Kate is furious as she really thought he had got his act together recently. 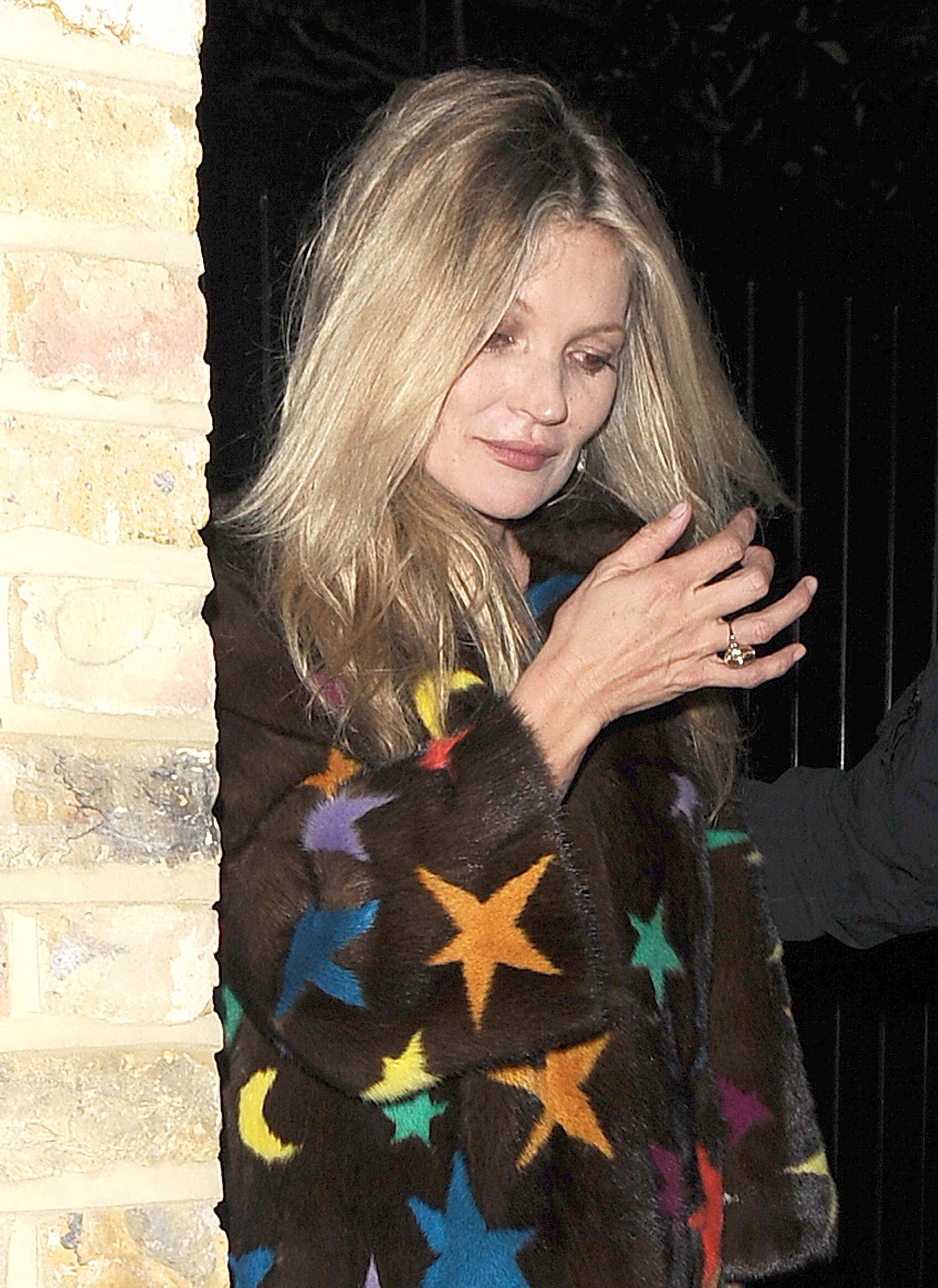 “He still uses that as his room at the house, while Kate sleeps upstairs, because her daughter is there a lot of the time.

“Nikolai left with just a bag. Kate is trying to give him some tough love.

“She hopes it will work as she doesn’t want to split with him . . . but he might leave her with no other choice.”