KATIE Price defended going to red-list Turkey for a series of cosmetic procedures as she was challenged by Dr Amir Khan live on Good Morning Britain.

The 43-year-old star insisted she safely "followed protocol" as the TV medic criticised her for "not prioritising the health and lives of everyone around us". 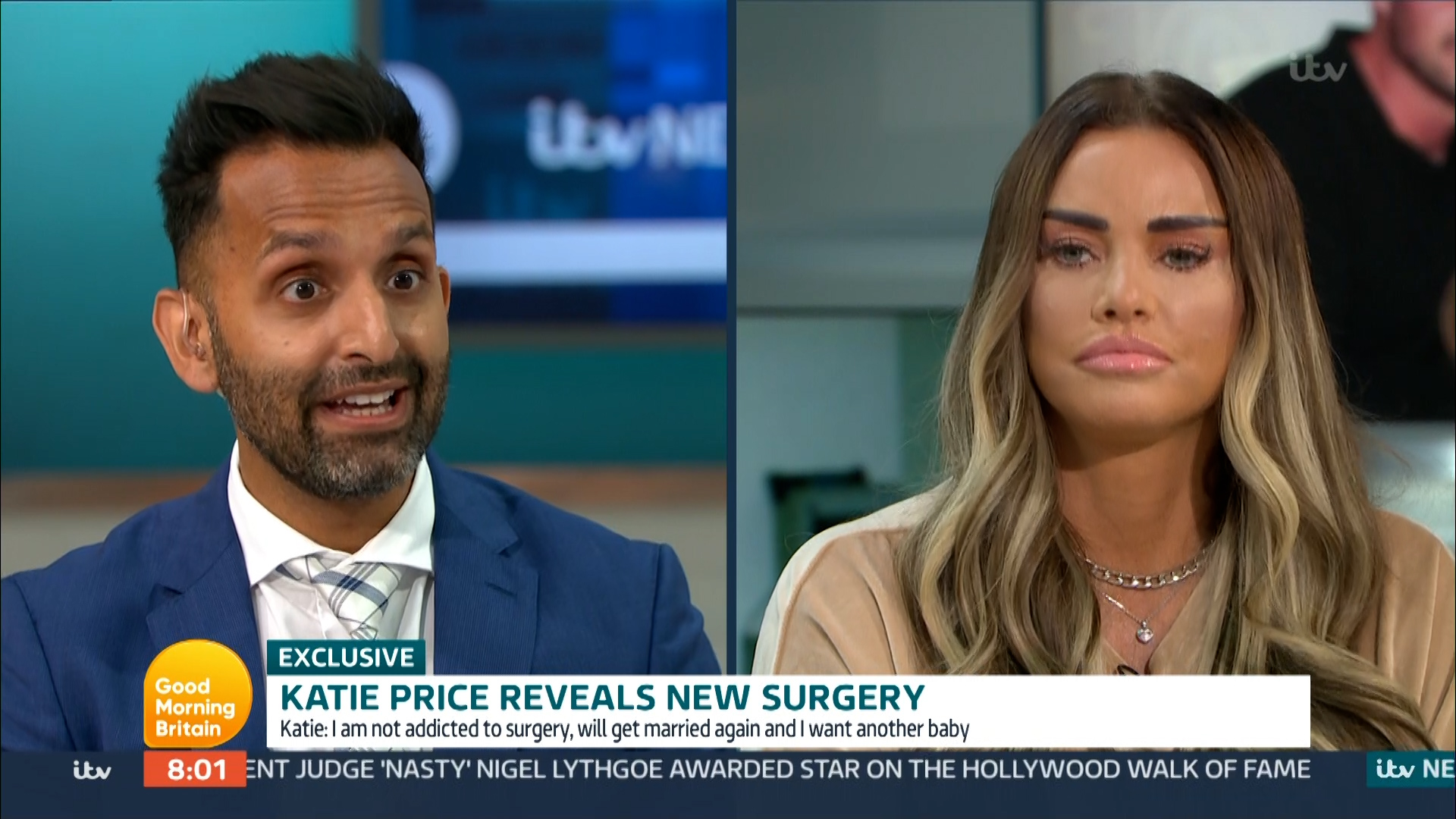 Katie appeared on the breakfast show to reveal the results of her brutal operations last month, which she said were integral to her job.

The former glamour model underwent full body liposuction, eye and lip lifts, liposuction under her chin, and fat injected into her bum.

Confronted by GMB hosts Kate Garraway and Alastair Campbell on the fact she travelled to a red-list country for the surgeries, Katie said: "I'm working, doing my YouTube.

"I had two Covid jabs, did all my PCR tests, you have to follow protocol. 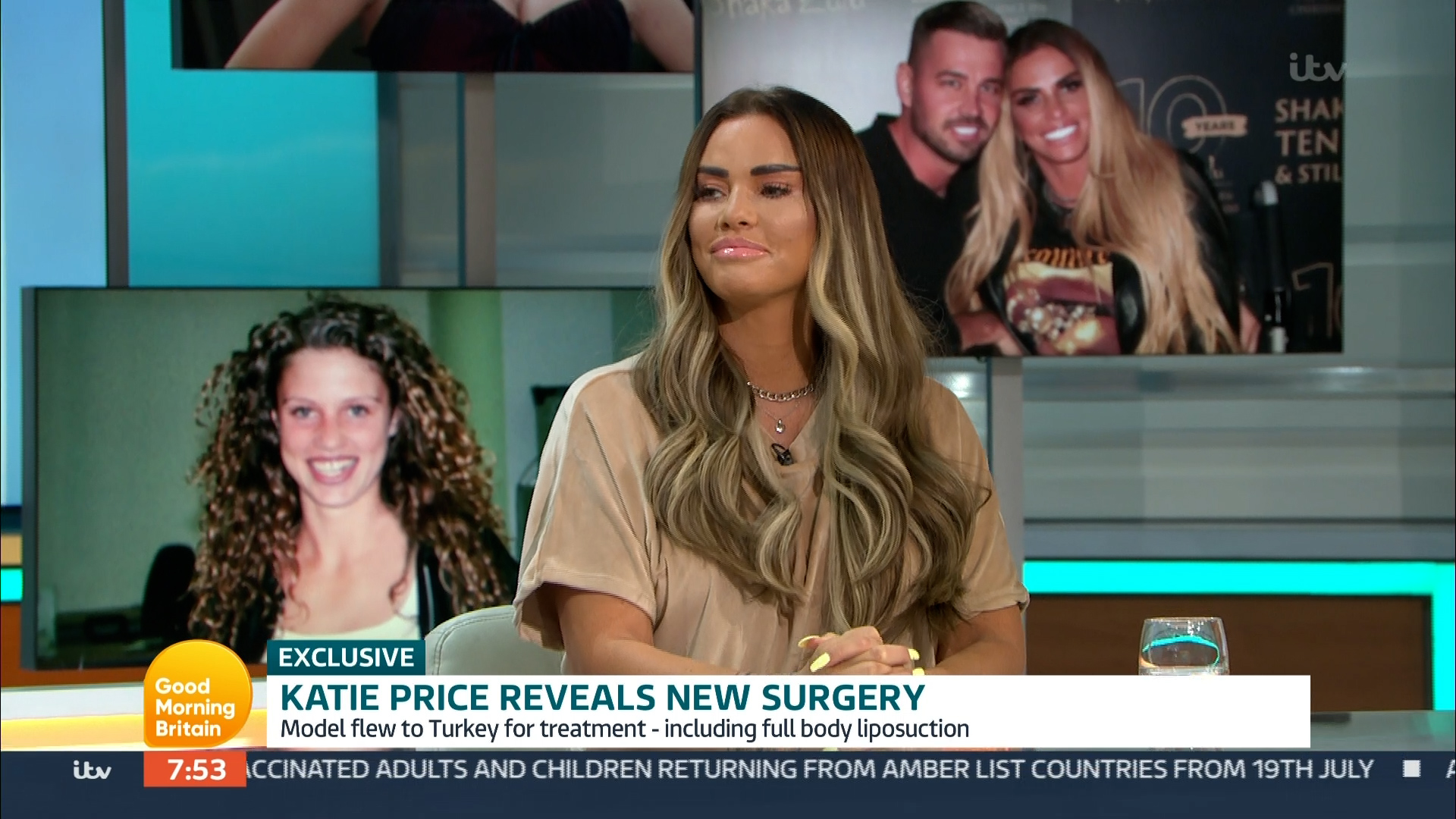 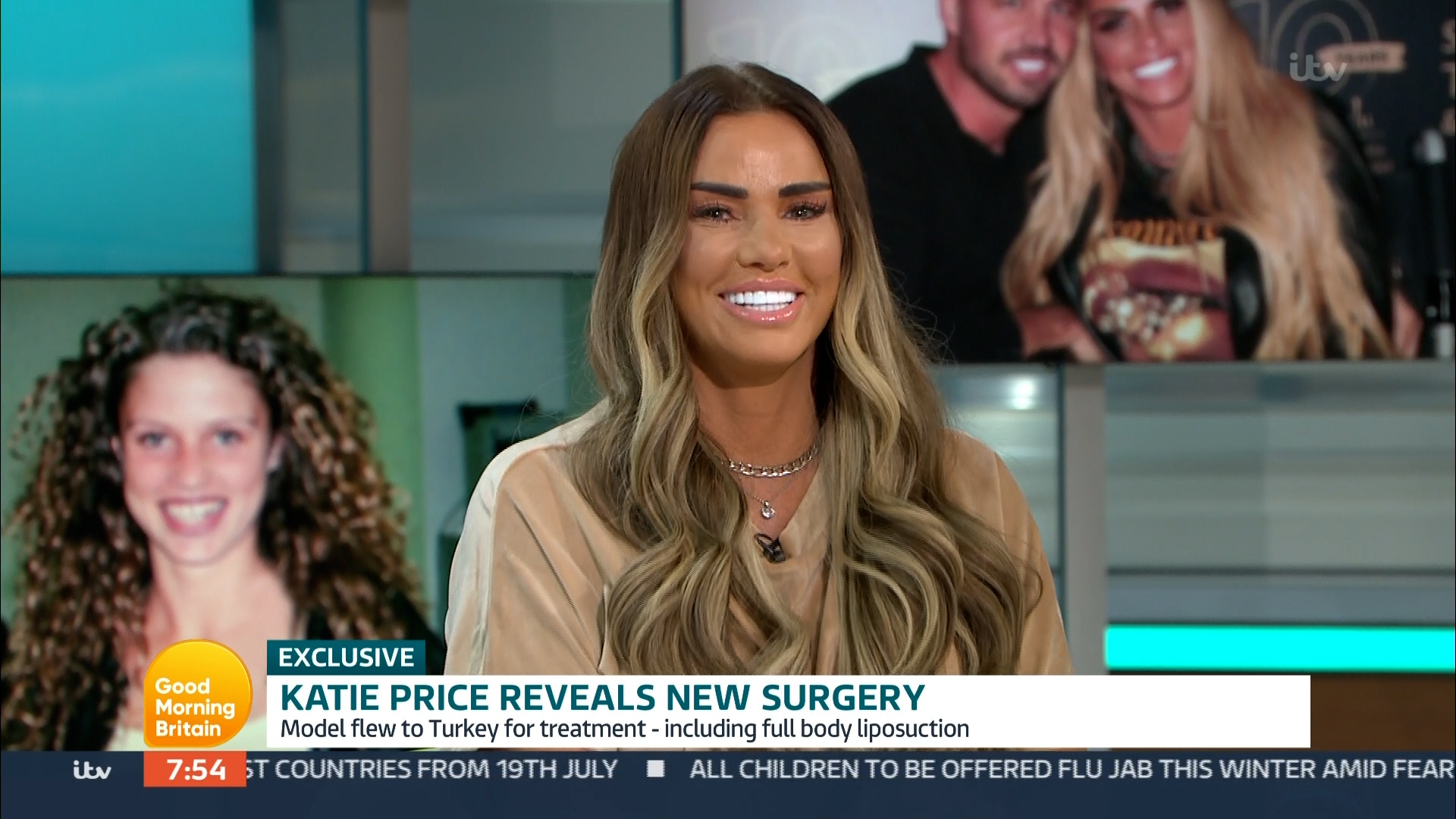 "I knew going to a red country I'd literally be in hospital, then we flew to an amber country and stayed in a villa in the middle of the hills away from everyone, then came home.

"We didn't muck about at all, it's serious – and it's hard work to do a red country, and I wouldn't have done it if I hadn't had two jabs."

But Amir wasn't convinced, with he and Kate – whose life has been greatly impacted by the coronavirus pandemic – arguing that Katie should have waited until the pandemic was over. 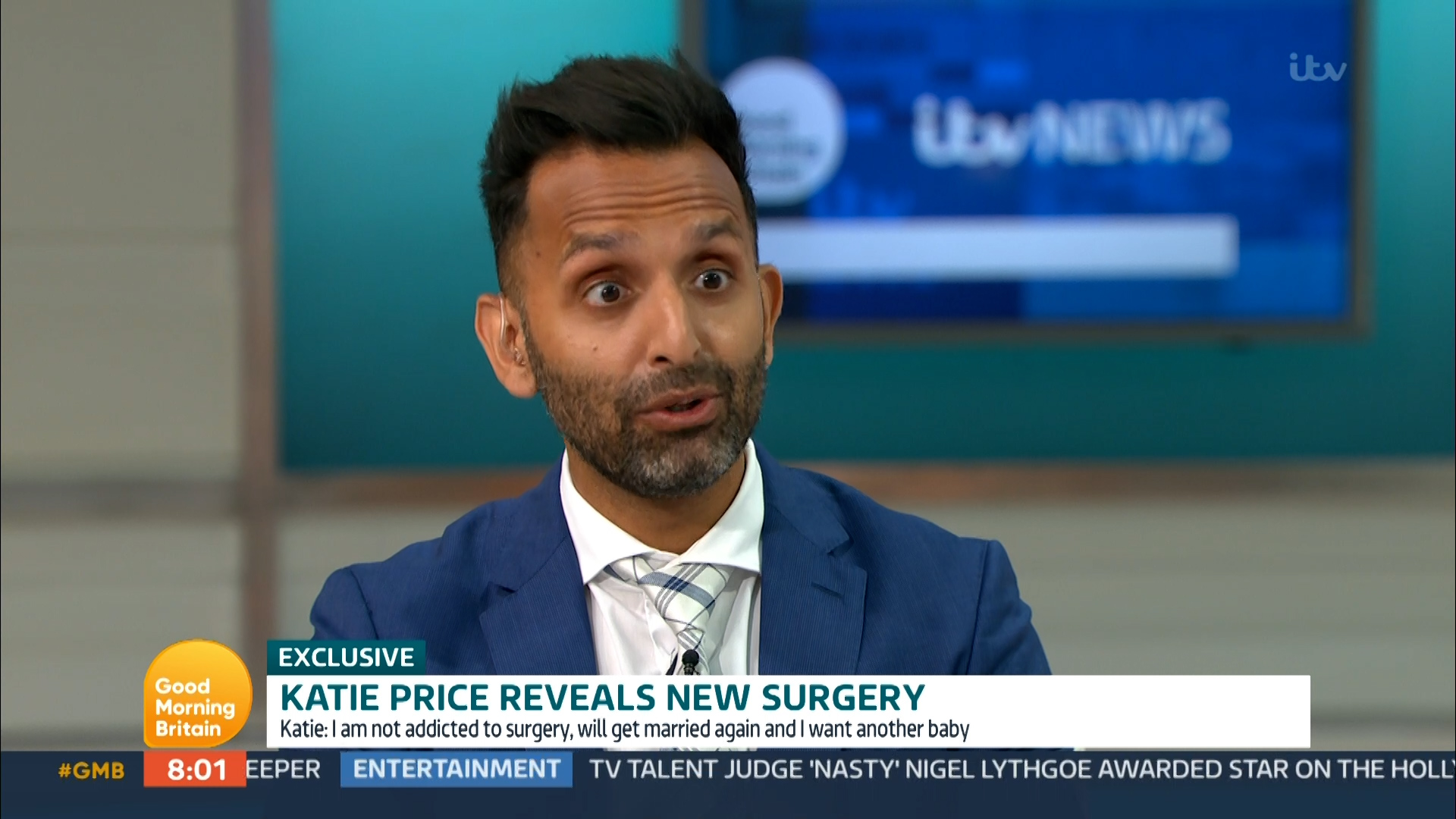 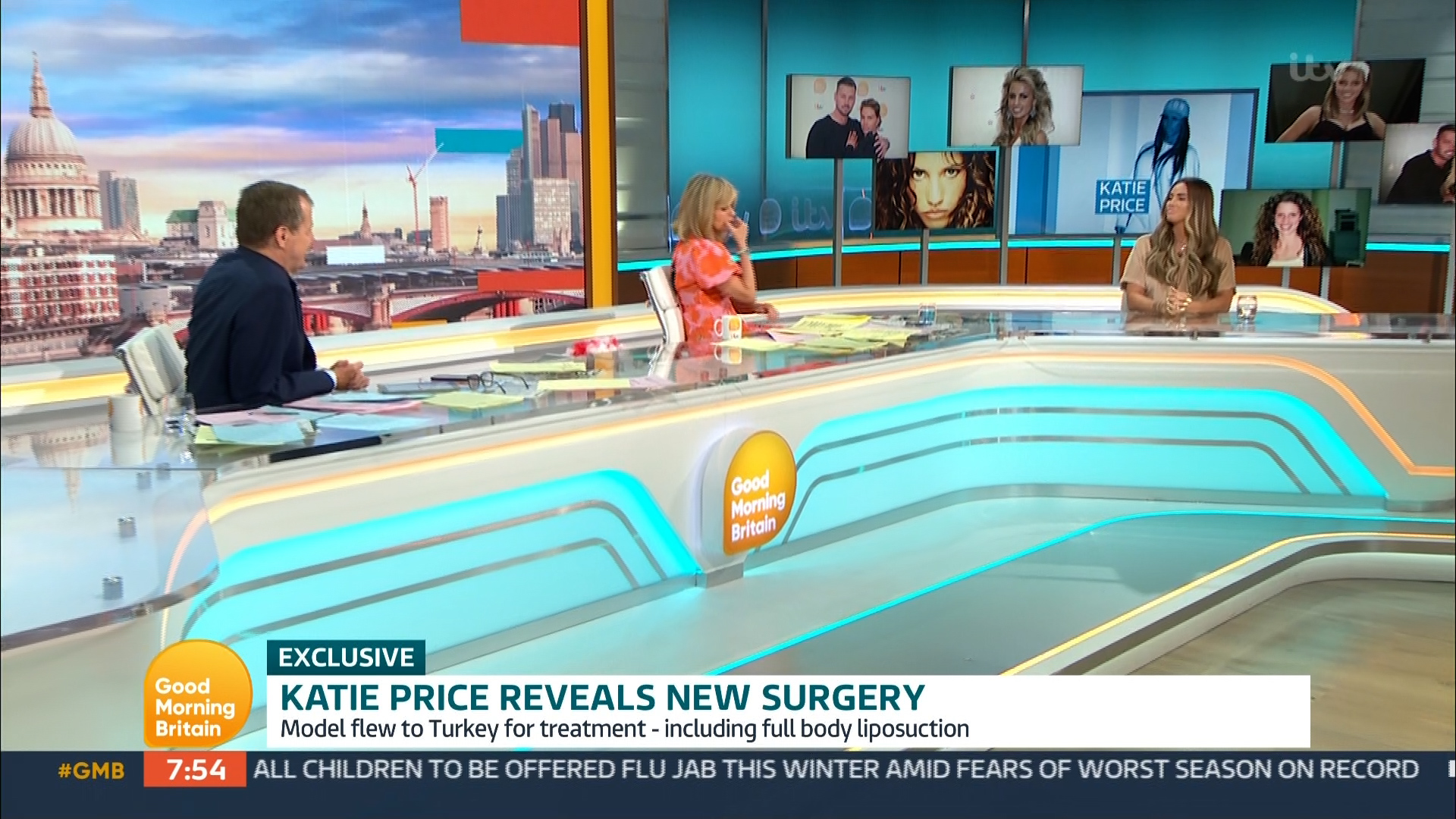 The mother-of-five hit back: "I have work so for me it's my work. I'm not doing it to be silly, I'm fully booked and I want to feel good on camera."

Amir replied: "With all due respect, I'd say we have to prioritise the health and lives of everyone around us."

He also asked why she wouldn't fulfil her work commitments without the surgeries – but Katie insisted she wouldn't feel comfortable. 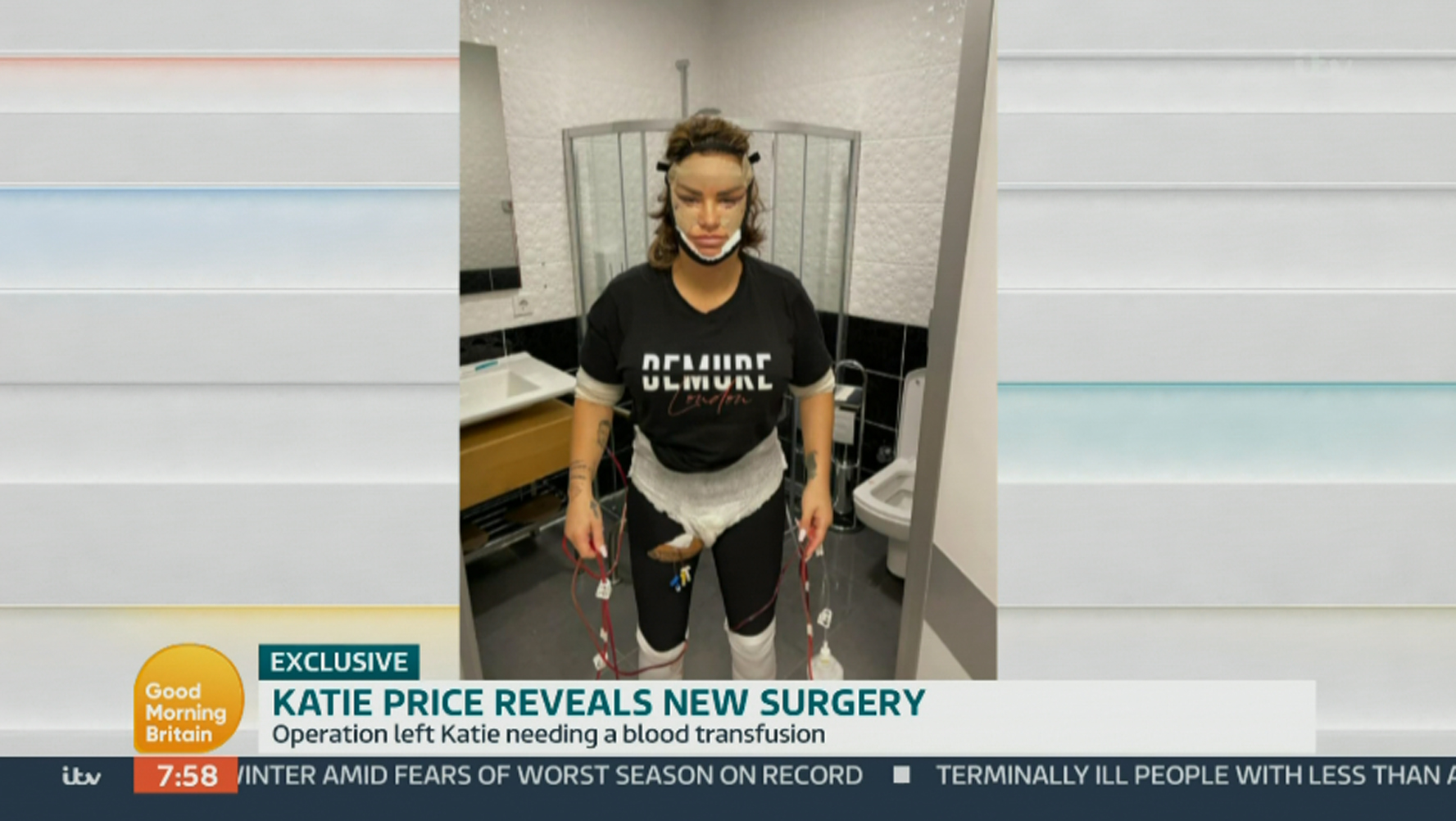 One wrote: "I don’t care about Katie Price’s surgery, everyone is entitled to do what they want to their bodies, I’m annoyed that she to a red country for vanity (not essential!) & thought she was safe in a Turkish hospital."

Another agreed: "Fair enough Katie price get what you want done to you it’s your own body but come on you went to a red country to get more surgery and your sat next to Kate Garraway who’s husband as been in hospital was in a coma and is still recovering from Covid. Some people." 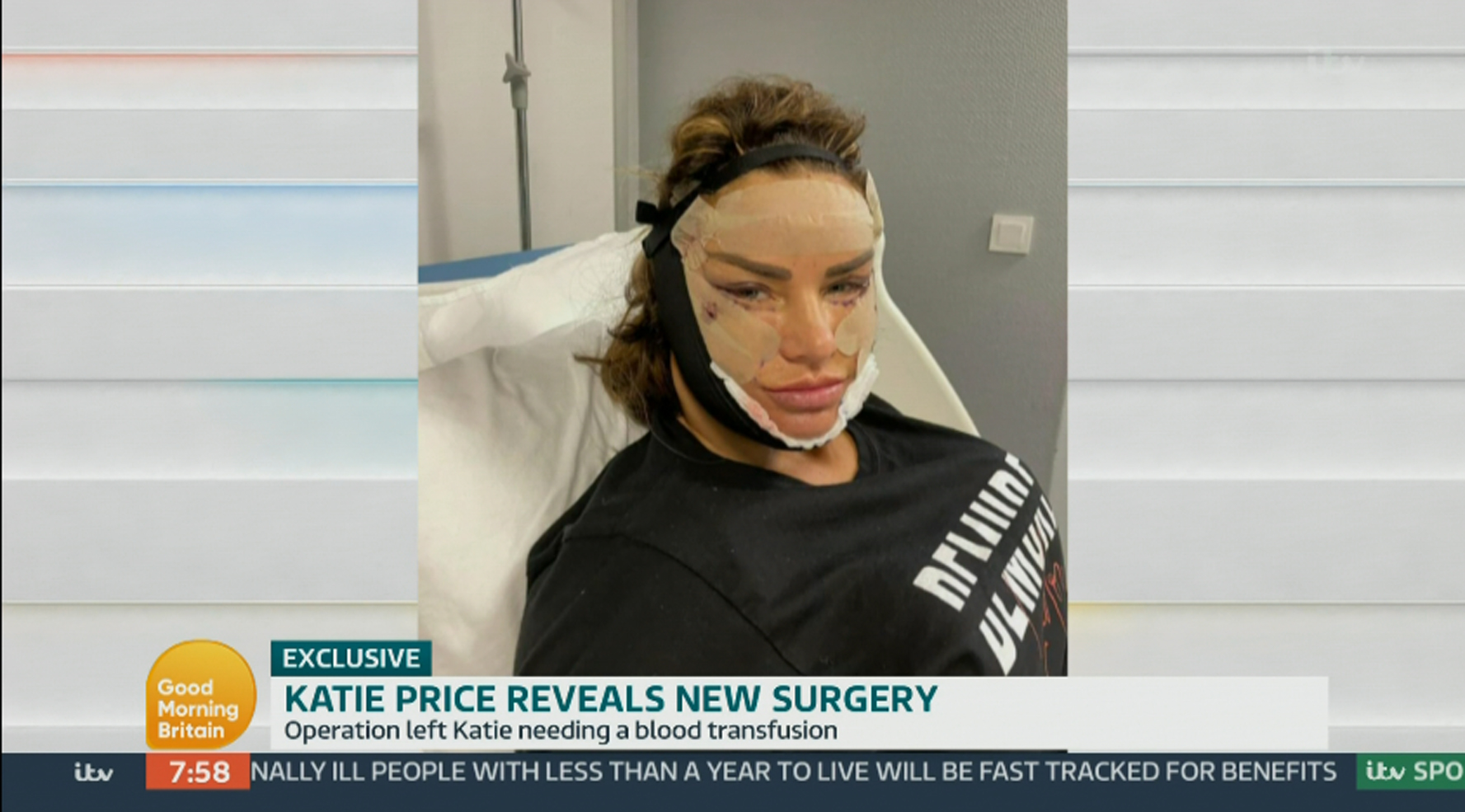 We told how she woke to be told she would need a transfusion — but refused fearing Covid from the blood.

Katie also admitted her fears that she'd been left looking like a monster after seeing the results for the first time.

The former glamour model brands herself a “surgery veteran” after three facelifts, and liposuction as many times.

She’s lost count of her boob jobs — thinking it’s around 12, and says Botox no longer works for her as she has had it so much since 30.