The former Towie star, 34, left little to the imagination as she posed up a storm. 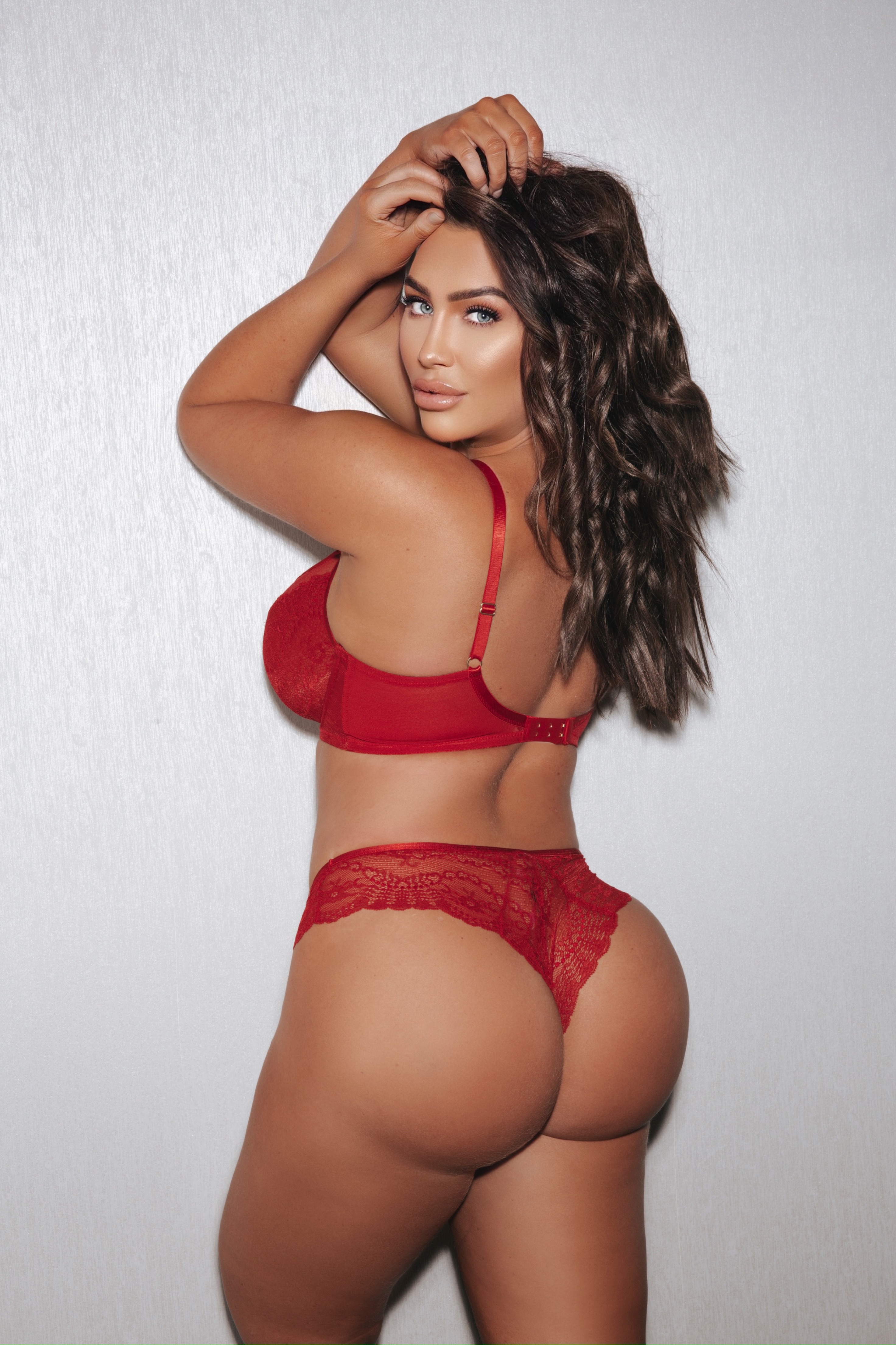 Wearing red lace lingerie, Lauren faced away from the camera to give fans an eyeful of her behind.

She let her brunette hair fall down her back as she lifted her head and looked over her shoulder.

In another snap, the star is all smiles while facing the camera and playing with her hair.

She placed her arm across her stomach as she showed off her front. 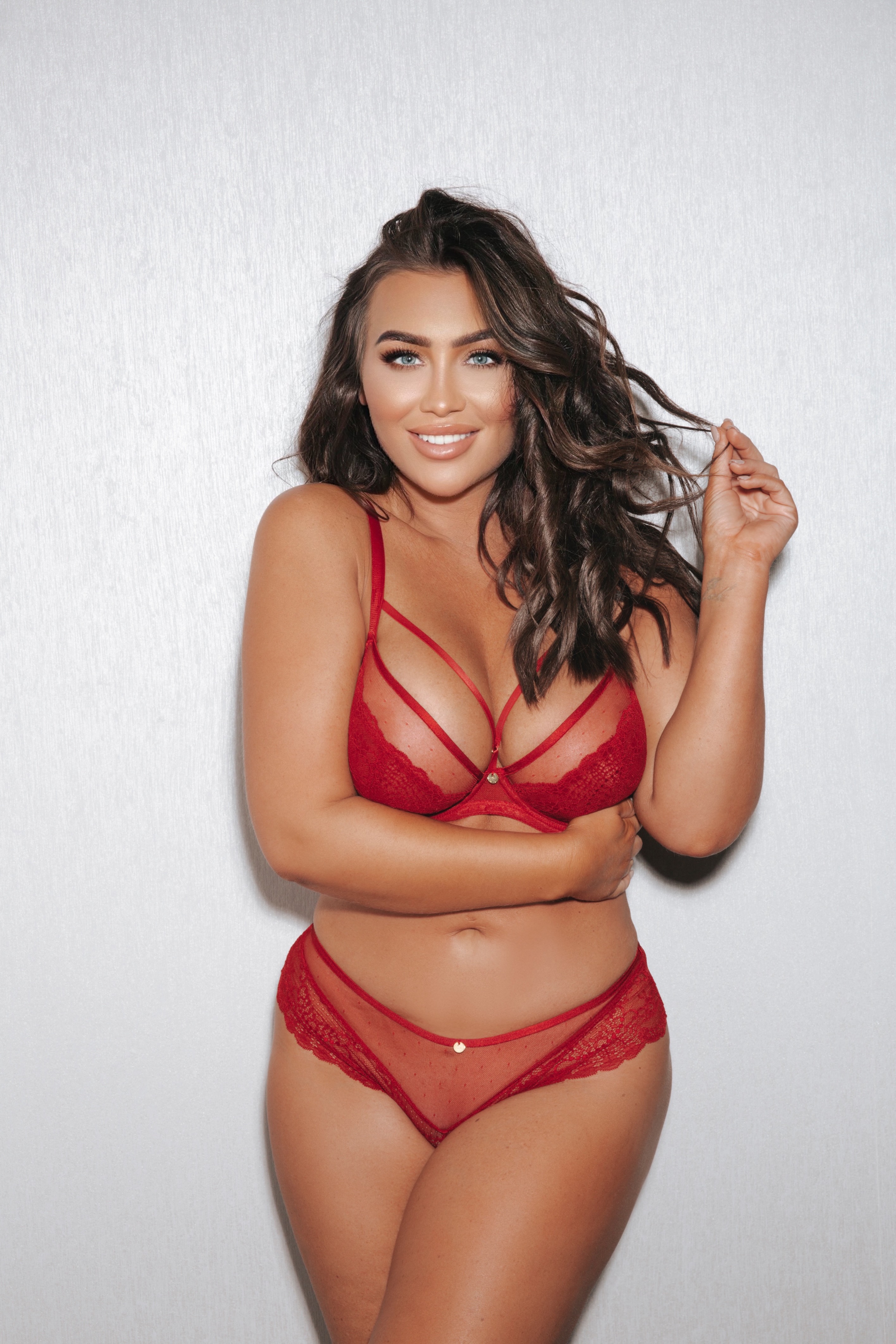 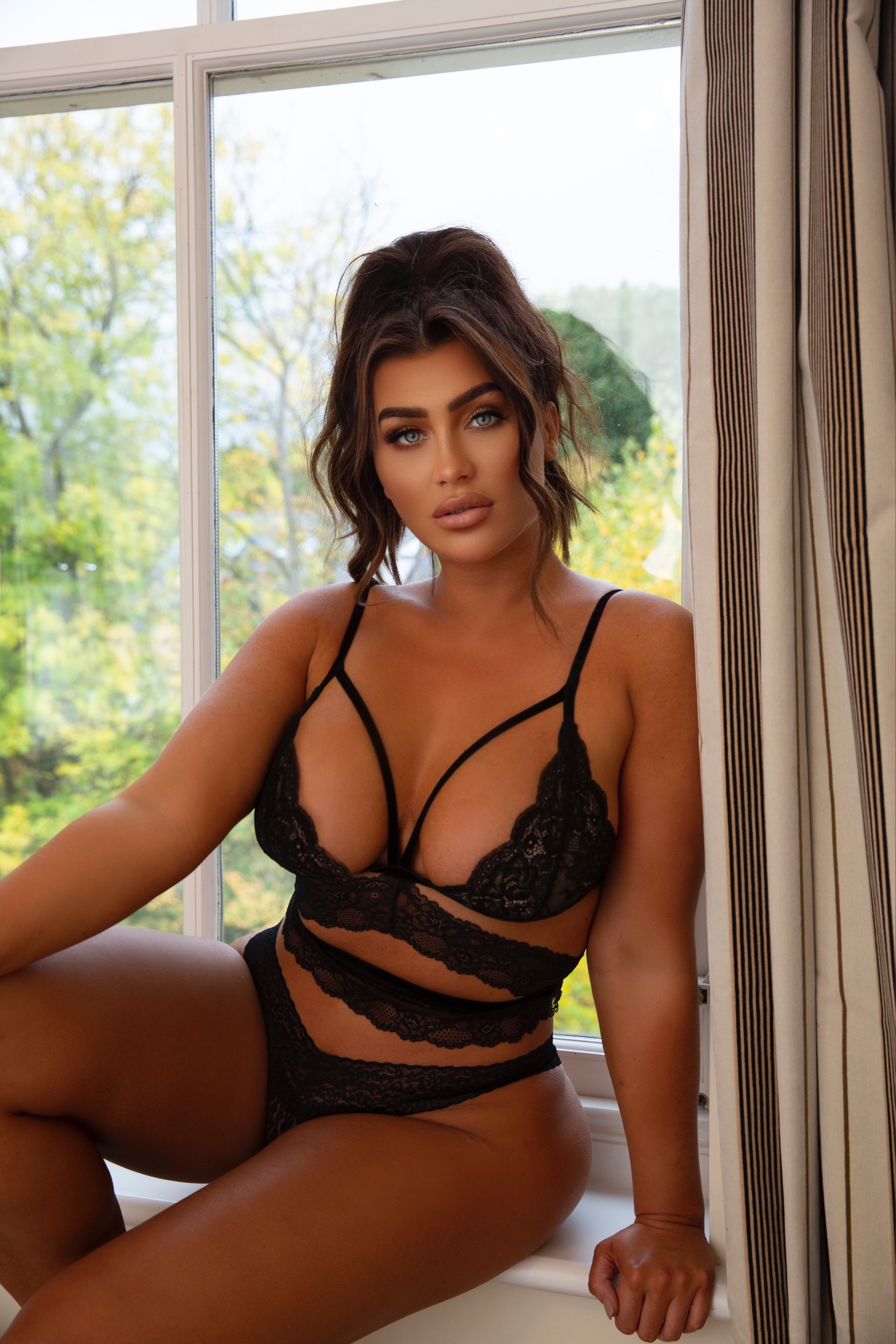 While fans can be stunned by her latest pics, they were less than impressed with her and boyfriend Charles Drury's Christmas tree last week

Twenty-three-year-old Charles was forced to defend their fir on Instagram after cruel trolls dubbed the set-up "s***".

They shared their decorating process on Instagram – donning the tree with lights and glitter-coated baubles.

Singing the festive Bing Crosby hit It's Beginning To Look A Lot Like Christmas, loved-up Charles filmed as the Towie star got stuck in. 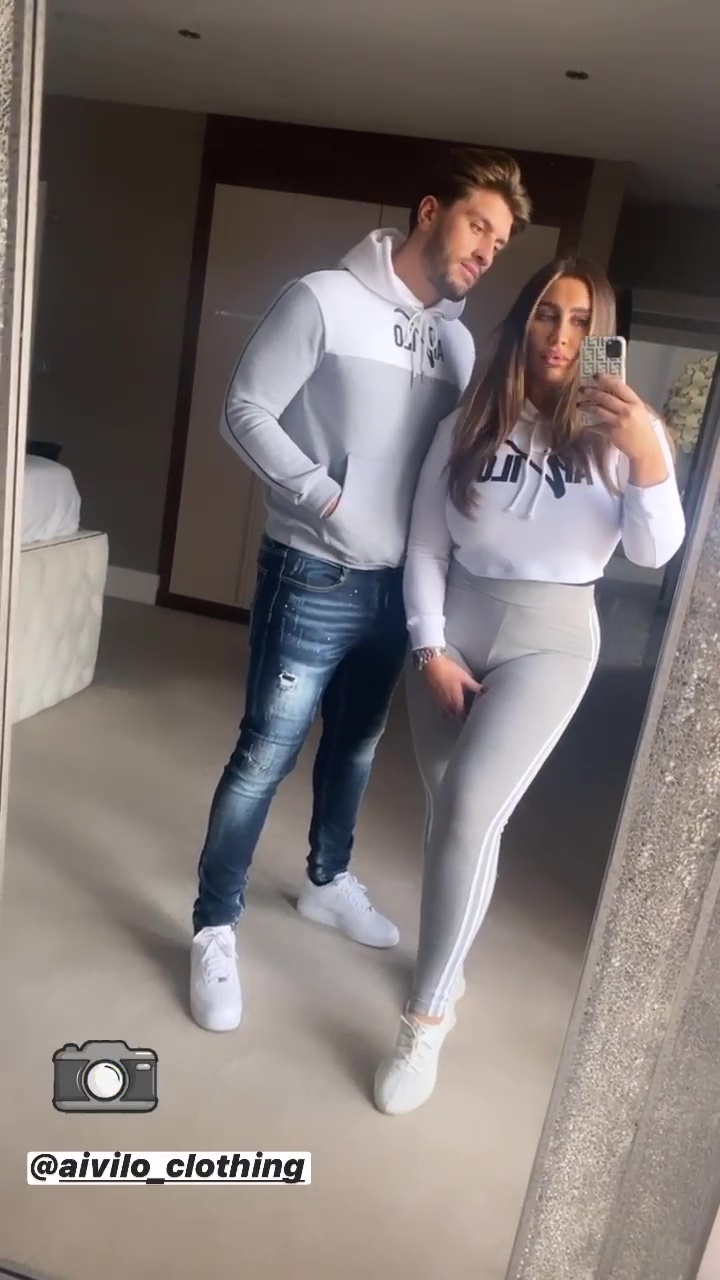 "We're a bit late to the party," an excited Lauren captioned a video on her story, adding: "Christmas tree time."

But before the pair had a chance to do a big reveal, the amateur footballer hopped onto his Instagram story to defend the evergreen.

Charles implied that cruel trolls had been slagging off the conifer as he dubbed their attempt a "practice go".

"Why are people saying our tree is s***?" he wrote, adding crying emojis and a tear-drop effect to the selfie. 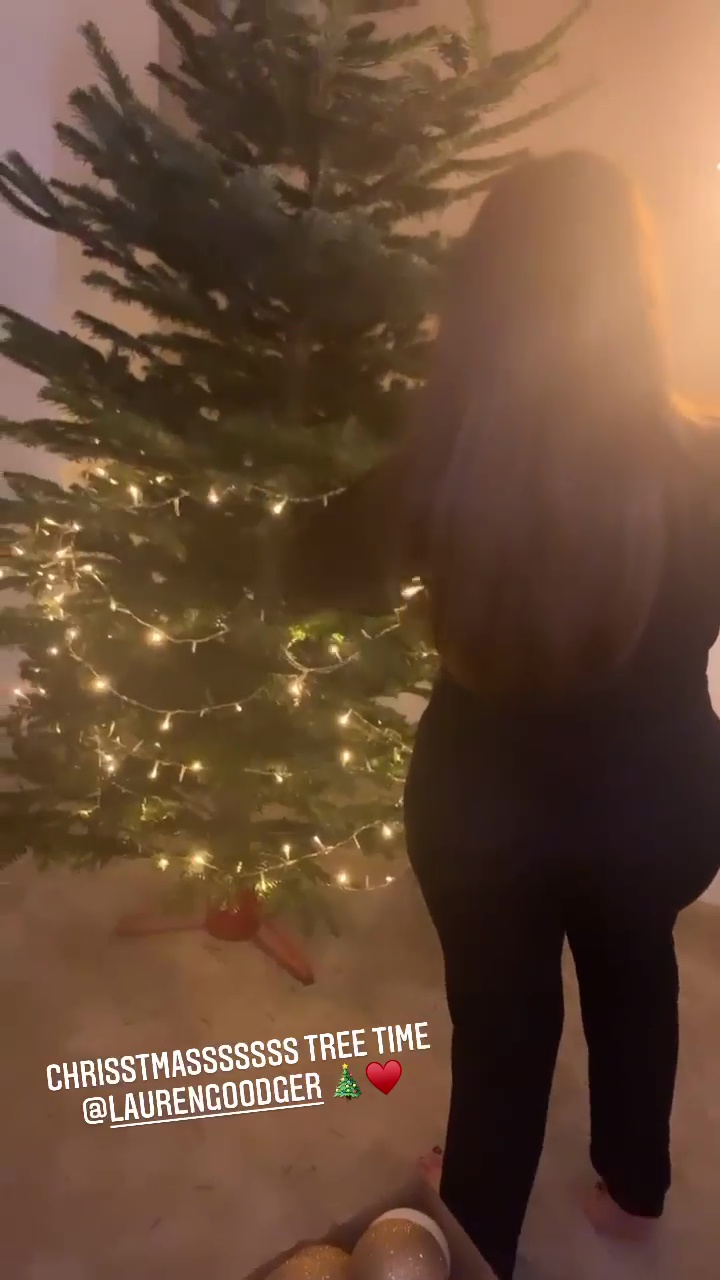 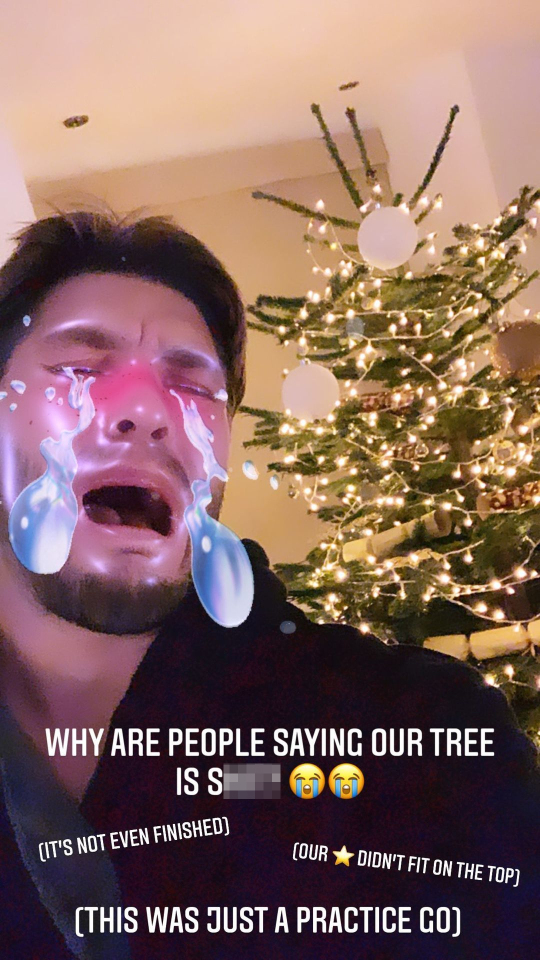 He clapped back at the trolls: "It's not even finished. Our [star] didn't fit on the top. This was just a practice go."

Reality TV star Lauren moved in with Katie Price's ex in October after a whirlwind romance of just three weeks of dating.

A source told The Sun: "Charles moved into her Essex home and they're really loved up. She's head over heels for him.

"Friends can't believe how fast she's fallen for him. Everyone is hoping that she's found The One."