Michael Landon wore many hats on the set of Little House on the Prairie. Creating the series in 1974, Landon also served as executive producer, frequent director and writer, and main character Charles Ingalls. Karen Grassle was cast as Charles’s wife Caroline, and soon discovered how Landon liked to keep a tight reign on the show.

Michael Landon was in charge everything on ‘Little House’

Grassle came from a theater background when she was recruited for Little House, and recalled Landon’s kindness on helping her get acclimated to television acting.

“When I came on the pilot, he was extremely kind and sensitive and a good director and really gave me a chance to find my legs because [TV] was a new medium for me,” she told People. “So I have to say it started out really, really great.”

Despite Little House having an ensemble cast and numerous crew members, it was clear from the beginning that Landon was head over all.

“Mike was the man,” Grassle wrote in her memoir, Bright Lights, Prairie Dust. “Star, producer, often director, and writer. And for me, he was my acting partner, my ‘husband’.”

RELATED: ‘Little House on the Prairie’: Karen Grassle Called This Part of the Set the ‘Dark Place of the Prairie’

Guest directors often got the boot from ‘Little House’

Grassle recalled working with a few other directors when they started filming Little House, but none of them lasted.

“[Landon] tried out guest directors, but while they were good, and we in the cast liked them, they were unable to please Mike,” she remarked. “He had such a clear idea of what the show should be.”

The Little House alum gave an example of how a visiting director had a different – and unacceptable – vision from Landon.

“One director, for instance, wanted me to play Caroline as a shy ‘country woman’,” Grassle wrote. “But I saw her as more direct, and Mike was adamant. That director was gone.”

The historical drama featured the ups and downs of the Ingalls family in rural Minnesota in the late 1800s. Grassle noted how Landon always wanted material to be portrayed as authentically as possible, down to every last detail.

“Early on, I asked [makeup artist Allan] Whitey [Snyder] to age my hands for a particular outdoor harvesting sequence,” she explained. “Mike stopped us. He said, ‘Do you know what your face would look like if your hands looked like that? This is not realism.’” 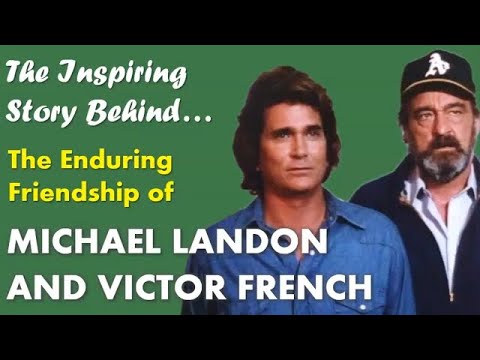 Grassle revealed that staffing on set stabilized over the course of the first season, though Landon never slowed down. While the crew was formed into teams to handle a specific facet of Little House, Landon was in charge of it all.

“Each team had a week to prepare… which made for great efficiency,” she wrote. “But for Mike, who was acting during his prep week and meeting with writers, going to dailies of the shows he didn’t direct, and overseeing every aspect, there was no break. Pacing himself was not an option.”