The 35-year-old star looked sensational as she got into the festive spirit for the live competition segment this afternoon, but viewers suggested she wore nude-coloured undies in the future. 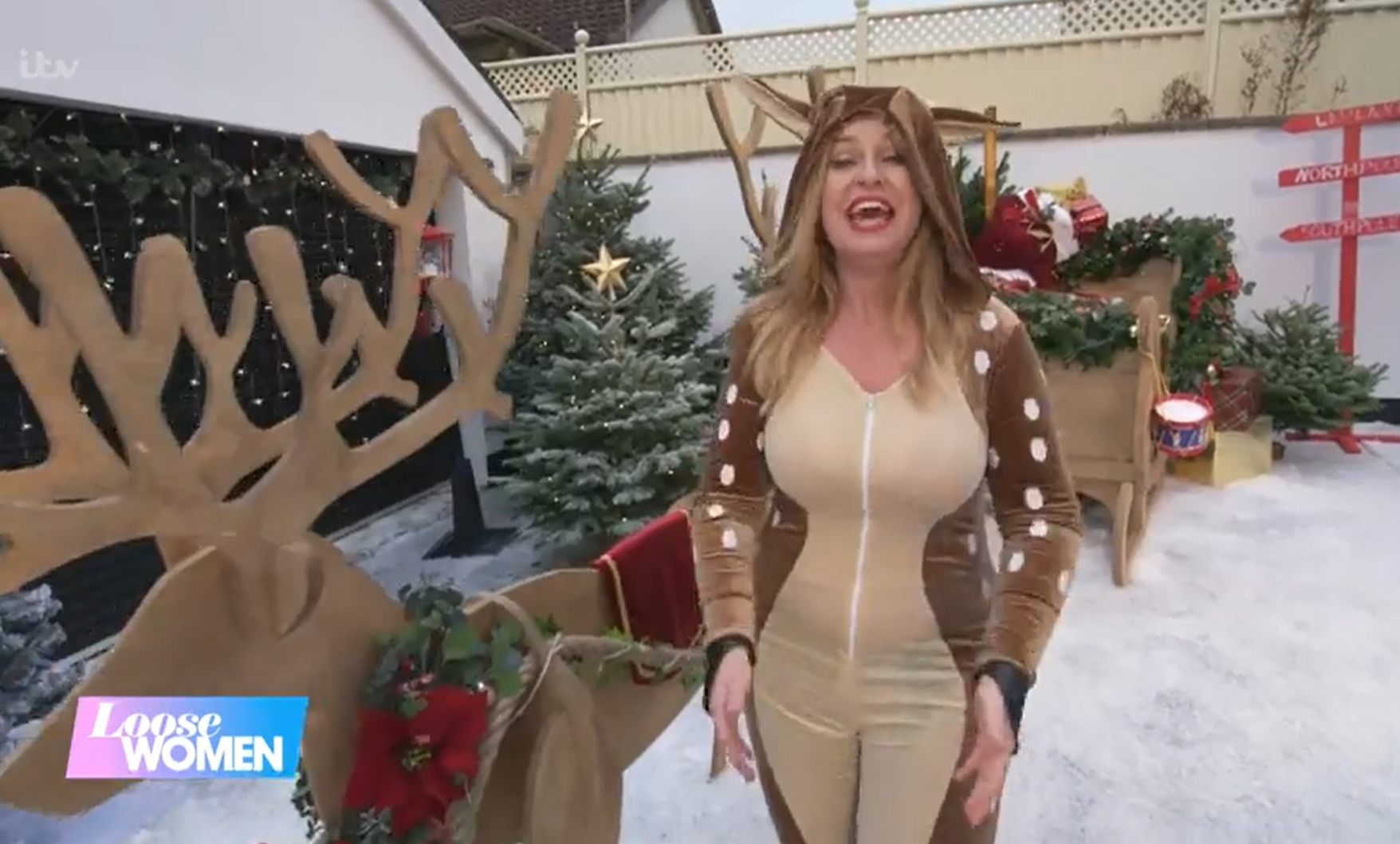 Josie showed off her figure in the bodycon costume, which had dark brown arms and legs but a lighter beige centre.

Complete with a hood and reindeer ears, Josie was enthusiastic as she told viewers about the exciting new competition – seemingly unaware that her plunging bra and matching knickers were visible through her outfit.

Viewers reacted to the costume blunder on social media, with one tweeting: "Can't cope with Josie's red underwear under that reindeer outfit."

Another suggested: "Next time wear nude coloured knickers Josie, pink ones are a little noticeable." 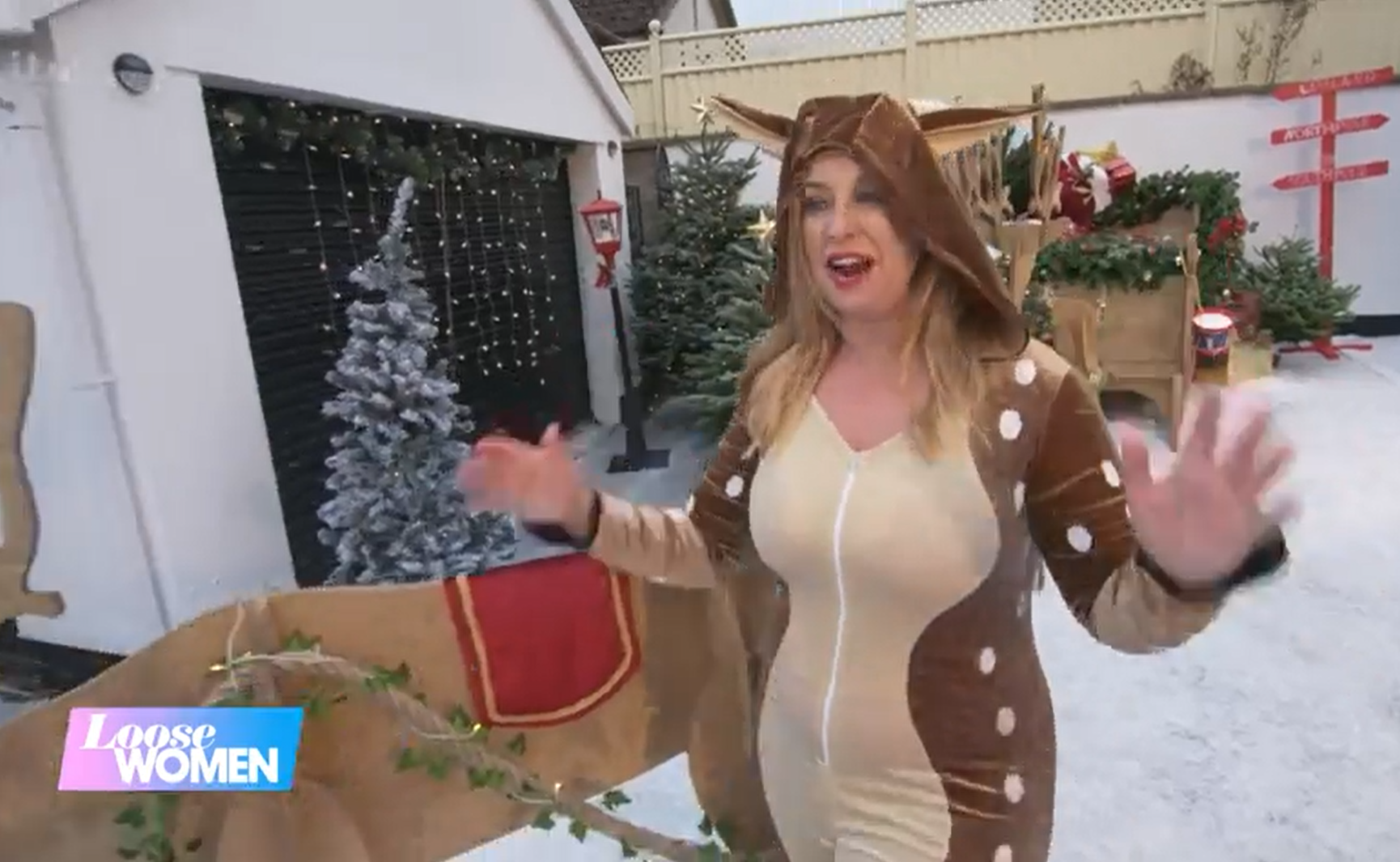 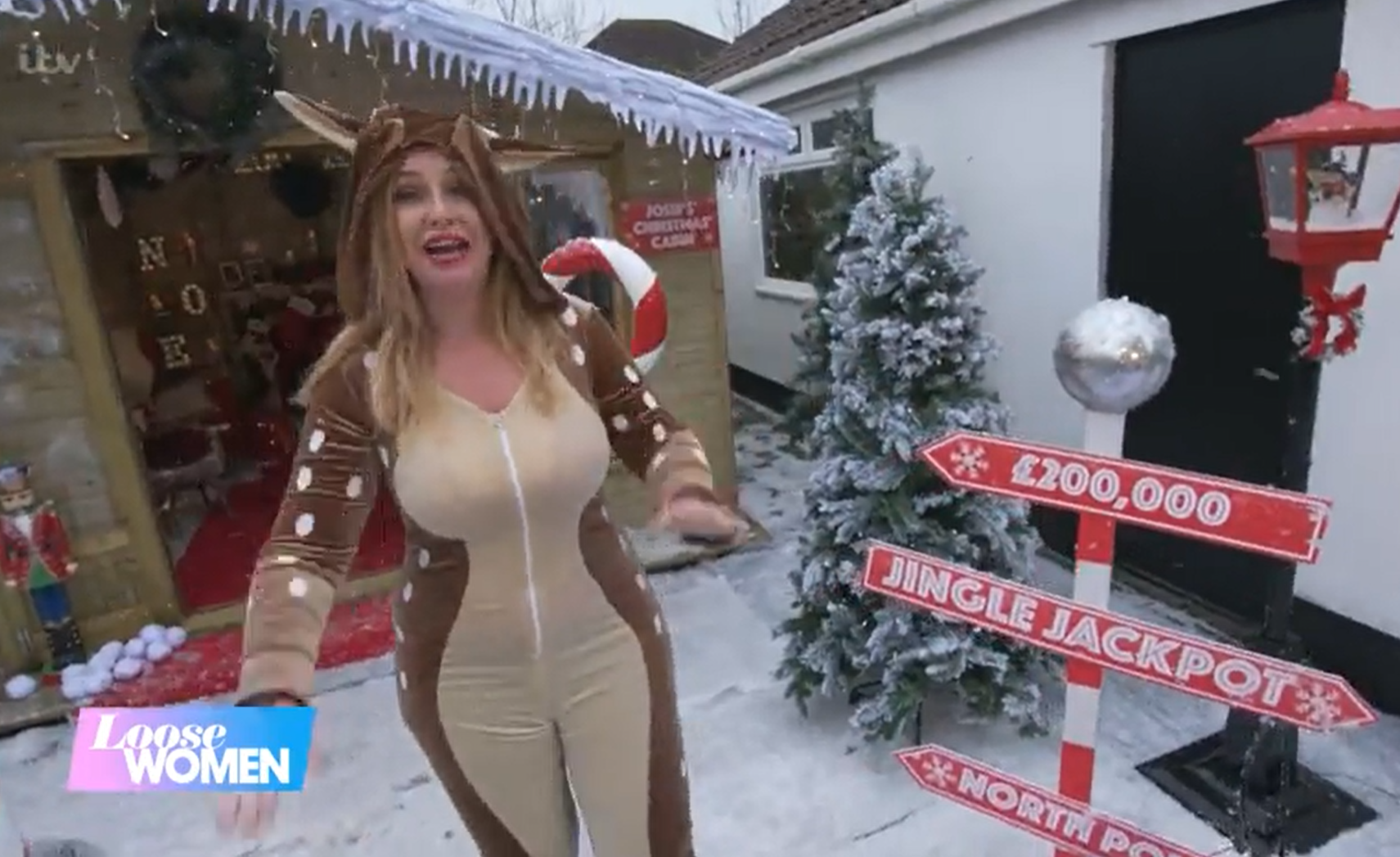 But the Loose ladies were blown away by the get-up, with host Andrea McLean exclaiming: "I've never seen a bodycon reindeer outfit!

Josie giggled as she chomped on a carrot while reclining in an armchair, thanking the star for the compliment. 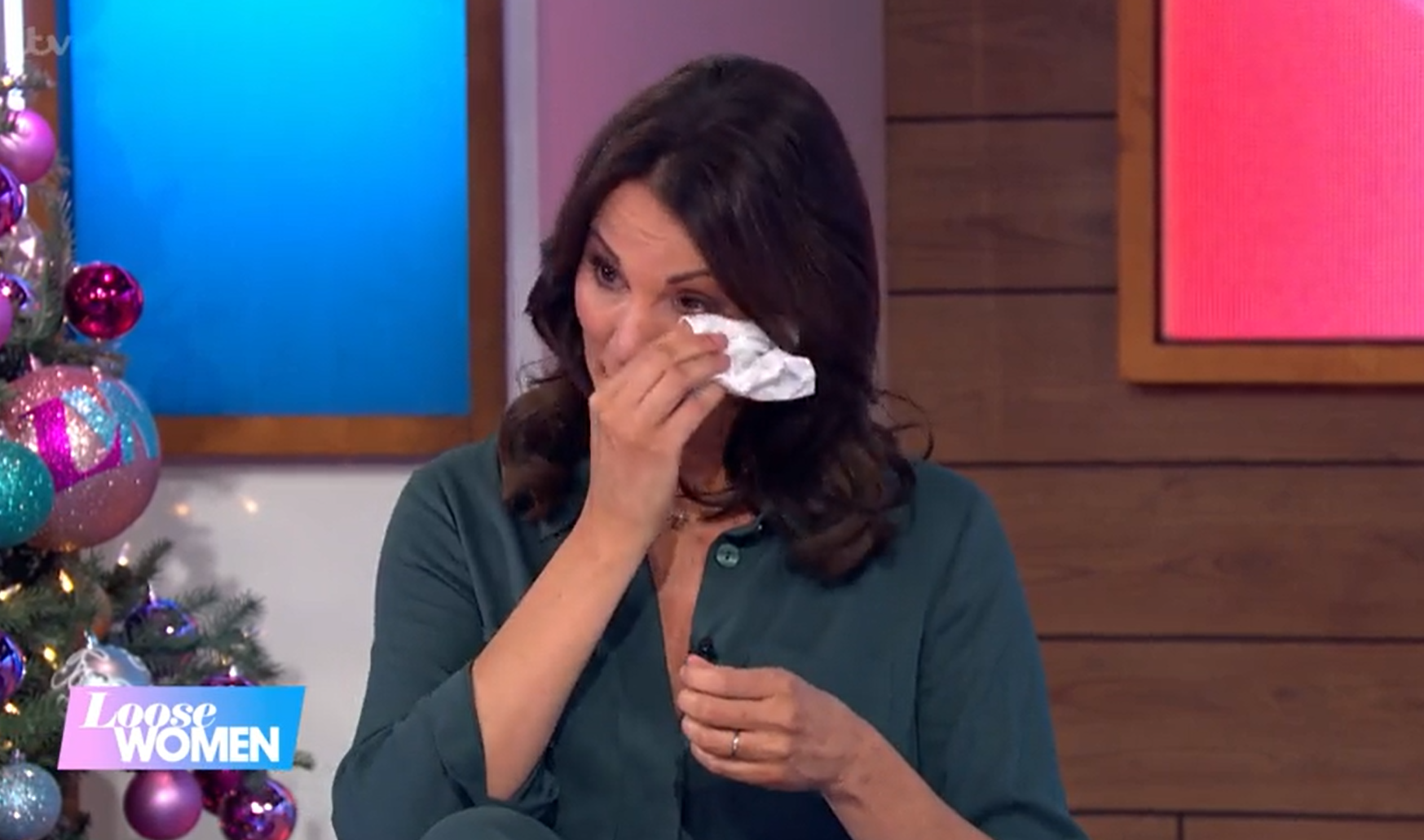 Later in the programme, there were tears as Andrea emotionally revealed that she'd quit Loose Women after 13 years as anchor.

The star reflected on her secret nervous breakdown last year as she told viewers that she wanted to take a chance and "jump" to see if she will "fly or fall".

Andrea insisted that the decision to leave was entirely her own as she sobbed while praising ITV for their support.