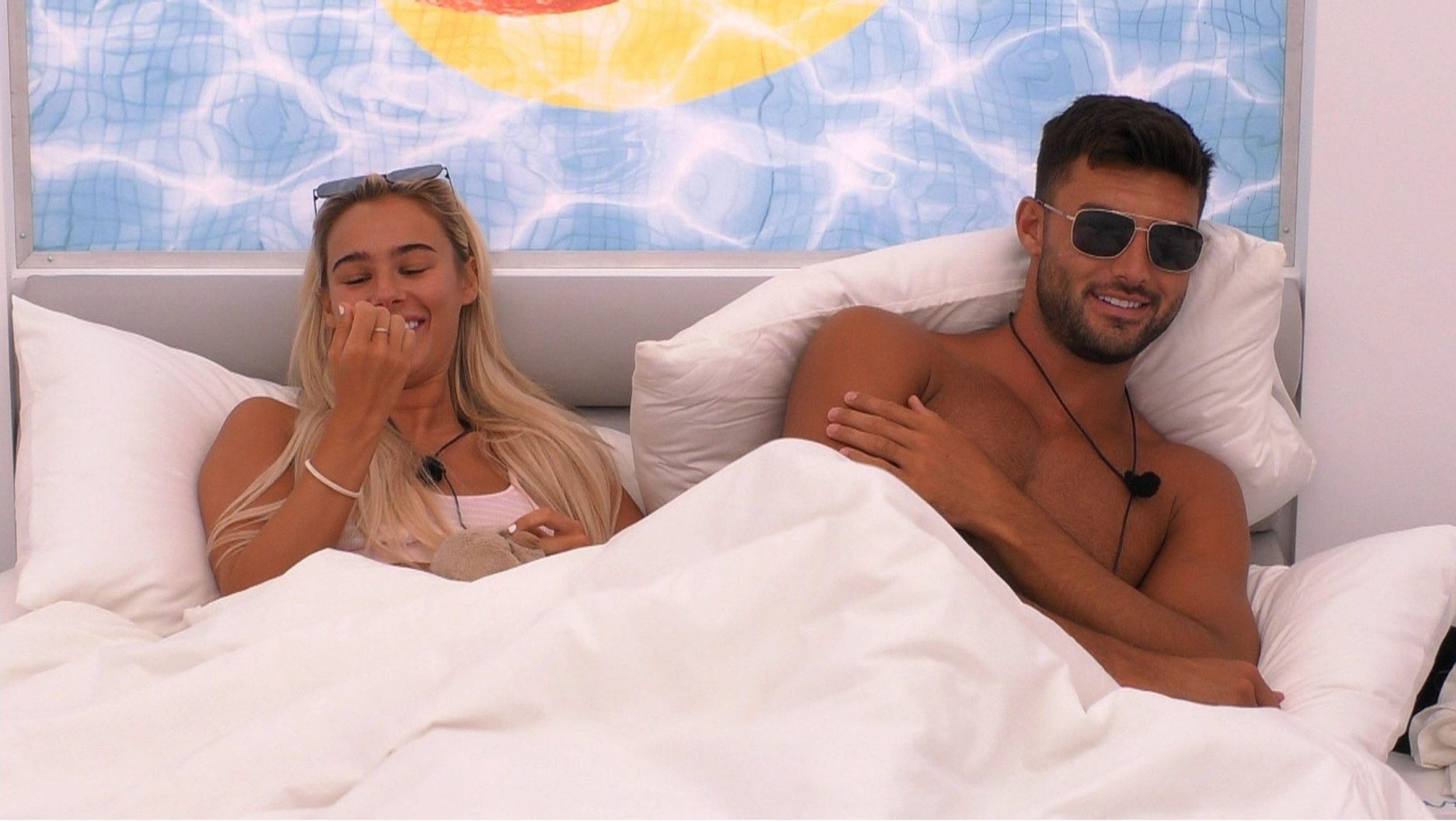 Heartbreak now seems more imminent on Love Island for poor Millie Court as, while she busily shares her worries with Faye Winter and then new boy Sam over what her other half Liam Reardon might be up to in Casa Amor, Liam’s head has indeed been turned by new bombshell Lillie Haynes.

Having coupled up with her in bed on the first night after Lillie declared she was ‘not going to even play it cool’ and was ‘throwing everything in the bag’, Liam has been left in no doubt as to how the 22-year-old trainee accountant feels – and it’s ‘scrambling his head’.

Scenes from the first night included him landing one on her before she returned the favour by giving him a lap dance and Liam admitted he found her ‘sexy’.

As Tuesday night’s episode progressed, Liam seemed more and more into Lillie, despite occasionally mentioning his coupled up status with Millie.

As Millie admitted that none of the new boys ‘compare’ to Liam in her eyes, she shared that she was pining for the 21-year-old Welshman, who was busy having a cosy chat with the bombshell.

Lillie made it clear she was ‘comfortable’ with him and (still) ‘throwing everything in the bag’, and Liam thanked her for the compliment which ‘means a lot’.

He admitted: ‘I’m very attracted to you, and I do enjoy your company. But then you know my situation.’

As Lillie called him out on being ‘a very flirty person’, Liam shared that he was only that way with people he wanted to flirt with as she branded him a ‘smooth operator’.

As he pondered on the ‘decision’ he had to make, he confessed that ‘his head had been scrambled’.

‘It is testing me. I’ll either make me really want Lillie and pursue something with Lillie, or it’ll make me realise how much I like Millie – and that’s just something I’ve got to experience here.’

Hold on everyone, it’s going to be a bumpy ride.