Lucifer season 5: Amenadiel and God ‘to team up’ as showrunner hints at secret bond

Co-showrunner Joe Henderson has the latest info of what Lucifer fans can expect from the long-awaited second half of season five. When new episodes finally make their way to Netflix, newcomer God (played by Dennis Haysbert) may warm better to his angelic son Amenadiel (D.B. Woodside) than his most disobedient child, the devil.

Showrunner Joe Henderson has confirmed God and Amenadiel will have a strong connection in the upcoming second half of Lucifer season five.

The almighty celestial finally arrived at the end of the last episode to put an end to Lucifer Morningstar (Tom Ellis) and his twin brother Michael’s epic squabble.

After being conspicuously absent for the rest of the series, God’s long-awaited arrival on Earth has set up a family reunion for the ages to come in season five, part two.

However, co-showrunner Henderson has hinted he’ll have a stronger connection to the angel Amenadiel, potentially leaving the misguided Lucifer by the wayside. 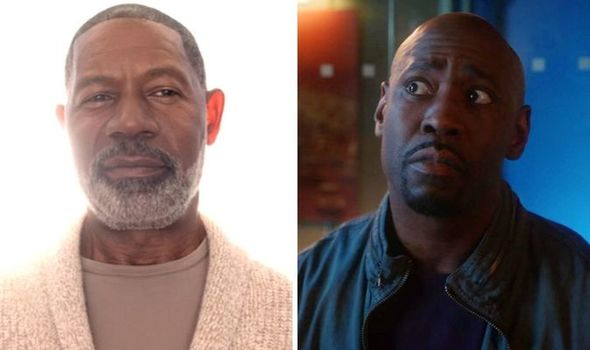 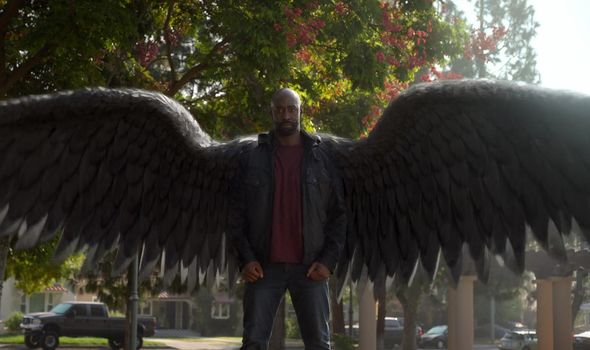 The head writer recently spoke to CBR.com to preview what’s to come for Amenadiel after he became a father himself at the end of season four.

He began: “In 5b, a lot of Amenadiel’s arc is looking at his father from an entirely new perspective, as a fellow father. What would he do similarly? Differently?”

So far, Amenadiel has perceived his relationship with God to be better than Lucifer’s after the devilish archangel was cast out after his rebellion against Heaven.

Amenadiel believes he has been given a number of cryptic tasks and signs from his father, while Lucifer’s prayers have gone completely unanswered. 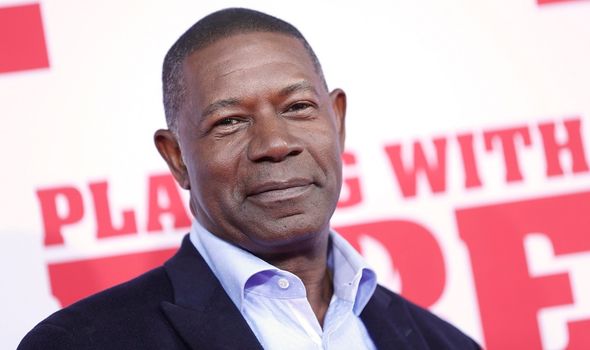 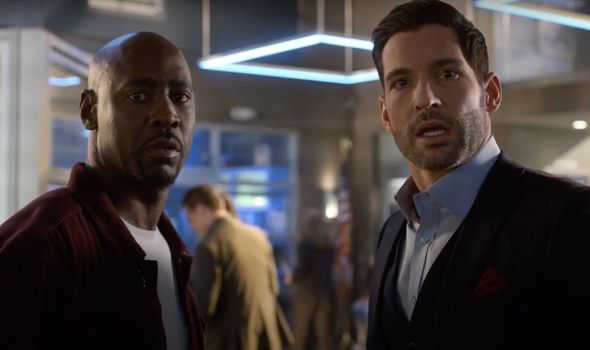 With God set to take an extended vacation on Earth in the new instalment, Amenadiel may find he has more in common than his father than he thought now he has his own challenges with baby Charlie to deal with.

Even so, God’s parenting skills have left something to be desired thus far, and brothers Lucifer, Amenadiel and even Michael may have to come to terms with how neglectful he’s been in the past.

Henderson went on: “What did he wish his father did for him? And what are the things that in seeing his own father he realizes he needed to do to him at that time?”

It’s still unclear if Lucifer’s dad will play a more antagonistic or benevolent role in the rest of season five, but the showrunner seemed to suggest he’ll be a loving rather than vengeful God.

He also confirmed a number of scenes will play out with God and Amenadiel, reuniting co-stars Dennis Haysbert and D.B. Woodside from their days on Fox thriller, 24.

The two actors previously portrayed US President David Palmer and his brother Wayne Palmer, respectively, in the show’s earlier seasons.

Their established chemistry could lend itself to a natural partnership for God and Amenadiel once they finally reunite in the next eight episodes.

Henderson revealed: “Some of my favorite scenes in 5b are with God and Amenadiel.”

“What’s great is D.B. and Dennis have this incredible shorthand from being on 24 together, as brothers in that case, but there’s an intimacy that you’ll see on the screen that comes off really well.”

God may have come down to try and reason with his bickering sons, or simply vanquish the devious archangel Michael altogether at the top of season five, part two.

Even so, there is always another threat waiting for the right opportunity to take a shot at Lucifer and his new family, and God could be the ally they need to take them down.

Lucifer Season 5, Part 1 is available to stream on Netflix.