Mandy devastated as she discovers Vinny's already married in Emmerdale 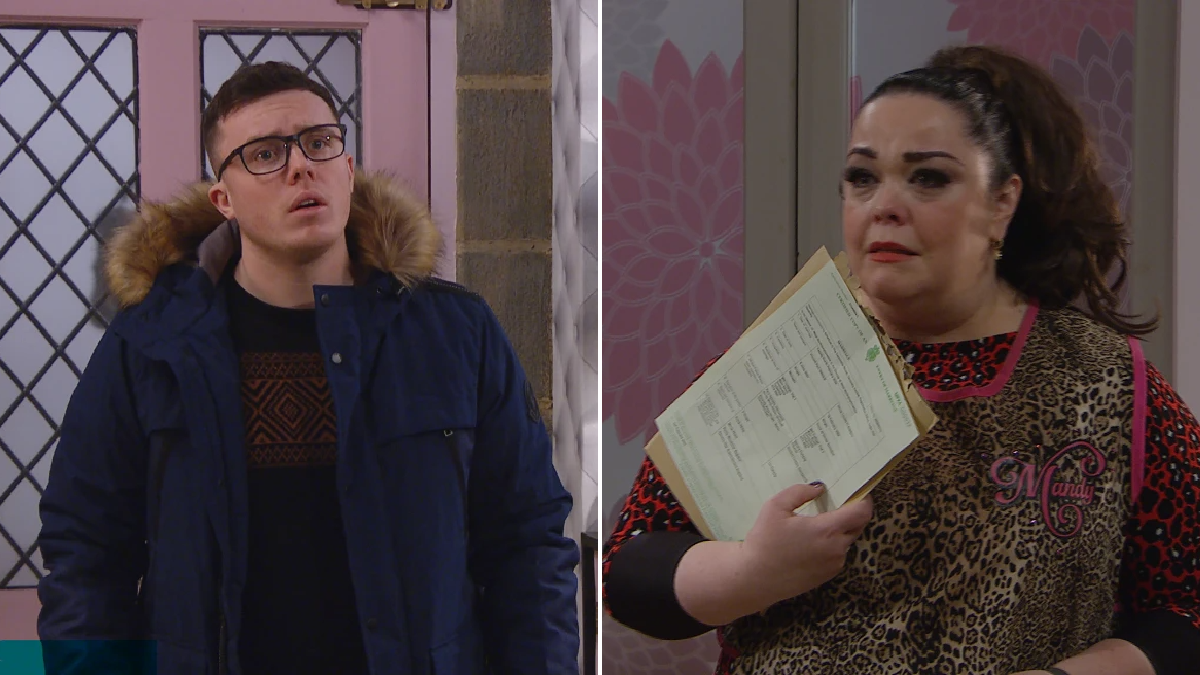 Recently, Mandy was led to believe Vinny and Liv had got engaged so, with Mandy being Mandy, she set about planning a very extravagant wedding.

This made things terribly awkward as Vinny and Liv couldn’t bring themselves to tell Mandy they had already tied the knot.

Tonight, Noah (Jack Downham) got his hands on Vinny and Liv’s marriage certificate after a mix up with the post.

Noticing the label said, ‘Mr and Mrs V Dingle’, Noah quickly realised what was inside.

Making his way over to the salon, Noah handed Mandy the envelope, deliberately alluding to something being amiss over the sticker.

When the penny dropped, Mandy was devastated.

Mandy confronted Vinny, heartbroken that she wasn’t invited to her son’s special day.

Back at home, Mandy sat down with Lydia (Karen Blick), unable to forgive Vinny over the betrayal.

To make matters worse, Mandy concluded that the reason Vinny didn’t tell her must be because he doesn’t see her as his real mum.

With Vinny and Mandy facing a difficult patch, will this mother/son duo ever be the same again?