'Masked Singer': Grandpa Monster Says It's 'Almost Too Perfect' Nicole Scherzinger Mistook Him for His Brother 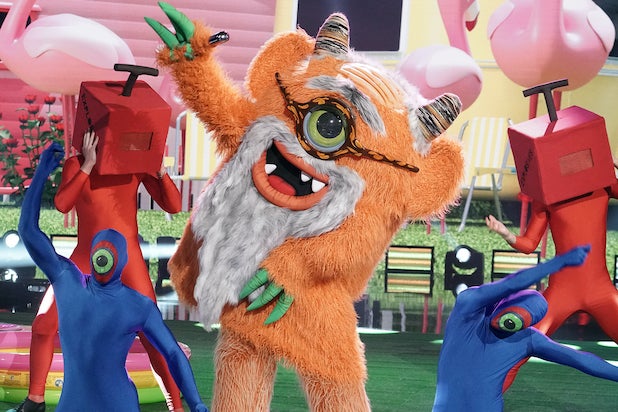 (Warning: This post contains spoilers for Wednesday’s episode of “The Masked Singer.”)

YouTuber Logan Paul was the celebrity eliminated and unmasked on tonight’s installment of “The Masked Singer” Season 5. But before he took his Grandpa Monster head off, judge Nicole Scherzinger confidently guessed the contestant’s true identity was another internet star: Logan’s brother, Jake Paul.

“It was almost too perfect with how close she got,” Logan Paul told TheWrap ahead of his unmasking on Wednesday’s episode. “A part of me was disappointed because I don’t love being mistook for Jake, as I’m sure he doesn’t like being mistook for me. We’re our own people who have completely separate identities. We’re yin and yang. The exact same and the exact opposite. So when she said it, I was under the mask and my heart sank a little bit. But I knew it was going to provide a good opportunity to confront her, if you will, during the unmasking, and I think we had fun with it.”

And Logan definitely rolled with it as soon as he took his mask off and Scherzinger saw how close she came to being right, while getting it dead wrong.

“I kind of bit my tongue and definitely stared her down and I said, like in a joking way, ‘You thought I was Jake?’ She was almost disappointed in herself, even though she shouldn’t have been, because it was a great guess,” Paul said. “I definitely had a moment with her. But then she slipped up again, she said something about ‘your brother fighting Floyd Mayweather [Jr.],’ because there was a clue about me fighting and that’s when I lost it. ‘Nicole, Nicole, that’s me! I’m doing that! Please.’ And I told the cameras to zoom in to my face and I said, ‘America, I am Logan. I am not Jake.’”

Earlier in the episode, Paul performed Joan Jett’s “Bad Reputation,” which is what first made Scherzinger think he was his brother Jake because of his “bad reputation.” When we asked Logan if Nicole’s reasoning there made him feel any better about the incorrect guess, he confirmed it actually does.

“In that way, in you saying it now and me hearing it, yes, yeah, sure,” he said. “It does actually, thank you.”

As fans of “The Masked Singer” know by now, every celebrity who goes on the Fox singing competition has a different reason for doing so. Logan Paul’s was twofold: 1) He loved the format, and 2) He did not survive his attempt to appear on its spinoff series, “The Masked Dancer.”

“I had never sat down and watched a full episode, mostly because I don’t watch traditional television, but I obviously have seen the clips online,” Paul told TheWrap. “And as a fellow creator, if you will, I think the format of the show is brilliant — the anonymous nature of singing and guessing, and [the way it’s] produced is awesome. Truthfully, my PR team was able to get me on ‘Masked Dancer’ first, the spinoff.”

He continued: “So I went to my ‘Masked Dancer’ rehearsal, I did about an hour of dancing and got home and called them and said, ‘Get me off this show. I cannot dance. I am not having fun. I’m sweating. This is a nightmare.’ And they did. I said, but if you can get me ‘Singer,’ I would be interested in that. And they came through. So when they presented me with ‘Masked Singer,’ it seemed like a no-brainer because of how scared I was of singing on a stage that big, which is how I know I should do something.”