Microsoft's Xbox Game Pass Will Be Available On iPhones, iPads Next Year (Report) 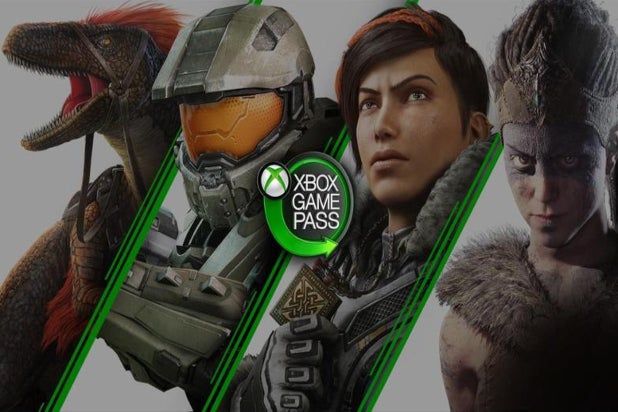 Microsoft’s game streaming service, Xbox Game Pass, could be available on Apple devices for the first time next year.

In a meeting last Wednesday, Xbox head Phil Spencer told employees that the company is looking to bring Game Pass to the iPhone and iPad with a new “direct browser-based solution” that would let players game online. Spencer told employees “we absolutely will end up on iOS,” according to a report from Business Insider, which first published the scoop, cited numerous unnamed sources “with direct knowledge” of Spencer’s comments.

Microsoft did not immediately respond to TheWrap’s request for comment or confirm when (or if) Game Pass for Apple devices could launch.

Since it launched in June 2017, the $10/monthly service has been available to users on PC computers and Xbox hardware, but excluded from Mac products. If Game Pass does become available on Apple devices, Microsoft’s reach is greatly expanded; there’s roughly 108 million iPhone users around the globe, and that number is only expected to rise, according to Statista. Apple operates its own game subscription service for mobile titles, the Apple Aracade, which would directly compete with Game Pass.

Game Pass became available to Google Android users last month. Users stream games from the cloud to their Android and use a Bluetooth-enabled Xbox wireless controller connected to their phones to play.

In September Apple explained that Game Pass wasn’t available on iPhones because of Apple’s strict content review policies. Since the games on Game Pass are usually created by independent publishers, Apple can’t verify or review each individual game included in the subscription before it goes live. Apple is known to be strict when it comes to its app store guidelines — its currently gridlocked in a legal battle with Epic Games, the publisher of “Fortnite,” over in-game payment rules.

“The App Store was created to be a safe and trusted place for customers to discover and download apps, and a great business opportunity for all developers,” an Apple spokesperson told Business Insider. “Before they go on our store, all apps are reviewed against the same set of guidelines that are intended to protect customers and provide a fair and level playing field to developers.”

It remains to be seen exactly how Microsoft would port some Game Pass titles over to mobile devices — the point of Game Pass is to offer a “Netflix for gaming” style service with many different types of games. Some titles on Game Pass, like larger open world games, might not port over easily to mobile. It’s entirely possible Microsoft could look to focus on porting the most popular mobile genres: typically shooter games, multiplayer role-playing action games, or casual puzzlers.