Home » 'Miz & Mrs.': When Gift Giving Is a Competition, Who Ends Up Winning? (Exclusive)

'Miz & Mrs.': When Gift Giving Is a Competition, Who Ends Up Winning? (Exclusive)

Married WWE superstars Mike and Maryse Mizanin from USA’s reality series Miz & Mrs. take their competitive streak from the ring to gift-giving trying to outdo the other.

In an upcoming episode, the couple celebrates their anniversary, and their competitive gift-giving takes a hilarious turn. Mike scores his bride some land on Mars via a Groupon. (He joked with Showbiz Cheat Sheet that he wishes he didn’t reveal that on camera.) But Maryse “one-ups” him by buying a huge billboard for him that says, “Worlds Greatest Father.” Overwhelmed with joy, he takes friends singer Ryan Cabrera and WWE star Alexa Bliss to see the billboard, only to find out it’s been defaced and now says, “World’s Greatest Farter.” 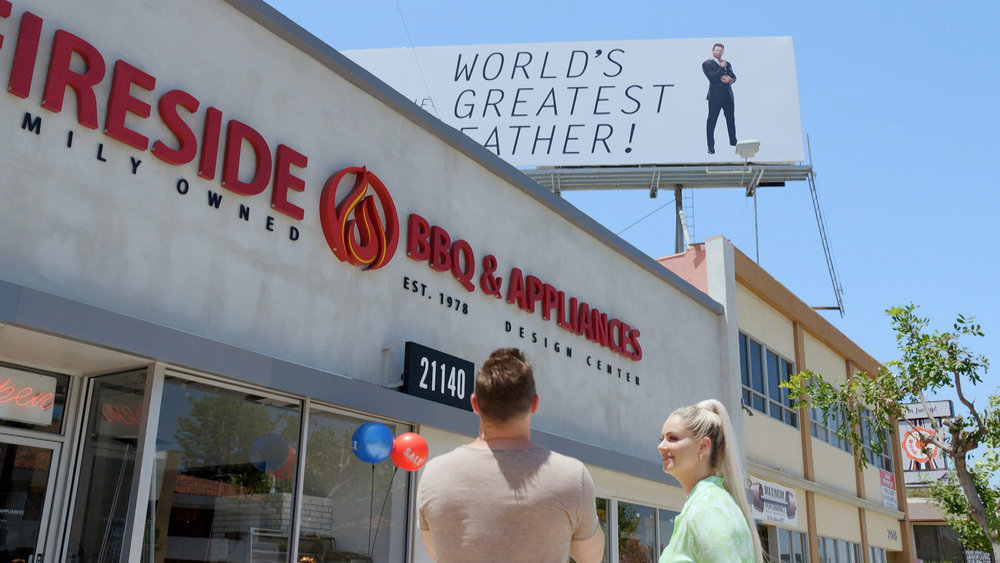 Gift giving is a competition on ‘Miz & Mrs.’

Mike and Maryse told Showbiz Cheat Sheet gift-giving is a competitive sport in their house. “It’s not just our anniversary, I think it’s with everything,” Maryse laughed. “I don’t know if it’s sad or funny.”

And while the couple sets rules on how much they will spend on gifts, Mike said those rules are always broken.

“We make ground rules and the rules are made to be broken,” he said. “That’s the problem with us!” But he says bending the rules comes naturally since he and Maryse are usually the villains in WWE. “We were bad guys for so long,” he said. “So, cheating is OK. Well, not cheating like that. But cheating at the game. We say 50 bucks. Usually, it’s not gonna be 50 bucks. It’s gonna be way more expensive.”

In fact, Mike isn’t satisfied with his Mars real estate gift and tells Ryan he’s got another surprise gift for Maryse. “I told her it was the first gift of many,” Mike said in an exclusive preview clip.

What happens to the ‘World’s Greatest Farter’ billboard?

Mike and Ryan discuss an original song Mike wrote for Maryse. He told Showbiz Cheat Sheet he was definitely the “gift giver” winner because the song, which will be featured on the upcoming episode, was completely over the top. “During the episode, I think I come up with something that is absolutely amazing, absolutely incredible,” Mike teased. “And I think my wife even agrees. I think I won that competition.”

Maryse said she was truly blown away and viewers will be too. “You know, it’s not just the song, it’s is the fact that he did that in front of everyone,” she said. “I could not believe it. The song was very entertaining, but it’s the way he went about it. The way he went about it is not common.”

Mike said he could have written her a poem and shared it with her. “But I wanted to showcase my love for her,” he shared. Maryse teased that he shut down an entire restaurant.