A fascinating doc, even if you’re already aware of the U.S. government’s campaign against the civil rights leader 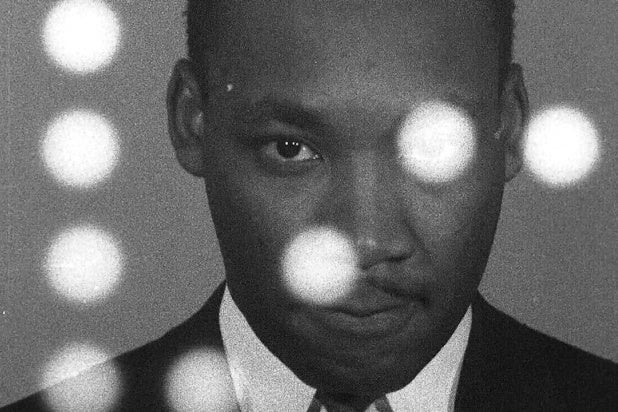 Pollard (“Mr. Soul!”) weaves together the many facets of J. Edgar Hoover’s efforts to discredit King, and as we learn the timeline of these efforts, the film examines them in the context of the FBI’s constant selling of itself to the American public as unassailable good guys. Ultimately, the documentary tells a larger story of how dissent is punished in the United States, and how white power structures perpetually prop themselves up. (Welcome to 2021.)

Pollard and his interview subjects, which include King confidants Andrew Young and Clarence Jones as well as controversial former FBI chief James Comey, walk us through the reams and reams of recently declassified bureau files detailing wiretaps, informants, and all the other ways the government both observed and attempted to disrupt King’s activism. (Comey refers to Hoover’s campaign against King as the bureau’s “darkest time,” which is saying something.)

At the same time, these interviews fill in the blanks those files don’t cover, from King’s personal anxiety over the potential revelations of his adulterous affairs to the way that even supportive media outlets turned on the reverend when he shifted his gaze from civil rights to issues like the Vietnam war and poverty in America.

We don’t see any of those interview subjects, incidentally, until the very end of the film, which allows Pollard and editor Laura Tomaselli (“Surge”) to craft a dazzling visual collage. We get the expected news footage of King and Hoover, and screen-filling FBI paperwork (complete with scribbles and redactions), but “MLK/FBI” also reveals the bureau’s ongoing marketing campaign for itself, first through film and later on television.

From classroom films of young boys saying they want to grow up to be G-Men to movies with titles like “I Was a Communist for the FBI” to the 1960s hit series “The FBI,” Hoover was perpetually using the media to quell any potential scrutiny of his agency’s methods.

As this film points out, however, Hoover was no rogue or renegade; the Kennedy brothers and LBJ might not always have approved of his methods, but the FBI’s harrassment of King – apparently based equally in racism and in Red-scare terror – got an implicit or explicit OK all the way up the chain of command.

“MLK/FBI” demonstrates documentary film’s ability to assemble and contextualize historical facts in a provocative and insightful way, and it’s a perfect launching pad for further exploration of the government’s assault on dissent and civil rights, not to mention the news and entertainment media’s acquiescence in being used as a propaganda arm. (CBS’s new “FBI” series, incidentally, is in the middle of its third season.)

There’s never been a time when this documentary wouldn’t feel like part of the zeitgeist, but it feels particularly relevant right now.