MOLLY-MAE Hague has described her excruciating endometriosis pains as akin to "labour" and told how she "can't stand up" when her periods are at their worst.

The influencer – who recently told fans she would be undergoing an operation for the womens' health condition – delved deeper into the severity of her stomach cramps in her latest YouTube video. 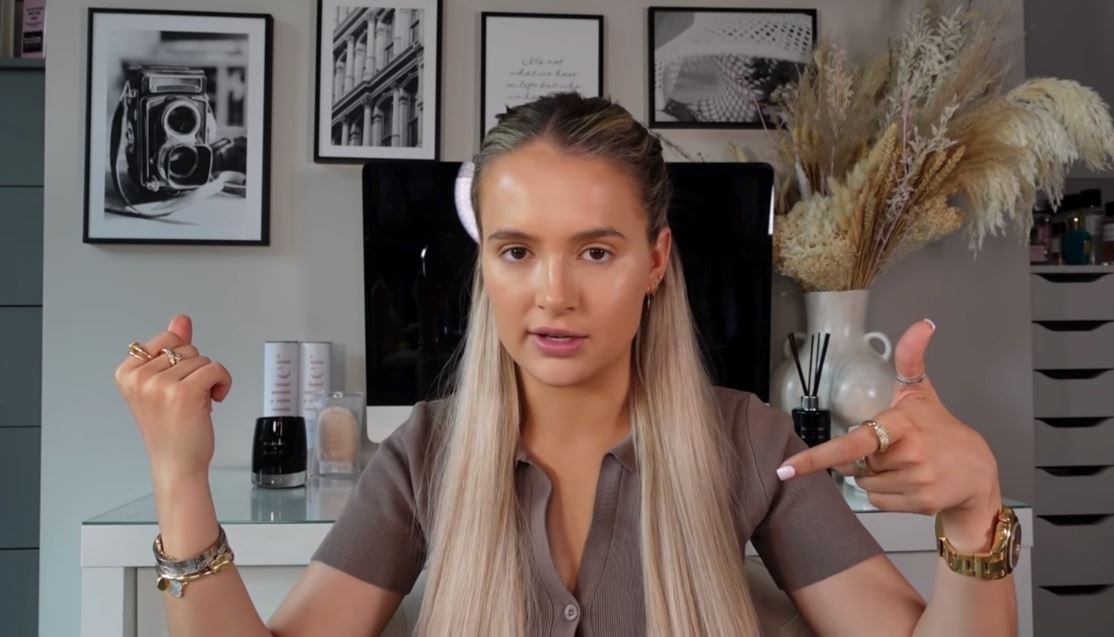 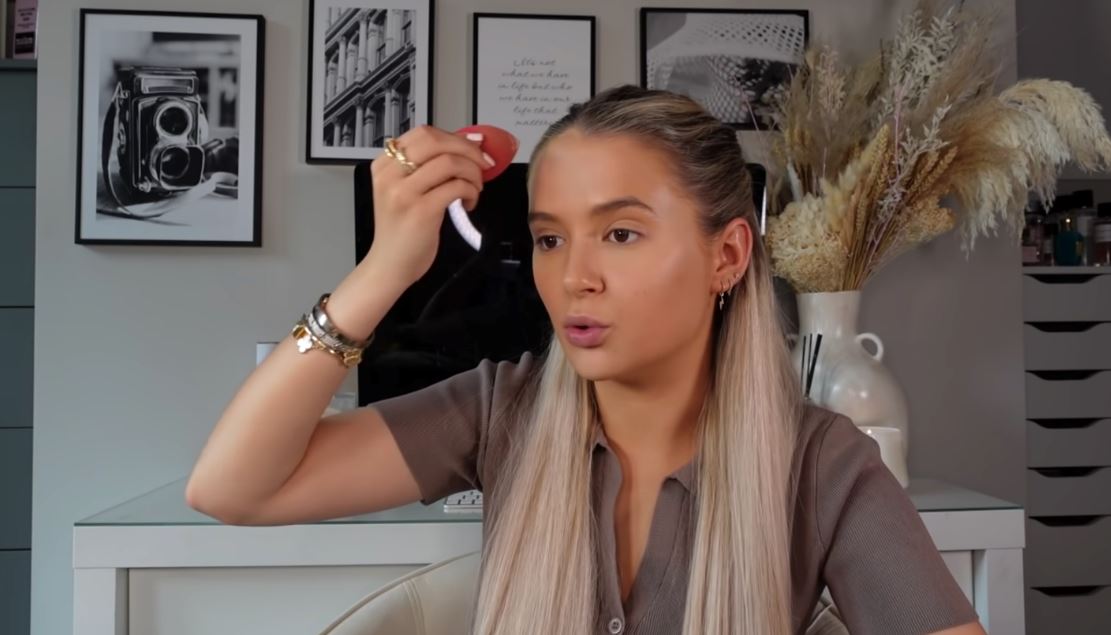 During a question and answer session while applying her make-up, one fan quizzed: "When is your operation for your endometriosis? Sending you all the love."

"I actually got a lot of backlash in one of my last videos when I spoke about it, I got so much backlash.

"The amount of tweets and DMs I got from girls saying I am not educating people properly …" before she told how some had suggested the former Love Island star was attempting to make the condition cool and on trend.

I have had every poke, prod, scan, ultrasound … the dignity is gone,"

The BeautyWorks ambassador continued: "I have had every poke, prod, scan, ultrasound, internal, external – you name it, the dignity is gone.

"It's never to be seen again. And do you know what, that's fine I'm not that person that finds things like that embarrassing."

She added: "I'm just glad that I can now get it sorted and have the surgery to now hopefully once and for all get rid of the period pains that are … I can honestly only probably describe them as on the same level as labour.

"I don't know, obviously I don't know what labour feels like but they are at a point where I literally can't stand up.

"I'm literally screaming in pain, no painkiller will make me feel any better, I have to take days and days off work.

"I feel like I have literally been in a car crash after I've been on my period – it's just not normal."

I feel like I have literally been in a car crash,"

Last month, Molly revealed she had finally been diagnosed with endometriosis after fans urged her to seek help for her painful periods.

In her latest YouTube vlog, she explained: "I actually have got to have an operation for something that I want to tell you guys about. It's kind of a good thing and it's kind of a bad thing.

"I've told you guys for so long now that I suffer with excruciating periods and so many of you guys were commenting on my videos telling me to check for endometriosis."

The condition sees tissue from inside the womb grow in places outside of like the ovaries and Fallopian tubes.

Molly needed a second opinion from a specialist after her GP failed to spot what was wrong.

On average, it takes seven and a half years from the onset of symptoms to get a correct diagnosis.

Molly said: "Straight away they said 'You absolutely do have endometriosis, it's clear as day'. So I guess that's kind of a good thing because at least I know now what it is.

"It's not a good thing that I have endometriosis, because obviously it can affect fertility and loads of other things, and you can never really cure it."

Endometriosis is a chronic condition which occurs when tissue from the lining of the womb is found outside of the womb – in areas of the body including the ovaries, Fallopian tubes, the abdomen and the bladder.

So what causes the condition that so many women suffers from?

The exact cause of the condition isn't known, but it's thought it could be hereditary or due to environmental factors – namely the presence of dioxins in the environment.

Meanwhile, other experts believe it could be caused by a process called retrograde menstruation, which is when the womb lining flows backwards through the Fallopian tubes into the abdomen, instead of leaving the body as a period.

Endometriosis can sometimes cause damage to the Fallopian tubes or ovaries, leading to fertility problems.

Other complications can include painful ovarian cysts and adhesions – areas of tissue which can fuse organs together.

Other celebrities have previously spoken out about their experience of the condition.

Model and mum-of-two Chrissy Teigen, 35, shared in February that after suffering a pregnancy loss, she was having surgery to treat the condition.

Girls star Lena Dunham revealed her decision to have a hysterectomy at the age of 31 to relieve her excruciating symptoms. She had lived with the condition for a decade and had eight operations to treat it.

In the UK, model and designer Alexa Chung shared a photo on Instagram in a hospital corridor tagging her post #endometriosisclub.

And Spice Girl Emma Bunton was diagnosed with the condition at the age of 25, and was warned she had a 50-50 chance of becoming a mum, as a result. She went on to have two sons. 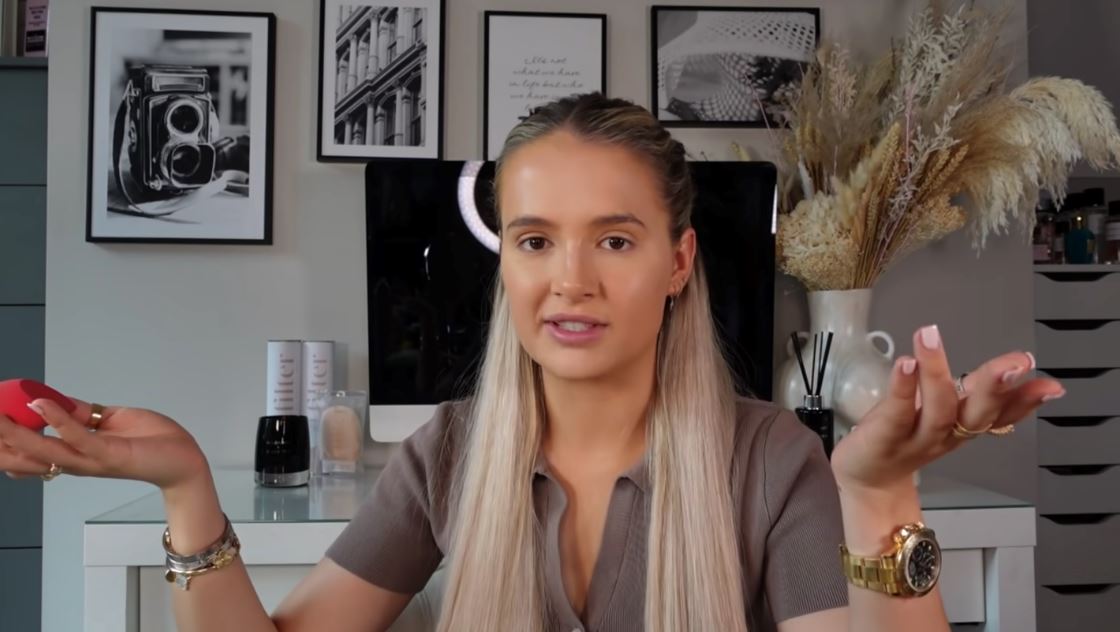 agony, Hague, In, Molly-Mae, with
Celebrities