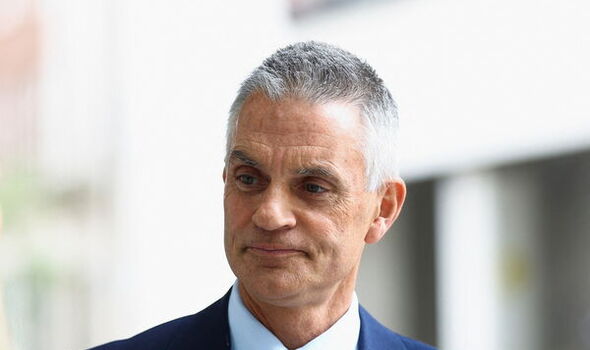 Lycett appeared on Sunday With Laura Kuenssberg but sparked outrage for mocking Liz Truss by ­sarcastically clapping while ridiculing her plans to help families with their energy bills.

He said: “Laura is a fantastic ­journalist who is fairly unimpeachable on impartiality actually, from watching her and knowing her personally.”

“I would say that her show got off to a challenging start in terms of major appeal outside of SW1 and this whole issue of impartiality by the Joe Lycett debacle.”

“He was asked on as a pundit. He did this mock applause after Liz Truss left the interview chair, was then immediately asked for his reaction, where he said, ‘She was the dregs of what they’ve got available and the backwash of the available MPs.'”

“When you’re booking a pundit to go on, Joe is not an uncontroversial figure. How about the conversation before output when somebody says, ‘You know what – new show, new start, new term, let’s not book Joe because we know what Joe is going to deliver.’ Somebody who is ungenerous to the BBC could say, ‘You knew exactly what Joe was going to deliver and that’s why you booked him.’”

But Mr Davie defended the show, saying: “I thought the interviews were outstanding actually.”

“I thought it was fresh. I was very proud of it. I don’t think it displays BBC bias in the slightest, the audience saw it for what it was – it was bemusing.”

Speaking at a Digital, Culture, Media and Sport Committee meeting, ­Mr Davie also defended Gary Lineker against claims that he uses ­his Twitter account to ­criticise the Govern­ment.

Last month, Match Of The Day host Lineker tweeted: “As a ­politician how could you ever, under any circumstances, bring yourself to vote for pumping sewage into our seas? Unfathomable!”

Mr Davie said he talked to Lineker about Twitter and that his use of the platform had improved.

He said he disagreed with comments made by Emily Maitlis following her recent criticism of the BBC’s response to her 2020 Newsnight speech about former No 10 adviser Dominic Cummings.

She had said Mr Cummings had “broken the rules” with a lockdown trip to Durham and “the country can see that, and it’s shocked the Government cannot”.

Mr Davie said: “Emily is an outstanding journalist. I respect her opinion, but we disagree on this.”