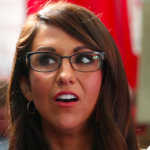 Scarborough pointed out that “most Americans did support a withdrawal from Afghanistan,” but the chaotic scenes emerging from that country are not the ones that were hoped for.

In a press conference on Monday, Biden said he stood his decision to withdraw U.S. military forces by the May 1 deadline rather than escalate conflict and send thousands of more troops back in. But now he’s been forced to do so, authorizing 6,000 troops to the area to assist in the evacuation of U.S. citizens and allies. After its departure mission is complete, the U.S. military will fully withdraw, with Biden saying “the buck stops with me.”

Watch above, via MSNBC.