All was fairly quiet across broadcasters as NBC led the night with encores of Chicago Med, Chicago Fire and Chicago PD which delivered a 0.4 in the adults 18-49 demographic across the board.

NBC may have led the night overall, but CBS’s rerun of Young Sheldon topped the night with a 0.5 in the demo and 4.07 million viewers. The network also served audiences reruns of Mom, SEAL Team and S.W.A.T.

The CW was the only network that aired fresh fare with Heroes on the Front Line. The special, which earned a 0.1 in the demo and netted 395,000 viewers, was hosted by Dean Cain and put a spotlight on the heroes who are making a difference during the pandemic.

Elsewhere, ABC’s lineup of reruns included The Goldbergs, American Housewife and The Conners while Fox aired repeats of its new reality competition The Masked Dancer and 9-1-1. 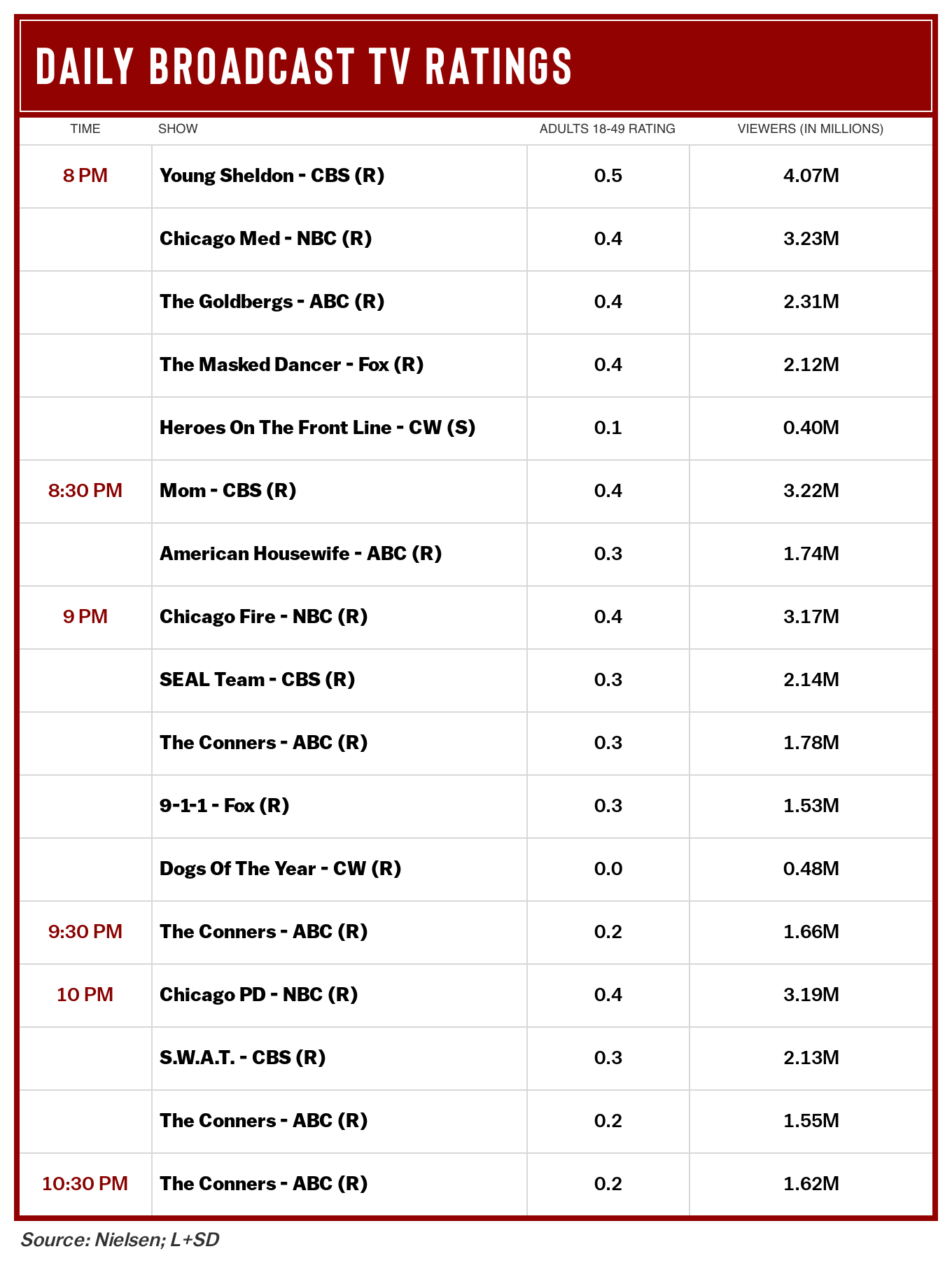