NBCUniversal brought out the stars to its Upfront show off how the company’s new content strategy might work in practice.

The company, which has decentralized its buying across linear broadcast, cable and streaming, relied on the likes of Will Smith, Kelly Clarkson, Kevin Hart and Renee Zellweger to help promote its message to advertisers.

They also broke some news including tying Jimmy Fallon down for another five years to host The Tonight Show as well as developing a reboot of classic gameshow Password, Will Smith teasing a cameo in his Fresh Prince of Bel-Air-inspired Peacock series (see below) and Snoop Dogg searching for the world’s dumbest criminals for the streamer.

There wasn’t a lot of business chat but the once-again virtual presentation was glitzy and also showed off its upcoming slate of shows including NBC’s Ordinary Joe, La Brea, Grand Crew and American Auto, Peacock’s Langdon and cable reboot of Chucky.

Will Smith To Play Dad In Bel-Air?

One of the most heartfelt moment in The Fresh Prince of Bel-Air is when Will Smith breaks down when his father leaves, again.

Smith is now exec producing a dark reimagining of the comedy series for Peacock, based on Morgan Cooper’s fan film. The series scored a two season order last year. Smith, today, teased that he might even play the dad, played by Ben Vereen in the episode Papa’s Got a Brand New Excuse. “When we announced the Peacock project, all of the fans wen on blaze,” he said. “Will’s dad scene, that was one of the most dramatic scenes I ever had to do on the show. I should play my dad. That’s just a suggestion. I might do that. Principal photography starts in August. We got some time to sneak some of these ideas into scripts.”

Jimmy Fallon, Seth Meyers, Amber Ruffin, Kenan Thompson, Aidy Bryant and Andy Cohen kicked off NBCUniversal’s upfronts with an action montage seeing the group race to the event. Unveiling details of Fallon’s new deal to continue hosting The Tonight Show for the next five years, it’s clear that late-night continues to play an important role for the company both across its linear network NBC, on Peacock with The Amber Ruffin Show and on cable with Cohen’s Watch What Happens Live. It’s also the first time that Meyers was able to use his catchphrase “It’s time for a closer look” in an action setting. Probably.

Susan Rovner, who was appointed Chairman, Entertainment Content, NBCUniversal Television and Streaming, last year, made her NBCU Upfronts debut this morning. In a conversation with Today show host Hoda Kotb, she revealed that under the company’s new strategy it has greenlit 80 new series and special events across its portfolio.

She said that she wants to embrace “beloved franchises”, while at the same time taking big new swings. “My number one goal is to bring our audiences the best shows. If we can do that right our other goals, which are continue to build fandom across cable networks, establish NBC as the number one broadcast network, and make Peacock a destination for award-winning must-stream content, will naturally fall into place,” she added. 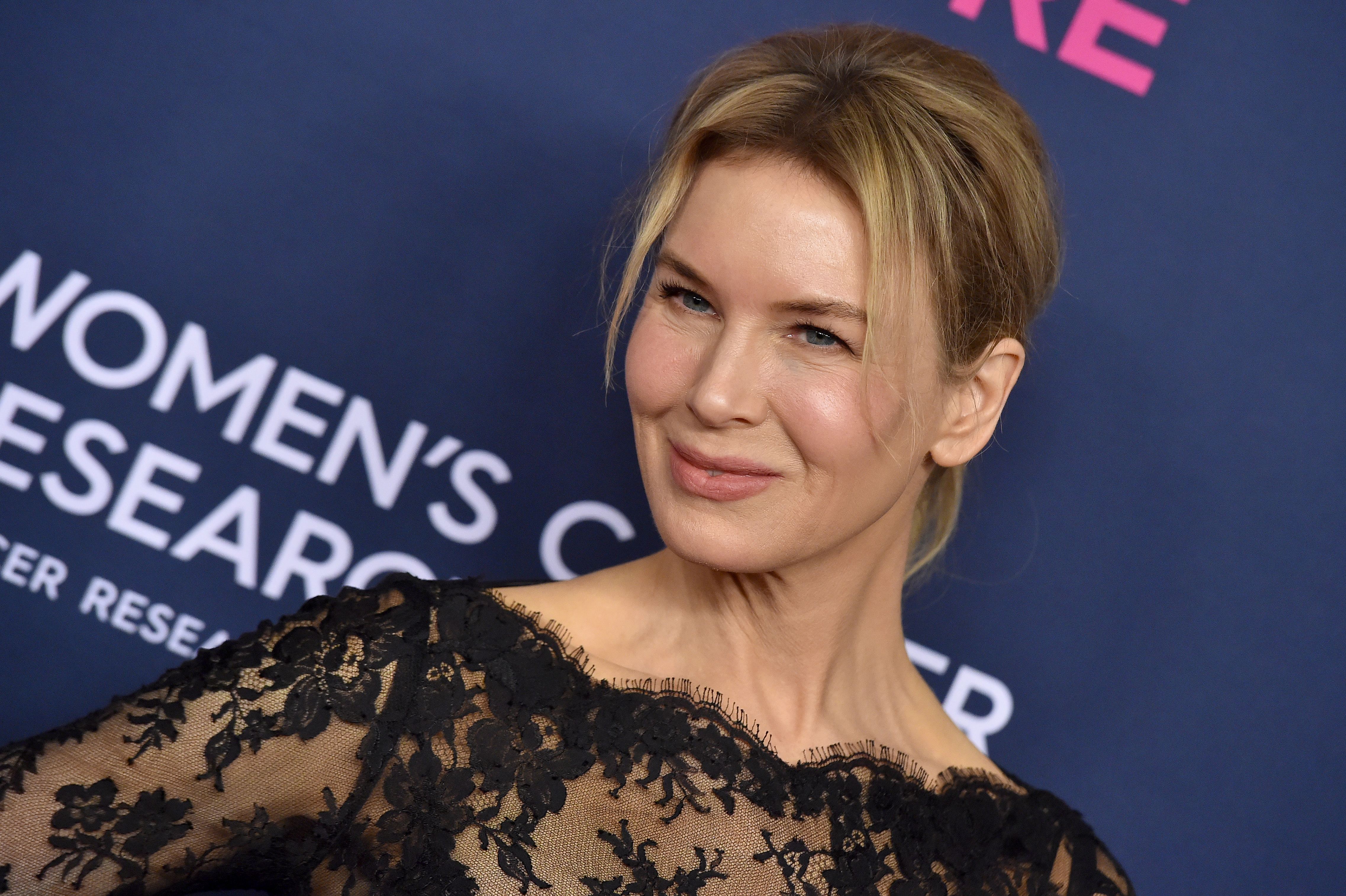 Renee Zellweger (left) is fronting The Thing About Pam, one of those big new swings that’s best on IP that Rovner was talking about. The Oscar winner is playing Pam Hupp, who was involved in in the 2011 murder of Betsy Faria. The six-part series, which is written by Jessika Borsiczky, is based on an episode of Dateline. “It’s inspired by one of the most popular shows on Dateline and they’ve been on a long time so that’s saying something,” said Zellweger. “I’ve played some crazy people, I’ve played some sociopaths. The more outrageous someone is, the more delicious it is.”

NBC is in an unusual position this year with live sports – two Olympics with a Super Bowl thrown in. The network is optimistic that the Tokyo Games will go ahead but even more than that, is confident that its lineup of originals, including the finale season of Brooklyn Nine-Nine can benefit from the eyeballs and exposure.

Rovner added that she believes that these three events can help bring in audiences to its slate of non-scripted shows including Making It, AGT, American Ninja Warrior, Family Game Fight, Slip N Side, College Bowl and Small Fortune.

“These are huge opportunities for us and all of our shows. NBC has always leaned in to a year-round programming strategy, but this year we’re super sizing our summer using the amazing promotional windows coming out of these once-in-a-lifetime events,” Rovner added.