Netflix is expanding its reality-TV catalog with Love Is Blind, a delightfully unhinged dating show that’s pretty self-explanatory. It centers on a group of singles who go on a series of (literal) blind dates. As in, they’re placed in pods where they can’t see the person they’re chatting with. They can only hear them. From voice and connection alone, they whittle down their choices until they’ve found The One. Then they get engaged—yes, engaged—without ever laying eyes on the person.

Of course, eventually they do get to see what their fiancé looks like, and that’s where the real stories begin. How will these “deep connections” built in the pods translate to the physical world? Will they be attracted to their betrothed? Will their friends and family members approve? This is explored as the couples leave the pods, go on romantic getaways, and then head back to their real lives.

Hosted by Nick and Vanessa Lachey—who hilariously recite the same monologue about how “love is blind” in every episode—Love Is Blind is unlike any show I’ve seen before. I finished the first five episodes feeling exhilarated, bewildered, and exhausted. I also had one zillion questions. Below, a nonexhaustive list:

1. Does the “blind date” concept work if all the contestants are conventionally hot? I’m not talking about individual attraction here—I’m referring to the narrow standards our culture has for “beauty.” Every single person on this show meets that criterion. While the show is racially diverse (to an extent), the men are muscular and the women are thin. Something tells me that was intentional. Think about it: If unconventionally attractive people went on this show and had their hearts broken after they saw their fiancé face-to-face, that would just be…awful. It would confirm the shallowness of mankind. Featuring only “hot” people guarantees that won’t happen. I’m not the only person who’s thinking this, either:

2. Jessica! What are you doing?! You will find yourself screaming at the TV many times during Love Is Blind—and Jessica, often, is the reason. The 34-year-old regional manager throws away a solid relationship with sweet, mature 24-year-old trainer Mark in favor of Barnett, a 27-year-old overgrown frat bro to whom all the women are inexplicably drawn. But when things go south with Barnett, Jessica goes back to Mark and proceeds to treat him like crap. Justice for Mark! 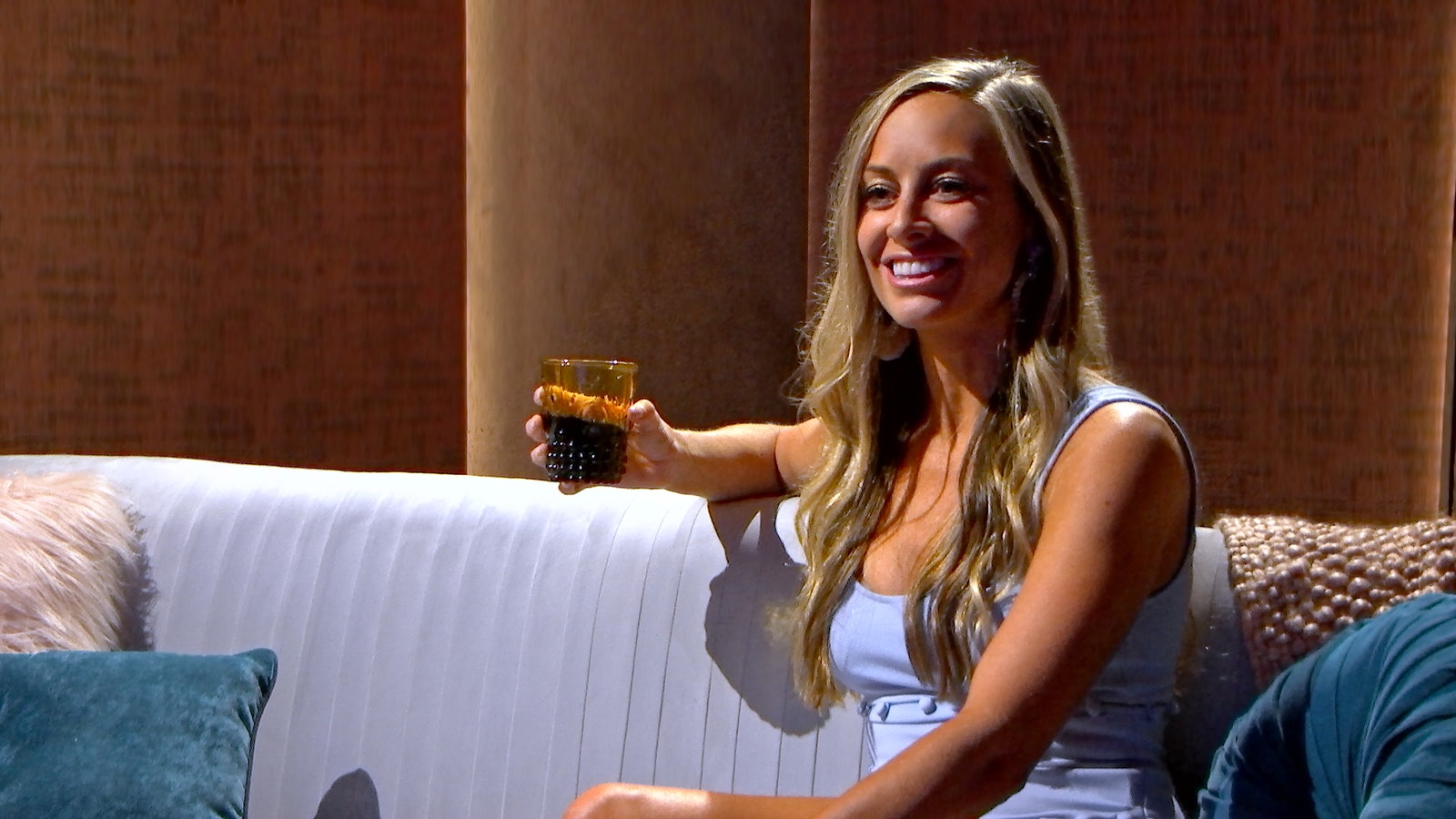 Jessica in Love Is Blind

3. Can Barnett leave? Please see my above “overgrown frat bro” comment. Barnett (that’s his last name—yes, this grown man goes by his last name, as if he’s on a high school baseball team) is hot, sure, but he’s indecisive, makes lame jokes, and treats Jessica like garbage. These are all qualities Jessica says she’s trying to avoid, but she’s still drawn to the guy. It’s infuriating. I know what ultimately happens with Barnett, and I won’t give it away. But let’s just say I’m still pissed. 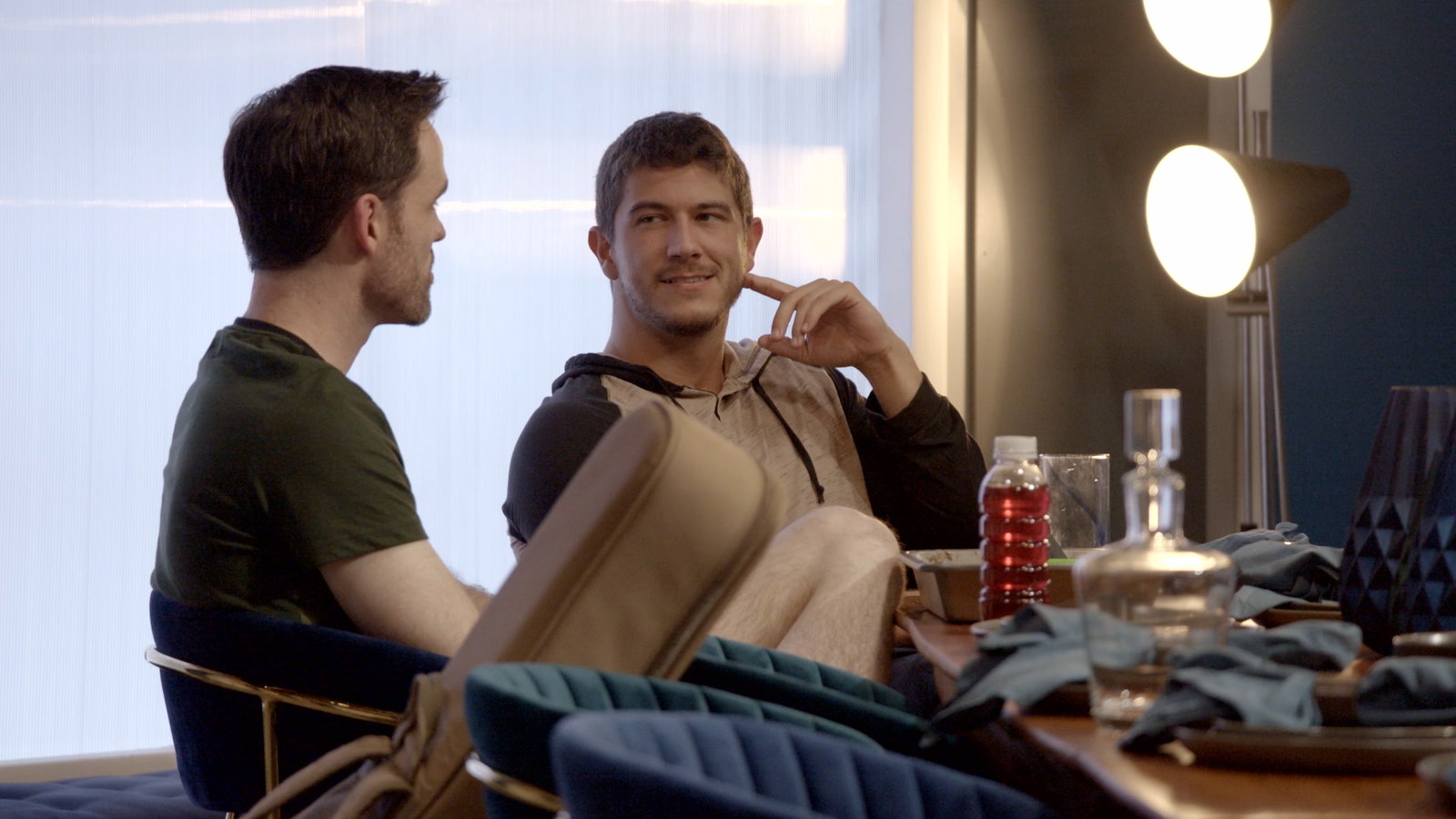 Barnett on Love Is Blind

4. How TF are these people saying “I love you” after only two days? Because someone has the same childhood favorite book as you? I’m sure the stranger who sat across from me on the train today also watched Barney as a kid. That doesn’t mean I should marry him.

5. Why are some of these people dressing up in the pods? Amber (who’s also into Barnett) wears full-on heels and a dress in her pod during one episode, and it baffled me. No one…can see her? Unlike The Bachelor, where people are glammed up all the time, most of the contestants on Love Is Blind keep their looks casual in the pods (no makeup, sweatpants, wine glass in hand). I’m all for wearing what you want, when you want—perhaps those heels were just for her!—but I’m also a realist. No one wants to dress fancy when they don’t have to.

Hooked yet? Watch one episode of Love Is Blind, and you will be. It’s now streaming on Netflix.