League gets a hefty price increase beginning in 2022 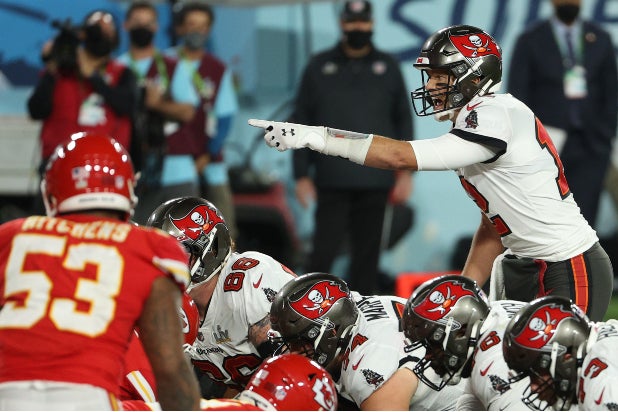 The NFL has renewed its TV deals with its media partners, scoring a hefty price increase while making a few notable changes.

ABC will be added back to the Super Bowl rotation for the first time since 2006, while “Thursday Night Football” will move to Amazon more exclusively, with no broadcast TV partner on board. Fox and CBS will keep their Sunday afternoon packages and NBC and ESPN maintain their primetime Sunday and Monday night TV franchises, with added streaming rights. ESPN+ and Peacock also get rights to stream ESPN/ABC and NBC games, respectively.

The new deals run through the 2033 season.

“These new media deals will provide our fans even greater access to the games they love.  We’re proud to grow our partnerships with the most innovative media companies in the market,” NFL Commissioner Roger Goodell said. “Along with our recently completed labor agreement with the NFLPA, these distribution agreements bring an unprecedented era of stability to the League and will permit us to continue to grow and improve our game.”

“Sunday Night Football” will be available for Peacock customers who subscribe to one of the service’s two paid tiers, while ESPN+ gets access to “Monday Night Football” games (many of which will also be simulcast on ABC). ABC also gets exclusive regular season games as part of its new deal. Games streamed on Amazon will still be offered on local, over-the-air TV stations in the participating teams’ home markets.

NFL Network will remain as an exclusive broadcaster for a slate of games each season.

ESPN’s “MNF” deal was set to expire following the upcoming 2021 season, with the remainder of the contracts up after 2022.

ABC last aired a Super Bowl in Jan. 2006, Super Bowl XL between the Pittsburgh Steelers and Seattle Seahawks. That was also the last year ABC had any NFL rights, when it aired “Monday Night Football” from its inception, before it moved over to ESPN for the 2006 season. NBC, which began airing “Sunday Night Football” that same year, essentially took NBC’s spot (John Madden even made the move from ABC to NBC in the booth).

The move of “Thursday Night Football” to Amazon, which has been the streaming partner for the franchise since 2017, represents the largest move into streaming for any major American sport. Amazon aired its first exclusive game in December, and will air one game in each of the next two seasons under its current deal. When the new deals begin, all of the NFL’s national TV packages will be available to cord-cutters on streaming, along with CBS’ games on Paramount+ (the streaming service offers live feeds of customers’ local station).

Despite live sports’ increasing importance to the pay-TV ecosystem, consumers have dropped their TV subscriptions in rapid numbers over the past few years. While that industry’s secular decline appears to be slowing somewhat, it is still expected to continue to decline. The NFL overwhelmingly remains the top draw on broadcast TV, but even that hasn’t slowed its viewership decline amid a larger erosion of sports viewers during the pandemic.