Olivia Newton-John said that everyone needs to ‘relax,’ after a rerun of her classic musical film ‘Grease’ was met with widespread backlash among BBC viewers.

Olivia Newton-John, 72, insisted that the 1978 musical film Grease — in which she played the lead role of Sandy Olsson — shouldn’t “be taken so seriously.” The Australian actress was responding to the backlash that ensued after BBC aired Grease over Christmas in Dec. 2020, while appearing on the Feb. 1 episode of Sarah Grynberg‘s A Life Of Greatness podcast. In the interview, Olivia insisted the film is just a “fun movie musical,” despite accusations of the Randal Kleiser-directed picture being “sexist,” “homophobic” and more.

“I think in this particular instance, I think it’s kind of silly, because the movie was made in the ’70s about the ’50s,” the musical star told the podcast host, adding, “It was a stage play. It’s a musical. It’s fun.”

Olivia then directly addressed the movie critics, saying, “We need to relax a little bit and just enjoy things for what they are. I think it’s just a fun movie that entertains people. That’s all.” The “Physical” singer doesn’t regret doing the movie, either, since it brought her a friendship with her co-star John Travolta, 66, who played her on-screen love interest Danny Zuko. 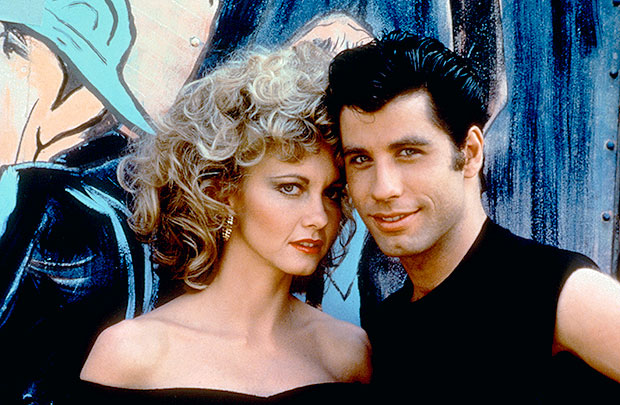 “I think we shared something incredibly unique, making that film that is still so loved. It keeps our friendship together,” Olivia explained, and revealed that she is still “really great friends” with Mr. Travolta and “always will be.”

Not all fans saw eye-to-eye with Olivia, though. “Ahhh man. Just watching #Grease one of my favourite films and it’s so of its time. Misogynistic, sexist and a bit rapey,” one viewer tweeted over the holidays, while another fan tweeted at Olivia, “the lyrics in Summer Nights absolutely condone rape culture, it’s not a personal attack on you to ask that you acknowledge this instead of trying to invalidate the experiences of survivors of rape and sexual assault. #GreaseBBC.”

The viewer was referring to the song “Summer Nights,” which the ensemble cast sings after Sandy and Danny have a romantic day at the beach. While Danny recaps the rendezvous for his crew in song, the T-Birds sing/ask, “Did she put up a fight?” This particular line from Grease has long been subject to criticism.

There were other areas of the film, too, that viewers called out: for instance, the film’s fictional high school hosts a “Hand Jive” dance contest featuring only straight couples, and Betty Rizzo — the leader of The Pink Ladies — is mocked for her sex life after a rumor spreads that she’s supposedly pregnant. “Yeah, but Grease IS racist, rapey, homophobic and sl-t-shaming,” another viewer tweeted, bouncing off these problematic aspects of the film.

Despite the backlash, Olivia has been in great health. The actress survived cancer three times — the last round being a battle with Stage 4 breast cancer — and gave HollywoodLife an EXCLUSIVE update about her health in Oct. 2020. “I think I’m extremely lucky. I’m very lucky that I’m well. I don’t take that for granted at all,” Olivia happily told us, adding that she felt “great.”