The TV funnyman, 36 and the X Factor star, 37, will appear on a Soccer Aid special of the ITV gameshow and attempt to win a quarter of a million pounds for charity UNICEF. 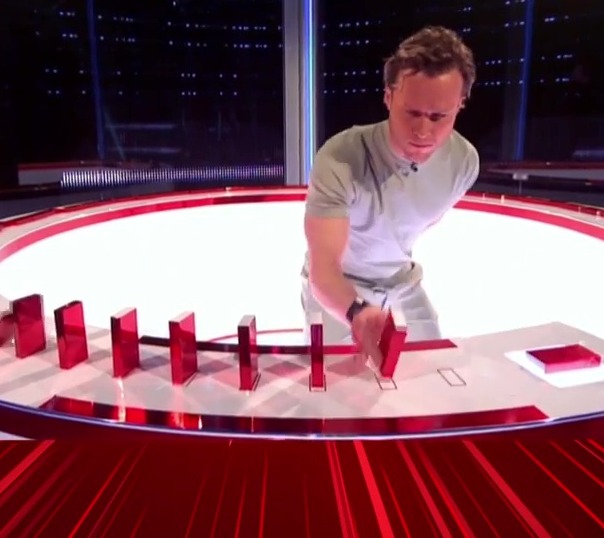 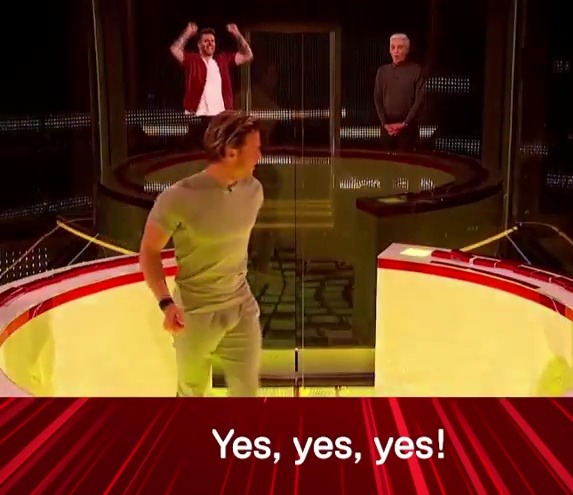 Soccer Aid friends and teammates Olly and Joel are the first contestants to enter The Cube's famous four walls on Saturday.

Olly shared a clip of himself under intense pressure as he faced one of The Cube's challenges.

Wearing a skintight sage coloured t-shirt and jeans, the Troublemaker singer smashed the domino style task and made it to the next round.

Joel cheered him on from the sidelines and later sneaked in a little joke about Olly's ensemble.

ITV host Phillip Schofield breathed a sigh of relief and said: "You couldn't have been any closer!"

"In the corner of my eye I could just see it coming around and I was like 'urgggggh!," the popstar exclaimed.

Joel quipped: "To be fair, your outfit is as tight as a superhero's!"

The singer – who shot to fame on X Factor in 2009 – showed off his impressive weight loss and dreamy six pack in a recent post on Instagram.

The star, who is dating bodybuilder champ Amelia Tank, has certainly been putting his hours into the gym and eating clean.

In the snap Olly is looking down at the floor with his hair slicked back off his face.

But the most impressive part is that he's rocking just a pair black Calvin Klein pants with his chiselled abs and muscular arms on display.

It comes after Olly revealed that girlfriend of two years Amelia inspired him to get into the best shape of his life.

The pair went on their first date back in 2019 and have been inseparable ever since.

Presenter Ore Oduba and his wife Portia Oduba will also brave The Cube for Soccer Aid.

Both celebrity pairs come will face a series of new and classic Cube games that put their skills to the ultimate test. 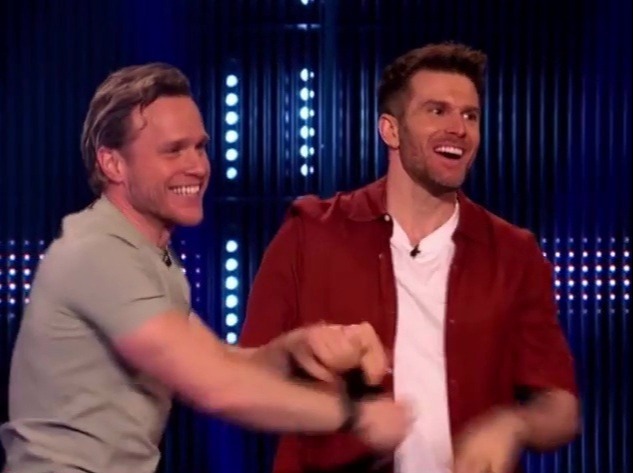