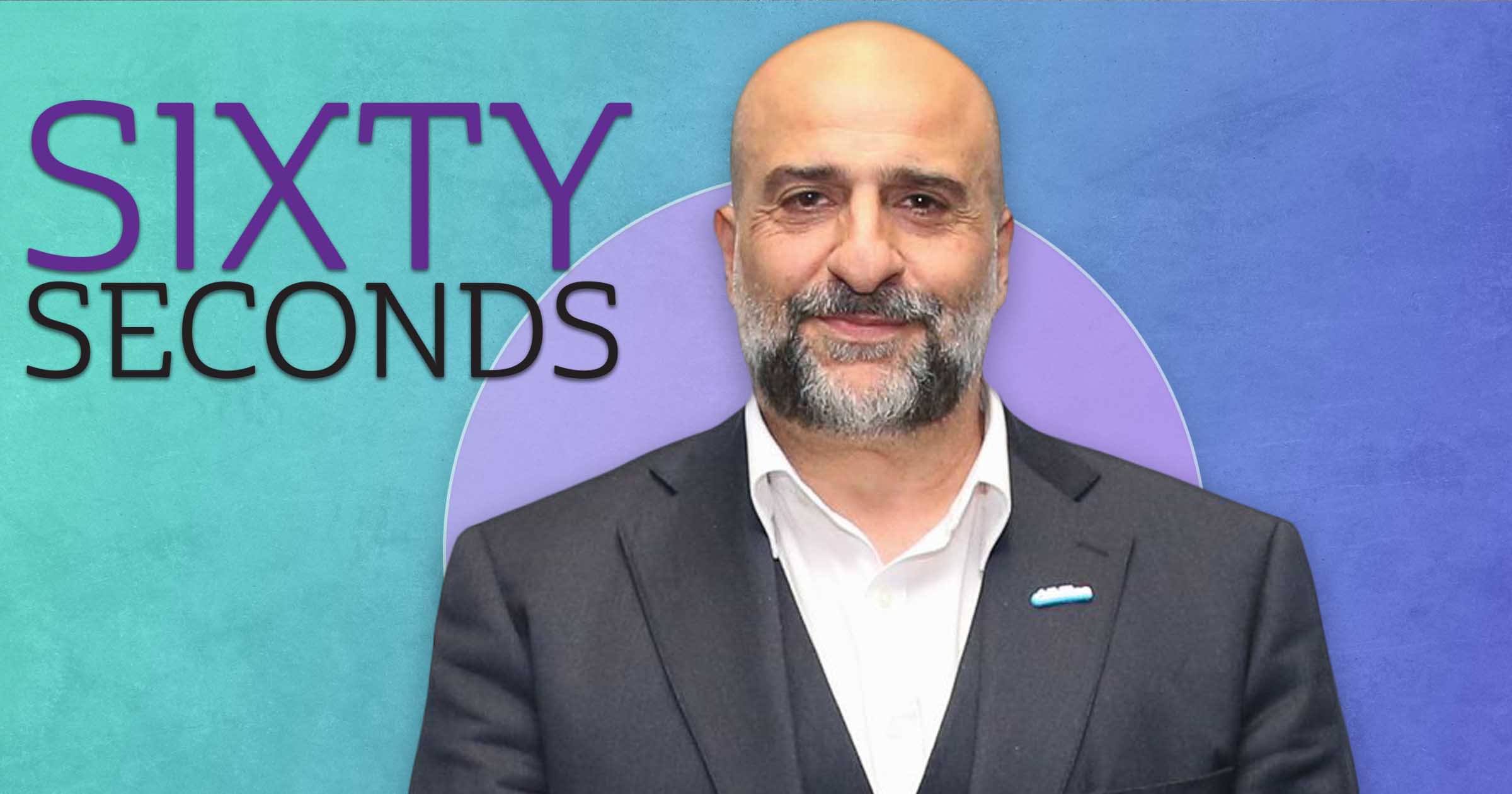 The comedian and actor, 55, on cash under the mattress, working with Celine Dion and being seen as ‘too British’.

Where are you Zooming in from today?

I’m at home. I have moved to Suffolk. I moved out of London during the pandemic. It’s been great. I lived very near Richmond Park and there were thousands of people coming to the park so I thought, ‘We’re going to get Covid here.’

Suffolk is a great place and the house is big but nothing works. I had a shower the other day and the shower handle literally just fell off. There’s a big hole in the wall where the showerhead was.

Any good at DIY?

Terrible. I haven’t got anyone round to fix it yet. Every room sounds like a toilet. I’m in a bedroom for this Zoom but everything sounds very echoey.

I’m living very near to Ipswich. If we get a second or third series of the daytime quiz show I’m currently hosting [ITV’s Winning Combination], we’ll be moving to Lowestoft.

You’re fronting a Smarty mobile promotion to have people be thriftier as we emerge from lockdown. Are you thrifty?

I spend too much, that’s the thing. A couple of weeks ago I looked through my bank statements and I was paying £300 a month for phone bills. If you rack that up, it’s £3,600 a year.

You could go on two or three holidays for that. So what Smarty is saying is to look at things like gym and phone membership, where people are stuck in long contracts, and to try different things to reduce your outgoings. One-month rolling contracts, which Smarty does, is the way to go.

Who taught you the value of money?

I’d like to say my dad. My dad was the kind of bloke who, back in the 1970s, would always say to me [draws on imaginary cigarette], ‘Listen, if anything happens to me I’ve got a load of cash.

‘Even your mum don’t know about it.’ He’d lift up the mattress and there was 4,000 quid. ‘If anything happens to me, it’s yours.’ He was very much a cash man. He wasn’t good at bank accounts.

What have been the biggest challenges for you during lockdown? Have you done much creative writing?

I started a podcast. I know. I’m the last person in the world to start a podcast.
I even got a telegram from Bill Gates to say congratulations.

How have you got on with doing stand-up online?

Comedians, we are joy givers. You can’t stop us. We couldn’t perform in comedy clubs because they were all shut down but we did Zoom gigs. We did drive-in gigs. That was the challenge for me because we’re not a drive-in culture.

I quite like it if somebody doesn’t like me in a comedy club. Someone shouts, ‘You’re rubbish!’ and they walk out. Whereas at a drive-in gig, if someone wants to leave there is a 10-point turn and five cars have to move out of the way.

But I’m going back on tour from July. It’s my Good Times tour. On the poster I’m smoking a microphone. The idea is that my material is smokin’ hot.

What happened to your idea for a TV comedy show, Inside The Ethnic Bit-Part Actors Studio?

I had a script. HBO said they would like to see my script. We sent it in. There is a show called Inside The Actors Studio, which is high-level actors like Robert De Niro and Al Pacino being asked questions like, ‘What is your least favourite cuss word?’ and what their process is.

So my show was Inside The Ethnic Bit-Part Actors Studio, which would be a YouTube channel where you bring in these ethnic bit-part people to talk about their great part. HBO said it was the funniest script they’d ever seen.

Unfortunately, they said there was an element in it that was too close to another TV show they were starting called Barry. I sent it to the BBC but everyone kept saying, ‘It’s too meta for us.’

I get very frustrated. They are always looking to promote ethnic minorities – ‘diversity’ – but for some reason I’m not in this group. They see me as too British [he was born in Chelsea to Iranian parents].

What’s this new film, Text For You, you’re in with Celine Dion?

It’s Celine Dion and Priyanka Chopra. The premise is that Chopra’s character has a boyfriend who dies but she decides to start texting him six months later because of my character.

He owns the diner Priyanka goes to. His wife died but every night he goes home and talks to her. Of course, phone numbers get given to someone else so another bloke is getting Priyanka’s texts.

The premise is what would happen when they finally meet when neither of them knows the texts are from the other. It’s a brilliant, romantic film.

Will you be returning as Dr Lanselius in series three of His Dark Materials?

I understand my character is coming back. I only did a few scenes before but in the third series he has a more active role.

He’s basically the witches’ consul. I’m dressed in this amazing suit and I always speak up for the witches.

How to get your Metro newspaper fix

Metro newspaper is still available for you to pick up every weekday morning or you can download our app for all your favourite news, features, puzzles… and the exclusive evening edition!