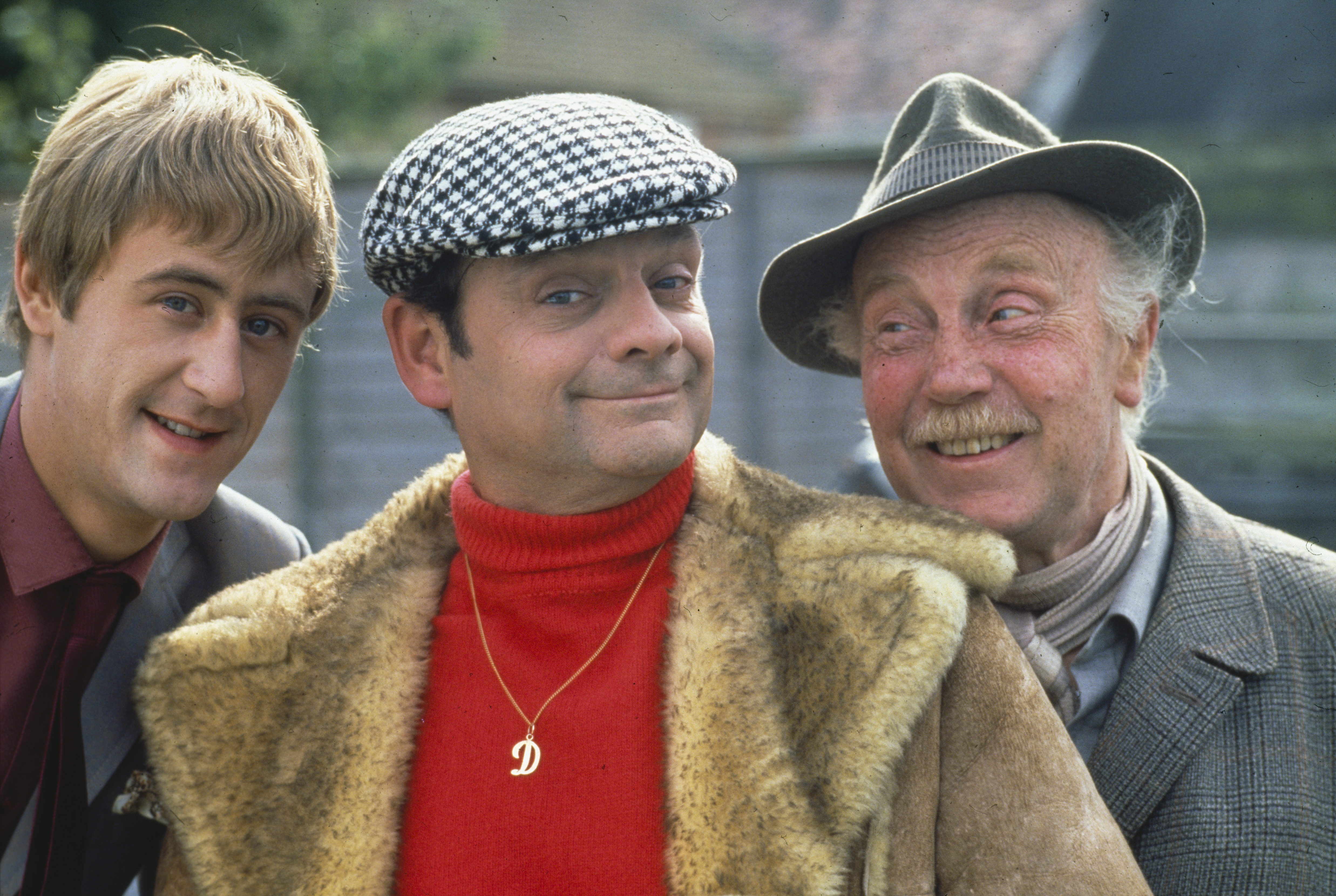 Only Fools and Horses has received a racist content warning as the entire show has landed on BritBox in honour of its 40th anniversary.

The BBC and ITV-owned streaming service has added a warning to five of its episodes which are now being flagged for ‘offensive racial language’.

Seven seasons and two Christmas specials of the classic comedy are now available to stream on the platform.

Among the episodes to receive the warning are season one’s The Russians Are Coming, where Del Boy (played by David Jason) constructs a nuclear fallout shelter with Rodney Trotter (Nicolas Lyndhurst) and Grandad (Leonard Pearce).

In it, Grandad says that a ‘P**i’ shop would remain open in the event of a nuclear attack.

In season two, episode The Yellow Peril, in which ‘some dodgy paint causes problems when Del agrees to redecorate a Chinese restaurant,’ has also been flagged.

As the title already teases, this episode sees east Asians portrayed as a danger to the West.

Before clicking on these episodes, viewers are warned with a Guidance rating that reads: ‘Contains some offensive racial language of the time.’

Receiving the same warning ar also episode Who’s A Pretty Boy Then? from season three as well as season four’s Happy Returns and Hole In One where ‘Uncle Albert uses some of the skills he learned ‘during the war’ to help the family out.’

Star of the show Sue Holderness, who played Marlene Boyce, defended the show against the BritBox warning saying: ‘There have been people saying you could never make Only Fools And Horses now. ‘That it was racist. I

‘It wasn’t remotely racist,’ she told the Daily Star.

‘Del and Rodney and all that community – there wasn’t a racist ounce in their body.’

BritBox previously explained their content warning policy saying that: ‘Programming on the service that contains potentially sensitive language or attitudes of their era have carried appropriate warnings since our launch in November 2019 to ensure the right guidance is in place for viewers who are choosing to watch on-demand.’

A further season five episode of Only Fools and Horses, The Miracle of Peckham – in which Del is on a rare visit to church when the statue of the Virgin Mary begins weeping – also received a warning reading: ‘Language May Offend.’

Coronation Street and Vicar of Dibley have both received warnings for some of their classic episodes which include discriminatory language, while Call the Midwife episodes warned viewers over ‘distressing childbirth’ scenes.