While they’ve provided the action behind pretty much every film franchise from James Bond and Indiana Jones to DC and Marvel, stunt performers have never been celebrated at the Oscars.

The annual awards show, which began in 1929, has been hailed as the ultimate celebration of film-making.

Everything from directing, cinematography, and visual effects to hair and makeup, costume design, and original score is celebrated annually at the Academy Awards, but the world of stunts has a distinct lack of recognition from most major awards shows.

While there have been campaigns from performers, the SAG Awards remains the only major awards show to include a category for stunts – with performers having to create their own way of celebrating the industry.

As the 93rd annual Academy Awards ceremony approaches, many are still at a loss as to why stunts aren’t celebrated, with stunt performers opening up to Metro.co.uk about the lack of recognition.

‘Imagine 10 of your favourite films,’ Mikal Kartvedt, a stuntman working in the industry since 1993 urged. ‘Now imagine them without the hair-raising action. The same can be said for sound or costume or production design, except they have prime-time categories acknowledging their contributions.’

‘We are Superman when he’s super,’ he asserted. ‘We are Black Panther when he pounces, Wonder Woman when she’s wondrous and Machete when he chops. We are James Bond, after all, when he drives, dives and nearly dies.’ 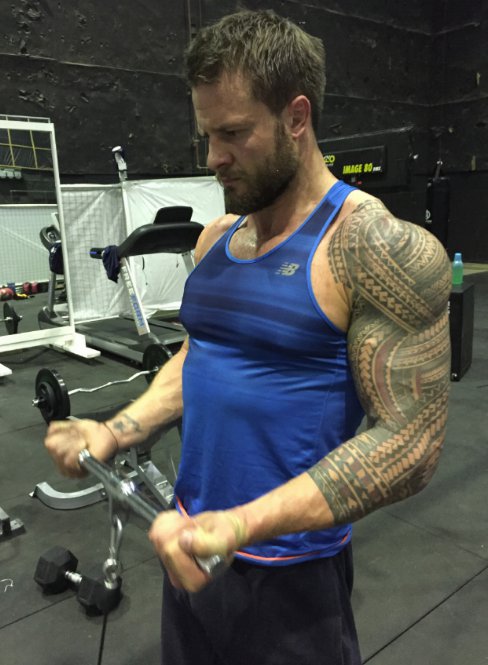 Bobby Holland Hanton, who has worked as Chris Hemsworth’s stunt double for the past eight years, and in the stunt industry since 2008, said stunts ‘absolutely should be included in the Oscars and they always should have been.

‘It’s slightly embarrassing and disrespectful to the whole stunt industry,’ he pointed out.

‘How do you make a action movie without stunts and stunt doubles and performers? You can’t is the answer, every other department apart from us [is included]. It’s disgraceful.’

Jim Dowdall, stuntman and Chair of the British Stunt Register, added: ‘A stunt coordinator is involved in the creative process on any film/TV show/commercial involving action, right from the start.

‘This process of creative consultation involves suggestions with reference to enhancing the action in the script, budgeting, location scouting, writing risk assessments, selecting appropriate performers and doubles and most importantly, accepting responsibility not only for the actor’s safety, but the crew and any members of the public when filming on location.

‘Although not every film has stunts, not every film has SFX, but they still have an awards category! On any trailer for a film or TV show, they’ll almost inevitably show some of the action even if there’s only one stunt in the whole show.’

Why have stunts never been included at the Oscars?

The Academy clearly isn’t completely averse to changing the categories – in 2002, the animated film category was added and as recently as 2018, a proposal to introduce outstanding achievement in popular film was discussed.

So what’s the problem?

‘Actors nowadays don’t mind acknowledging that their stunt doubles “keep them safe,”‘ Mikal said. ‘Winning an award for doing the 100 foot cliff jump, the amazing fight scene or the unbelievable car chase is something else entirely.

‘One reason might be that it confirms for the movie star’s fans that they are not nearly as capable or as dangerous or as invincible as they and their studios might lead one to believe.’

Jim added: ‘I still feel that the board of both Bafta and the American Academy is overwhelmingly comprised of many old fashioned actors/producers who consider stunt artists to be rather dumb sorts who have come from the boxing ring or circus arena with cauliflower ears and a considerably lower IQ than other departments in the film making process.’

Arguing against that view, Jim said: ‘So many have university degrees as well as many who have spent two or three years at drama school. I wonder if it could be that their perception might be that the sheer spectacle of stunt sequences at the Awards ceremonies might “steal” a bit of the glory from the actor’s performances…..’

While many of the major awards shows don’t have a category for stunt performers, the SAG Awards do – outstanding performance by a stunt ensemble in a motion picture. Most recently, the stunt performers of Wonder Woman 1984 scooped up the prize.

Others have very much skirted around the stunt industry. In 2020, Brad Pitt won a best supporting actor Oscar for playing a stunt double in Once Upon A Time In Hollywood.

In 2019, Captain Marvel star Brie Larson was called onstage to accept an MTV Movie Award for best fight scene – with the actress bringing up her stunt doubles Joanna Bennett and Renae Moneymaker to celebrate the moment with her. It made headlines at the time, prompting the question of why it’s so rare and such a big deal for stunt performers to get the recognition they deserve.

Aside from major awards ceremonies, the Taurus Awards are the most well-known awards within the stunt industry – but is it enough?

‘It’s a black-tie affair sponsored by Red Bull and we slap each other on the back then put it on our resume and IMDb page if we win or get nominated,’ Mikal said. ‘If you’ve never heard of it you are in good company.’

Jim added: ‘There is no awards recognition for the stunt department! I intend to apply to be a member of the selection board of Bafta so that I may be in a position to actually put the recognition for stunt artists front and centre in their consideration.

‘We are so fed up with being fobbed off with the excuse “we don’t have the time” in the awards ceremony. Awards are not just about shoehorning in elements within the ceremony. Given the preliminary waffle from the presenters at the start of the ceremony, I feel people would welcome more exciting content and less self serving dialogue.’

‘[There’s] definitely not enough awards for stunts,’ Bobby added. ‘Every awards ceremony should recognise stunts and why don’t they? It baffles me!’

It’s hard to say what might be done about the lack of recognition of stunt performers at major awards shows.

Years have passed since stunt performers first started campaigning for a category at the Oscars, but many are still speaking out in the hopes that the Academy and similar organisations will finally take notice.

Putting it in the most simple terms, Mikal asked: ‘When it comes to whether or not we deserve a category, ask yourself this – how many of your favourite scenes in your favourite movies could possibly have been shot without us?

‘And then wonder, along with most of us, how in the heck we don’t have a category at the Oscars.’

Metro.co.uk has contacted The Academy and Bafta for comment.