For years, Outlander author Diana Gabaldon has promised that by the end of her book series, every remaining fan question will be answered. At the same time, fans have been sharing their theories about how the story will end on social media. One of the biggest questions is the importance of Jamie’s ghost and why it appeared back in season 1. Now, some fans claim they’ve spotted a clue that could finally explain the mystery. 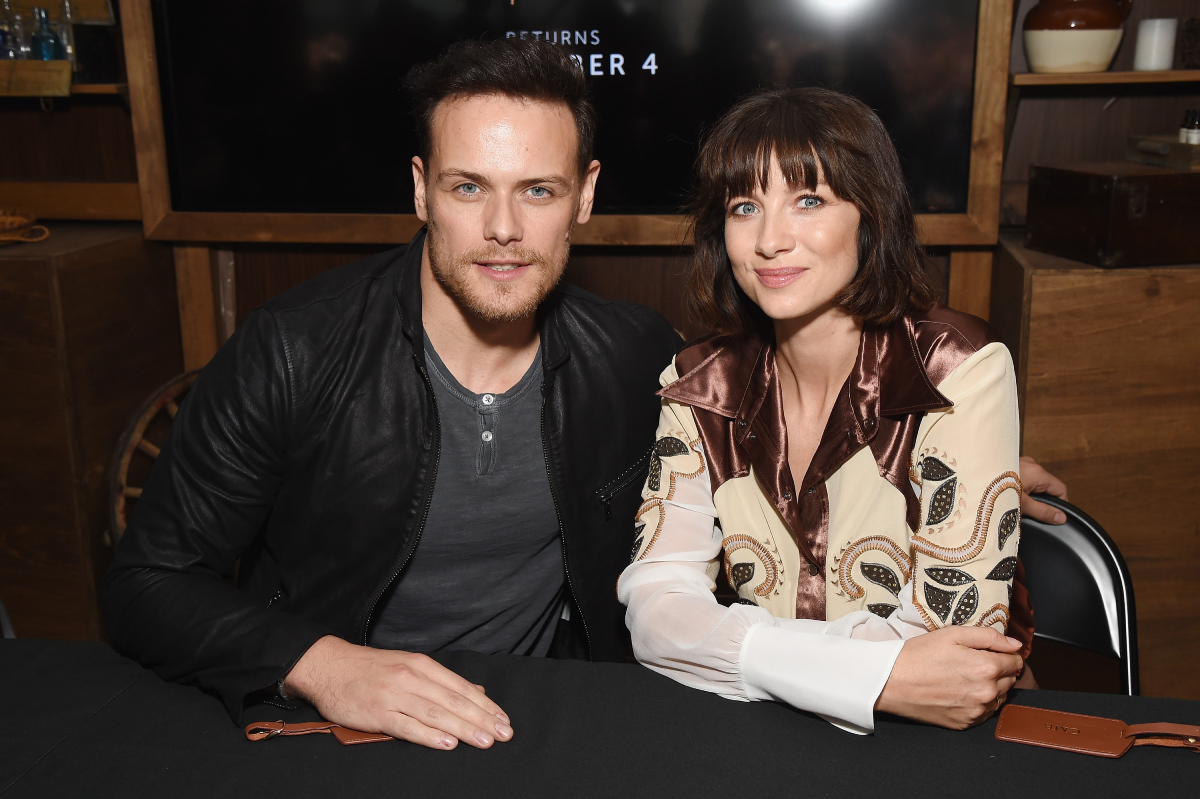 How did Claire travel through time without a gemstone?

When Claire Fraser (Caitriona Balfe) first traveled back to the 1700s in season 1, she did it without a gemstone. Ever since, fans have been confused about how she was able to time travel through the stone of Craigh Na Dun without it.

As Express notes, the subsequent seasons of Outlander have explained why Claire landed in Jamie Fraser’s (Sam Heughan) time. The explanation is that time travel usually takes people 200 years into the past.  Still, there has been no reveal about how Claire did it without the gemstone.

One fan theory on Reddit is that Claire was able to travel and land in Jamie’s time because of her watch. Their explanation is that her gold watch had diamonds, and they could have acted as her gemstone.

“Claire was wearing a watch that had diamonds in it when she first went through the stones. Those stones were destroyed as she went through,” wrote the fan. “Later in the series, she finds Geillis Duncan’s books in the 60s and those books talk about gemstones being protection for time travel.”

While fans are in the middle of the worst Droughtlander ever – waiting for both season 6 on Starz and book 9– the series author has confirmed she knows how Outlander will end. With two books left in the saga, Gabaldon says she is at the point where she has the ending mapped out.

According to Express, Gabaldon has talked about her planned final scene for her book series. She says it will answer one of the biggest fan questions in the series about how Jamie’s ghost ended up outside Claire’s window.

“It will be the last thing in the last book,” says Gabaldon, who added that fans will be pleased about the reveal. “I expect to leave them in floods of tears but you know feeling happy nevertheless.”

Even though she knows the final scene, Gabaldon admits that she hasn’t planned the entire book just yet. She is currently writing book 9, and she won’t “get into book 10” until the penultimate book is completed.

Fans have been trying to figure out the importance and meaning of Jamie’s ghost appearing in 20th century Scotland ever since it happened in the very first episode of season 1. The scene featured Claire’s husband Frank (Tobias Menzies) in complete shock when he saw a mysterious highlander watching his wife get dressed in a hotel window.

Later, it was revealed that the man was the ghost of Jamie Fraser, who Claire later meets when she travels back in time. But, Jamie can’t time travel, so how did his ghost show up in the 20th century? One Reddit fan believes the answer lies in the ghost’s hat.

“We see Jamie with that hat when he is Red Jamie being hunted by the blokes and only then,” wrote the fan. “That means he must have astral projected himself into Claire’s past while hiding out in the woods or maybe he went to Culloden during that time and had a near physical time travel episode or something.”

Season 1 through 5 of Outlander are currently available for streaming on the Starz app and Amazon Prime.