Outlander fans will be thrilled to hear that the showrunners of the series are casually dropping hints about season six. This, surely, will ease the wait time until fans can watch the latest adventures of Claire (played by Caitriona Balfe) and Jamie Fraser (Sam Heughan).

Outlander fans are patiently waiting for the upcoming sixth season of the hit Starz show.

The historical drama, based on Diana Gabaldon’s series of novels of the same name, follows Claire Randall, a married military nurse who, in 1945, is transported to 1743.

The show, developed by Ronald D. Moore, first premiered in 2014, and fans have been thoroughly invested in Claire’s romance with the dashing Jamie Fraser.

Showrunner Roberts recently spoke about the forthcoming season on The Official Droughtlander Podcast. 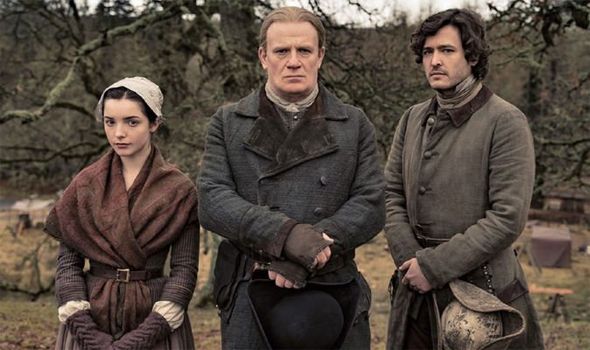 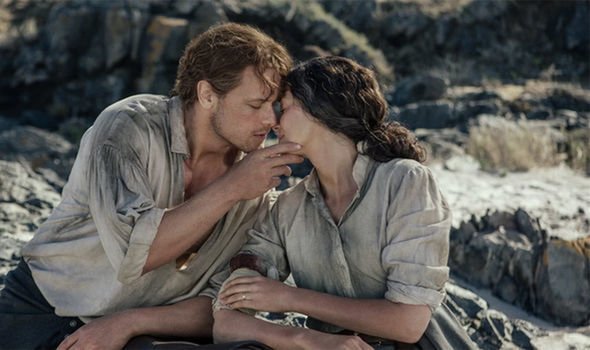 When asked about filming for the sixth season and whether any hints could be dropped, Roberts replied: “Everybody knows me on the spoilers.”

He joked: “Zero hint Matt, that’s what people call me”.

However, Davis said something in season six “might involve the Christies”.

Fans of the novels by Diana Gabaldon will already know everything about the Christie family. 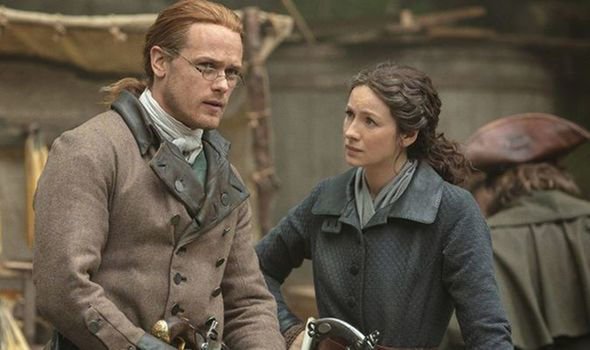 Fans have yet to meet the family in the series and the latest season six casting announcements revealed they will be joining in the forthcoming season.

Fans have been waiting for the family to join the historical drama, and are interested to see how Thomas’ history with Jamie plays out.

In the novels, Tom is the father of Allan and uncle of Malva, though she is raised as his own.

Tom was imprisoned in Ardsmuir prison after the Jacobite Rising of 1745, where he would later meet Jamie after he was arrested.

In season six, Outlander will see the Christie family join the Frasers at Fraser’s Ridge in the US.

Jamie and Tom got to know each other very well and built a strong bond – will this be the same when the family arrives at Fraser’s Ridge?

How will the show portray Jamie and Tom’s friendship, and will there be any flashbacks to their time in prison?

Later in the podcast, Davis said of filming emotional scenes: “Some of the magic of the show gets taken away a little bit when you have our jobs.

“You do tend to see the same scenes filmed multiple times. So it’s not until, what we call the playback, [and] on the big screen you’re seeing it in a way that it’s all been put together. Editing’s been done, everything’s been done, and that’s usually the moment that I get very emotional about certain things,” Davis continued.

Continuing to tease season six, she said: “Certainly this season, there have been a lot of moments, there’s some traumatic and very emotional times. It’s a difficult season for Jamie and Claire and everyone.”

Outlander is available to watch on Starz and Amazon Prime Video.