It has always been believed Outlander’s Jamie Fraser (played by Sam Heughan) could not time travel but his wife Claire Fraser (Caitriona Balfe) could as she could hear the buzzing sound at the stones of Craig Na Dun. Their daughter Brianna Fraser (Sophie Skelton), her husband Roger MacKenzie (Richard Rankin) and their son Jemmy can also time travel. However, Jamie has never felt compelled to travel through the stones and in season five, both he and Claire explained time travel to Young Ian (John Bell). But a new hint has suggested this might not be the case after all.

When Jemmy felt a gemstone burning in his hand in season five, Brianna and Roger instantly knew he could time travel.

Confused by the events, Young Ian questioned what was going on which led to Claire explaining she could time travel.

He took it all in his stride before wanting to know if he too had the ability to move forward or back in time.

Claire broke the news that neither Jamie or Young Ian had displayed any signs they could time travel but now Sam has hinted there could be a surprise in store. 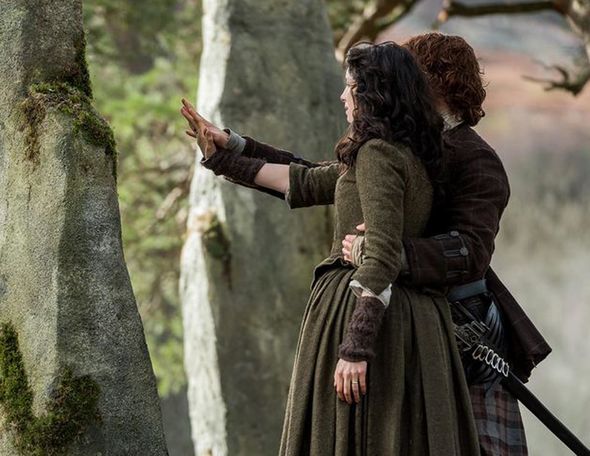 Speaking in a recent interview with Parade out whether season six would draw on book seven, he teased: “Actually, if I could tell you–I can’t because I haven’t seen all the scripts–I would say because we have so much history and time travel and all that, we can pull from any book.

“So there may be not just book seven but other books we pull from.”

Was this brief mention of time travel a hint fans could see Jamie follow Claire through the stones?

It’s not the first time Sam has spoken about time travel playing a big role in season six. 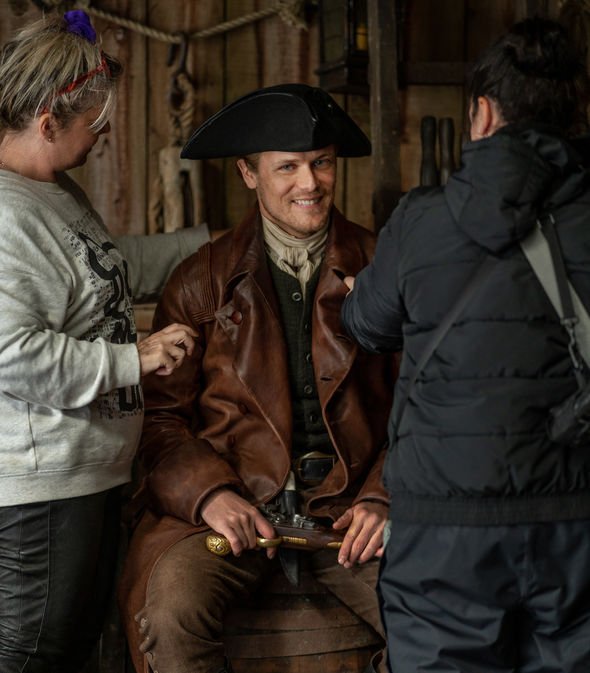 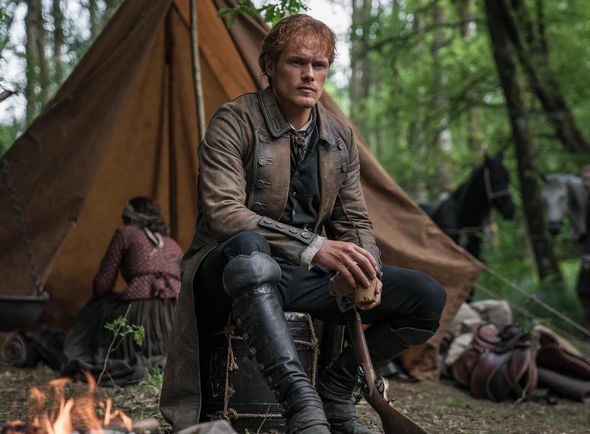 Appearing at PaleyFest LA last year, he hinted many more travellers would arrive in North Carolines as the Revolutionary War approaches.

Sam explained: “We have scenes, we have characters, we have things in the books we haven’t covered.

“We can call back on stuff. We have seen there are other time travellers out there.

“It feels as though the universe is opening up a bit more for us to draw upon, as well for the writers.”

Meanwhile, Sam has revealed what he thinks is the appeal of Jamie, noting: “I think the reason people like him is his and Claire’s love is so pure, so eternal and without question.

“It is something to admire and I would like to be like him. Jamie is extremely loyal.

“I think I am. He is a bit too good to be true. He is pretty perfect.

“He is wonderful and he has been great fun to play. Even now, I wish we could go back and do it all again.

“Go back to Castle Leoch and Lallybroch and just relive it all.

“Looking back and thinking back on all the different storylines and locations, it is so fun.

“He is also so many different characters. He’s got about seven different names that he’s used.”

Outlander seasons 1-5 is available to stream on Amazon Prime Video and Starz now.