Netflix is rounding out the cast for the fourth and final season of its critically acclaimed series Ozark. Alfonso Herrera (The Exorcist, El baile de los 41) and Adam Rothenberg (The Serpent, Ripper Street), are set as new series regulars and Felix Solis (Ten Days in the Valley, Charmed) and Damian Young (The Trial of Chicago 7, Homeland) who both recurred in Season 3, have been promoted to series regulars for the new season. Additionally, Bruno Bichir (Narcos, The Bridge), CC Castillo (Outer Banks, True Detective) and Tony winner Katrina Lenk (The Band’s Visit, Tommy) have been tapped for recurring roles in the series starring and executive produced by Jason Bateman.

Created by Bill Dubuque and Mark Williams, Ozark is a thrilling drama set in the present-day and follows the Byrde family’s journey from their normal, suburban Chicago life to their dangerous criminal enterprise in the Ozarks, Missouri. The series explores capitalism, family dynamics, and survival through the eyes of (anything but) ordinary Americans.

Herrera will play Javi Elizonndro, a member of the Navarro family who walks a fine line between playing the obedient lieutenant and scheming to take over his uncle’s cartel.

Rothenberg is Mel Sattem, a cop who fell from grace who now works as a P.I. He enjoys the chase and won’t rest until he unravels the truth. 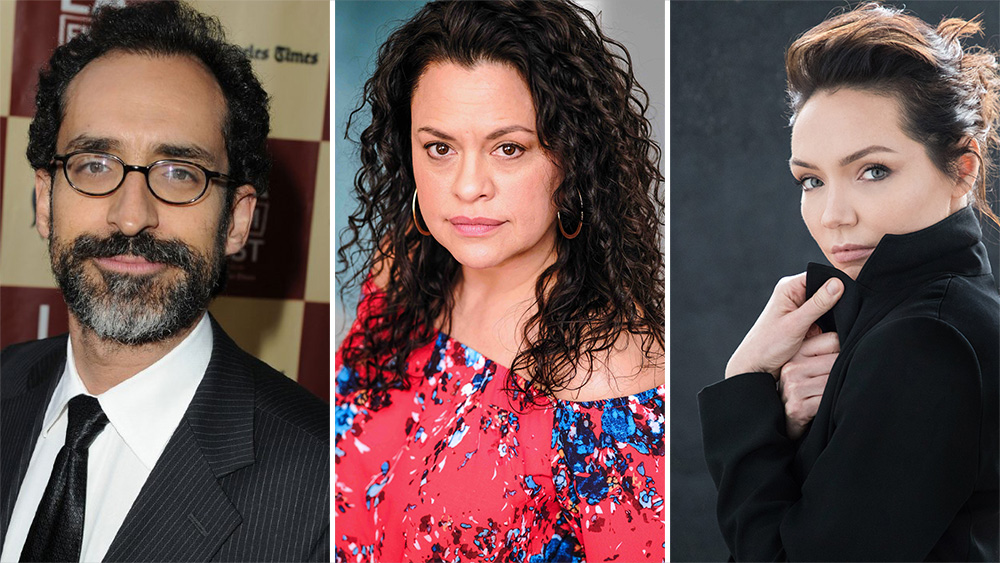 Bichir will recur as Navarro’s Priest. Navarro’s confessor and confident; works for the cartel because he deeply believes he belongs where God is needed most.

Castillo is Sheriff Leigh Guerrero, Missouri law enforcement who refuses to play on anyone’s terms but her own.

Lenk plays Clare Shaw, CEO of a leading biopharmaceutical company, whose judgement is corrupted as she learns the true cost of power.

As previously announced, Season 4 will be released in two parts, 7-episodes each and is set to begin production this year. Chris Mundy will return as showrunner, writer and executive producer. Bateman, Mark Williams, John Shiban, Patrick Markey and Bill Dubuque will also serve as executive producers. Laura Linney will serve as Co-Executive Producer.

In Season 3, with the casino up and running, Marty (Jason Bateman) and Wendy  (Laura Linney) fought to keep control of their family’s destiny. Marty preached keeping the status quo. Aided by an alliance with Helen (Janet McTeer) and drug cartel leader Omar Navarro (Felix Solis), Wendy plotted for expansion. But when Wendy’s brother Ben (Tom Pelphrey) came into town, everyone’s lives were thrown into chaos.

Since its 2017 premiere, the series has racked up thirty-two Emmy nominations with three wins, to date, for Bateman for Outstanding Directing for a Drama Series and two for Garner for Outstanding Supporting Actress in a Drama Series. The most recent third season received 18 Emmy noms. The series from MRC Television has also garnered two Golden Globe nominations and six SAG nominations for its performances by Bateman, Garner and Linney.