Jeremy, 54, was joined by a panel of guests on today’s edition of his Channel 5 chat show, including for Labour political aide, Alastair Campbell, 62. As the host discussed one of many topics touched upon throughout the show, he and the guest mocked Conservative member Jacob Rees-Mogg, 50, which left the panel speechless.

One such topic of conversation which arose today was about whether speed bumps should be scrapped from UK roads.

The initiative has been suggested due to the pollution created from vehicles when drivers have to slow down and then speed up again.

Unfortunately for Vine, he suffered an altercation with such a speed enforcement fixture when out and about on his bike.

As he recalled his story to the panel, the host told of a dispute he had with a passer-by, which led him to mock Rees-Mogg as he tried to impersonate the politician. 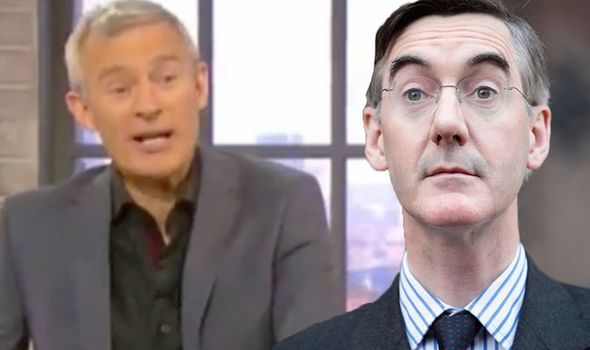 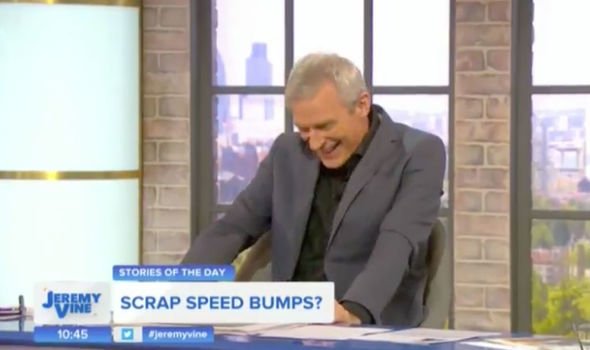 Beginning his story, Vine began: “The only thing I would say is, don’t go over them in the snow.

“Because the only time I’ve actually properly fallen off is it was snow covered and I was doing quite well, but the speed bump just completely took me out.” he recalled.

Setting up his impersonation of Rees-Mogg, the host added: “And then there was some lad on the street, I was in a posh area of London, and there was some little Lord Fauntleroy with his nanny.

“I can’t remember if he was wearing a top hat,” he quipped as the studio audience began to chuckle away. 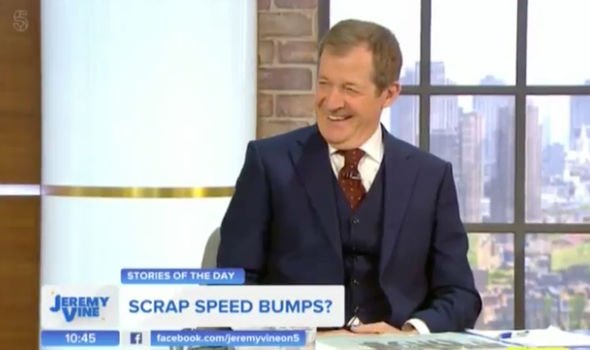 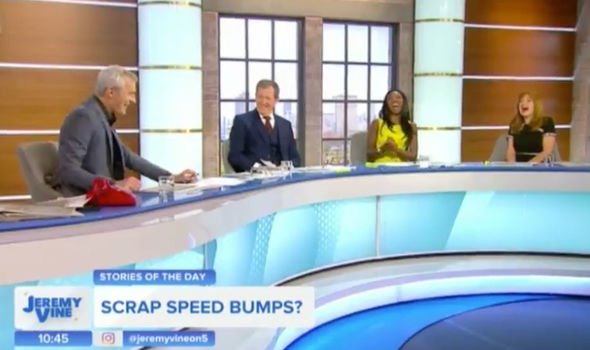 “Was Jacob not there?” Campbell asked as he took aim at the Conservative politician.

Stating there was some resemblance to the Leader of the House of Commons, Vine remarked: “It was like a six-year-old Jacob Rees-Mogg.

“Shouts at me, ‘You should be more careful,'” the presenter said as he mocked Rees-Mogg by giving his best impersonation of him.

The panel were left speechless as they burst into hysterics over the light-hearted comment by the host.

Last month, Rees-Mogg and serving Prime Minister Boris Johnson, 55, were themselves left chuckling away when former leader of the party Theresa May, 63, gave her verdict on the result of the 2019 General Election.

Having only secured a minority when she called a public vote back in 2017, May said the majority the Conservatives won in December should have happened two years ago.

In her address to the Commons, she said: “I have been in this house for over twenty-two years and this is the largest number of Conservative members of Parliament I have seen in this house.

“I would like to congratulate the Prime Minister for leading our party to an overwhelming victory.”

May continued: “One thing now is certain, the lobby is going to be rather crowded but may I just personally say it’s going to be a rather welcome change to see all Conservative MPs going through the same lobby.

“If I just reflect that this was the result that was supposed to happen in 2017.

“But of course back then people still thought that the Labour Party was supporting Brexit.”

Her comments caused Johnson and Rees-Mogg to turn around with smirks on their faces.

Jeremy Vine airs weekdays at 9.15am on Channel 5.