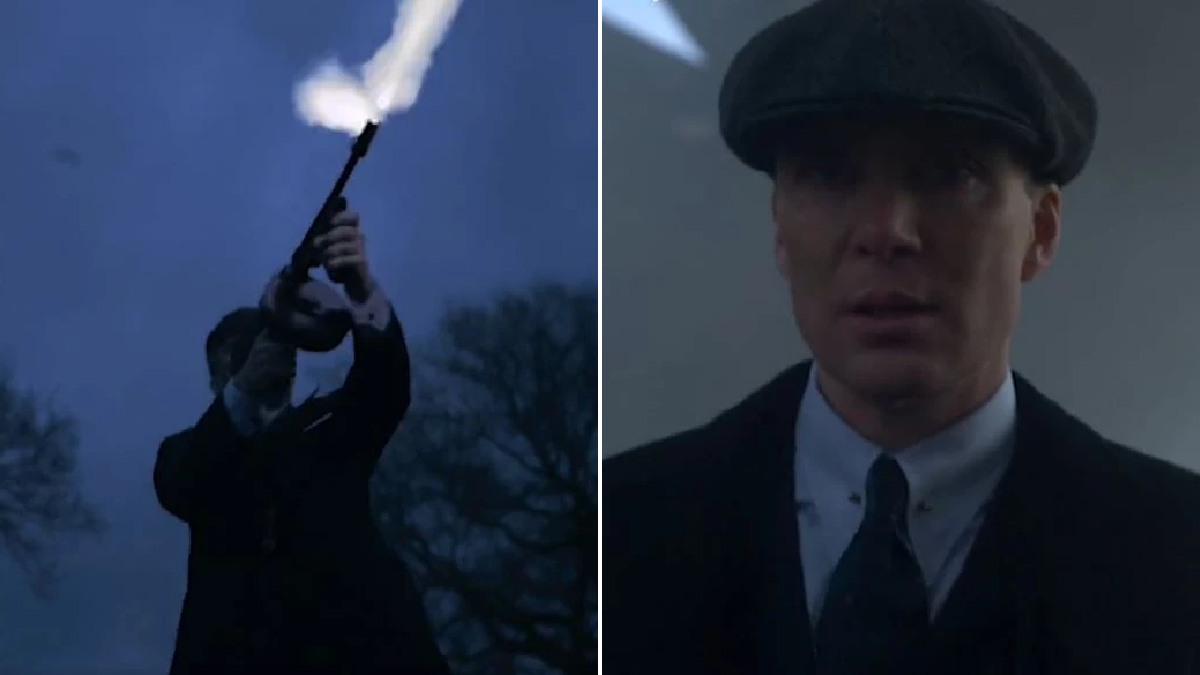 The hotly anticipated trailer for Peaky Blinders series 6 has arrived and it looks set to be the most dramatic chapter yet with gunfire and explosions bursting at the seams.

The 90-second teaser kicks off with Cillian Murphy’s Tommy Shelby opening fire with a machine gun in the middle of a field at dusk.

‘One last deal to be done, then we Peaky Blinders rest,’ he says.

While fans were excited to get a sneak preview at what’s in store, they were a little disappointed that the release date has yet to be confirmed.

‘New trailer for Peaky Blinders looks intense,’ wrote one on Twitter. ‘We got to see Alfie .. hints of mourning Polly…political Tommy once more… and the flames behind Michael makes me think he’s the one that betrayed the Shelby’s ..can’t wait! Wish we had a date for the premier…’ (sic)

Echoing a similar sentiment, another penned: ‘I thought the release date would have been release today with this short trailer… disappointed not having seen the date but excited to watch this last season although the teaser was too short.’

One last deal to be done.

Watch the final series of #PeakyBlinders, coming soon on @BBCOne and @BBCiPlayer. pic.twitter.com/abH8GYJdiu

While an exact release date is unknown, it has been revealed that the show is returning in early 2022.

It’s been more than two years since season five of the gang-inspired drama aired its latest episode, which left viewers on a dramatic cliffhanger.

The new series will be the first without Helen McCrory, who died in April at the age of 52 following a private battle with cancer.

The esteemed actress played Aunt Polly in the BBC series and Cillian previously said the cast was ‘desperately sad’ to film the show without her.

Sad for all of us who knew her, and the people who were close to her and the fans,’ he told Irish radio station Today FM.

‘She was like the matriarch of Peaky Blinders, and the person I was closest to. The Polly and Tommy scenes were some of my favourite scenes in the show. It’s desperately sad. We’re all still trying to come to terms with it.’

Peaky Blinders series 6 launches in early 2022 on BBC One.