Phil stunned as he discovers Sam's shocking secret in EastEnders 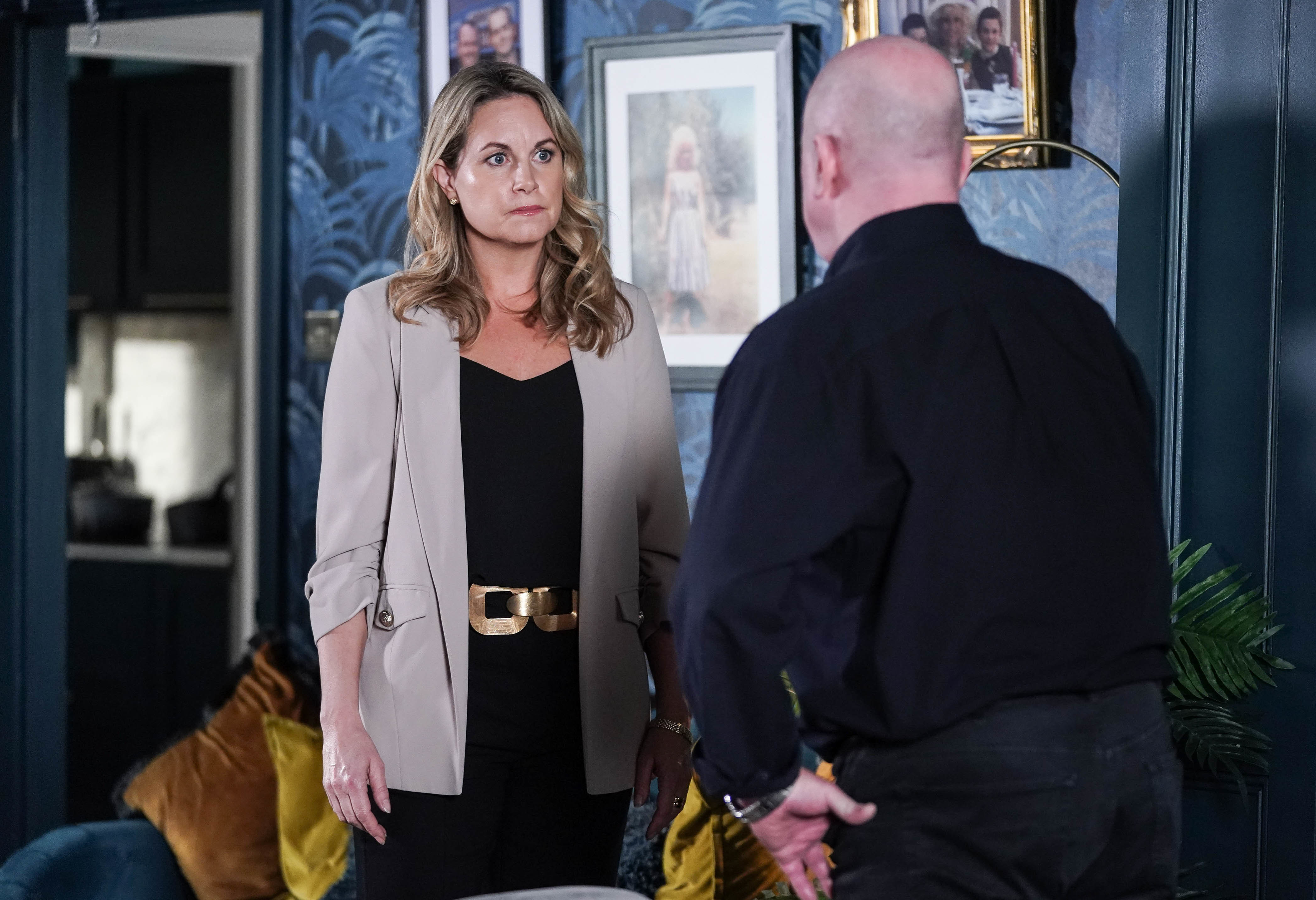 Sam Mitchell (Kim Medcalf) will have some explaining to do in EastEnders when Phil (Steve McFadden) makes a huge discovery about her time spent in Spain.

The popular character made her long-awaited return to screens earlier this year, returning to the Square when Phil summoned her home to help.

Little is known about what exactly Sam got up to in Spain, but her secrets are soon set to be revealed as Phil uncovers some interesting information over the Christmas period.

The hard-man finds himself frustrated over Kat Slater (Jessie Wallace) and Alfie Moon’s (Shane Richie) growing connection, and therefore he takes himself off to Peggy’s to be alone.

Sam stumbles upon him sitting in the dark, but she’s taken aback by the sight before her, as she attempts to convince Phil to give Kat another chance.

Phil is on the fence, but Sam is determined to make him see that he has a future with Kat, going as far as having a word with nemesis Kat, reiterating that Phil has been loyal to her and therefore she should return the favour.

Whether or not Sam’s words have any effect remain to be seen, but the wine bar manager’s priorities are soon elsewhere, as she makes it her mission to make sure Phil doesn’t find out what she got up to in Spain.

Her efforts, however, prove fruitless, as subsequent scenes see Phil learn the truth for himself, and it’s safe to say that he’s furious with his little sister.

But just what did she get up to? That remains to be seen, but Phil is on the warpath and he soon delivers an ultimatum.

The question is: just what is it?

Will Sam once again find herself alienated from the family she holds so dear?