Phoebe Waller-Bridge’s Fleabag is heartbreaking, funny and close to perfect

There are some things I don’t quite get about Fleabag – like how a show about grief and guilt can be so damned funny, and how a story about failed relationships can be so uplifting. It’s a puzzle.

In its second season, Fleabag (Amazon Prime) picks up "371 days, 19 hours and 26 minutes" after the first ended. Our unnamed heroine (Phoebe Waller-Bridge) is still running a guinea-pig themed cafe but now it's thriving rather than failing. She has also sworn off getting smashed and using sex as a way of avoiding emotions. Or so she says.

That's not to say she's got everything under control; when we first see her, blood is streaming from her nose. She's in a bathroom, with another woman on the floor, also with a bloodied nose. And then Fleabag, because that's what we're meant to call her, turns to the camera and breaks the fourth wall and says: "This is a love story."

And so it is, over six beautifully weighted episodes that alternate from hilarious to heartbreaking and back again.

Our heroine is still haunted by the death of her friend Boo (Jenny Rainsford), who walked into traffic after discovering her boyfriend had been cheating on her. She hasn't spoken to her sister Claire (Sian Clifford) since she revealed Claire's alcoholic husband Martin (Brett Gelman) had made a drunken pass, but the thaw is on, slightly. Even her emotionally constipated father (Bill Paterson) is trying to mend fences. 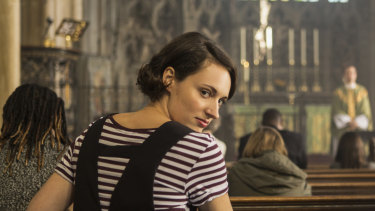 He's given her a voucher for a counselling session. Of course she's fine, she doesn't need that, so she takes it to the counsellor hoping to exchange it for cash. Before she knows it, she's in therapy.

"So why do you think your father suggested you come for counselling," the counsellor asks.

"I think because my mother died and he can't talk about it and my sister and I didn't speak for a year because she thinks I tried to sleep with her husband and because I spent most of my adult life using sex to deflect from the screaming void inside my empty heart," she says. And, to the camera: "I'm good at this."

Oh yes she is. Waller-Bridge, who also created Killing Eve, is merciless at self-excoriation. There's no self-pity here, but plenty of empathy. And gags galore. 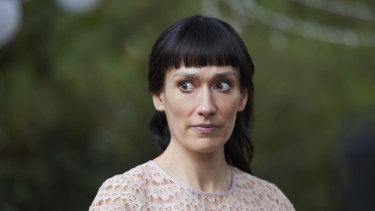 When a hairdresser who's given Claire a cut she hates insists that "hair isn't everything", the sisters are aghast.

"Wow," says Fleabag. "Hair. Is. Everything. We wish it wasn't, so we could think about something else occasionally, but it is."

And to her sister she finally confesses the main point of the series. "I met someone."

Irishman Andrew Scott plays said priest (known only as Father or "the priest", in keeping with the fairytale-like naming conventions at play here) and he's wonderful. He's perfect for her too – apart from the small matter of the dog collar and the vow of celibacy, that is. Hell, he's so simpatico he even notices when she's breaking the fourth wall to address us, though he doesn't twig exactly what's going on.

The writing here is bitter, sweet, truthful and empathetic. The performances are brilliantly judged from top-notch actors who know exactly when to play it straight and when to go for the funny. 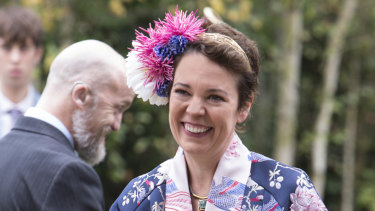 A special shout-out is in order for Olivia Colman, Oscar winner for The Favourite this year. As the Godmother to Fleabag and Claire and soon-to-be-wife to their father, she is the personification of middle-England hideousness lurking beneath a frosty smile and supercilious manners.

When Fleabag gives her a wedding present she thanks her, then says: "I'm going to open it over a bin." Beat. "So I've got somewhere to put the paper."

That moment, like everything else about Fleabag, is just about perfect.