Home » TV & Movies » Piers Morgan blasted by Ron Reagan in fiery GMB Trump debate: ‘Can I get a word in?’

Piers Morgan blasted by Ron Reagan in fiery GMB Trump debate: ‘Can I get a word in?’

Good Morning Britain viewers saw Susanna Reid and Piers Morgan spend the majority of today’s edition of the ITV breakfast show going over the biggest story of the last few days – the outcome of the US Presidential election, which has seen current President Donald Trump voted out of The White House. The pair were joined by Ron Reagan and American pundit and Republican Ann Coulter, for a debate on issues such as voter fraud, which led to the former becoming frustrated with Piers as he continuously spoke over him in a heated clash, asking him: “Can I get a word in?”

President Trump has been seen claiming voter fraud across the US after he was confirmed to have been defeated by Joe Biden at the weekend.

However, the President is still yet to put forward any evidence to support his claims.

Earlier on in the debate, Ann had been seen explaining how she believed the election had helped Republicans to “finally notice” the issue of voter fraud.

However, Susanna had reminded her how Trump had asked his supporters “not to do mail-in ballots.” 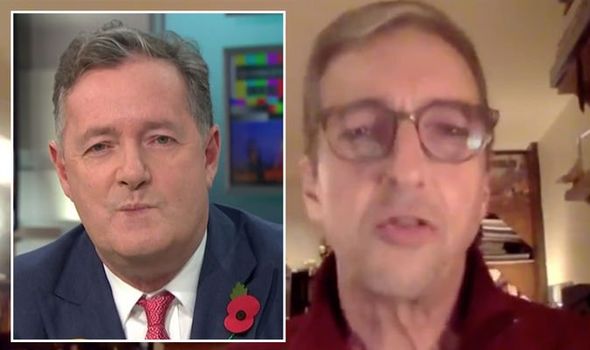 But Ron strongly disagreed with the way proceedings were heading and opposed what Ann was saying.

He told the hosts: “Anyone who believes Joe Biden is part of a Satanist cabal is an idiot!”

Piers soon tried to challenge the guest whilst he was speaking, which led to Ron becoming increasingly frustrated by the outspoken host.

“Piers, may I get a word in edgeways?” He pleaded as things only became more heated.