Piers Morgan has reacted to his voice being used in the trailer for the new documentary Harry and Meghan, calling the usage exploitative.

Responding to the trailer’s release on Twitter, Piers retweeted the footage, adding: “BREAKING: Princess Pinocchio & Prince Hypocrite use my voice to flog their ghastly new series. I’m traumatised by this exploitation.”

Fans had a mixed reaction to his post, with one writing: “Do you really have to comment on everything they do. Starting to sound like a really obsessed ex here. If you don’t like what they do ignore them. Easy.” Another person added: “Love it – hope you’re getting paid for this.”

MORE: 5 key details you may have missed from Meghan and Harry’s Netflix trailer

He later retweeted another article which revealed that Prince Harry said that there was a “war” against his wife, Meghan Markle, adding: “Says the guy waging a relentless vicious public war against his own family. Harry’s such a deluded spoiled manipulated brat.”

Part one of the documentary will be out on 8 October

He also pointed out that a shot that appeared to be paparazzi was actually footage of invited press at a premiere, writing: “They already tell yet another lie in the first trailer with the Harry Potter paparazzi shot. These two wouldn’t know the truth if it slapped them round their latte-encrusted tiaras.” 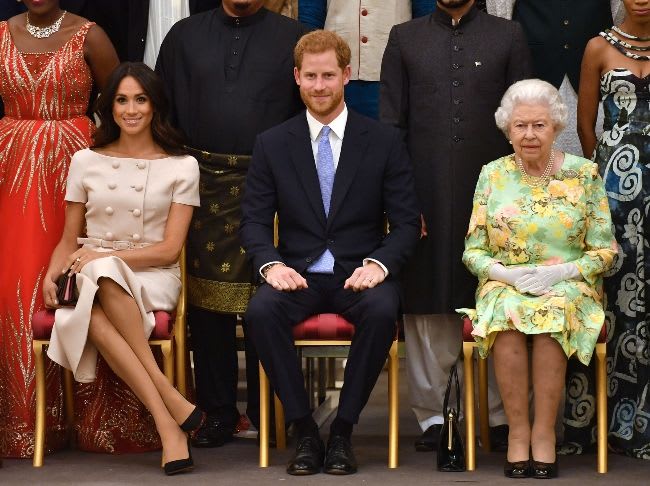 Prince Harry and Meghan will tell their story in the documentary

In the new trailer that was released on Monday, Prince Harry accused Buckingham Palace of “planting stories”. In the latest one-minute trailer, the Duke of Sussex narrates: “There’s a hierarchy of the family. You know, there’s leaking, but there’s also planting of stories… It’s a dirty game.”

He added: “The pain and suffering of women marrying into this institution, this feeding frenzy. I was terrified, I didn’t want history to repeat itself. No one knows the full truth. We know the full truth.”