The cheeky presenter had just finished a monologue about his win at Soccer Aid on Sunday – leaving his co-host bored. 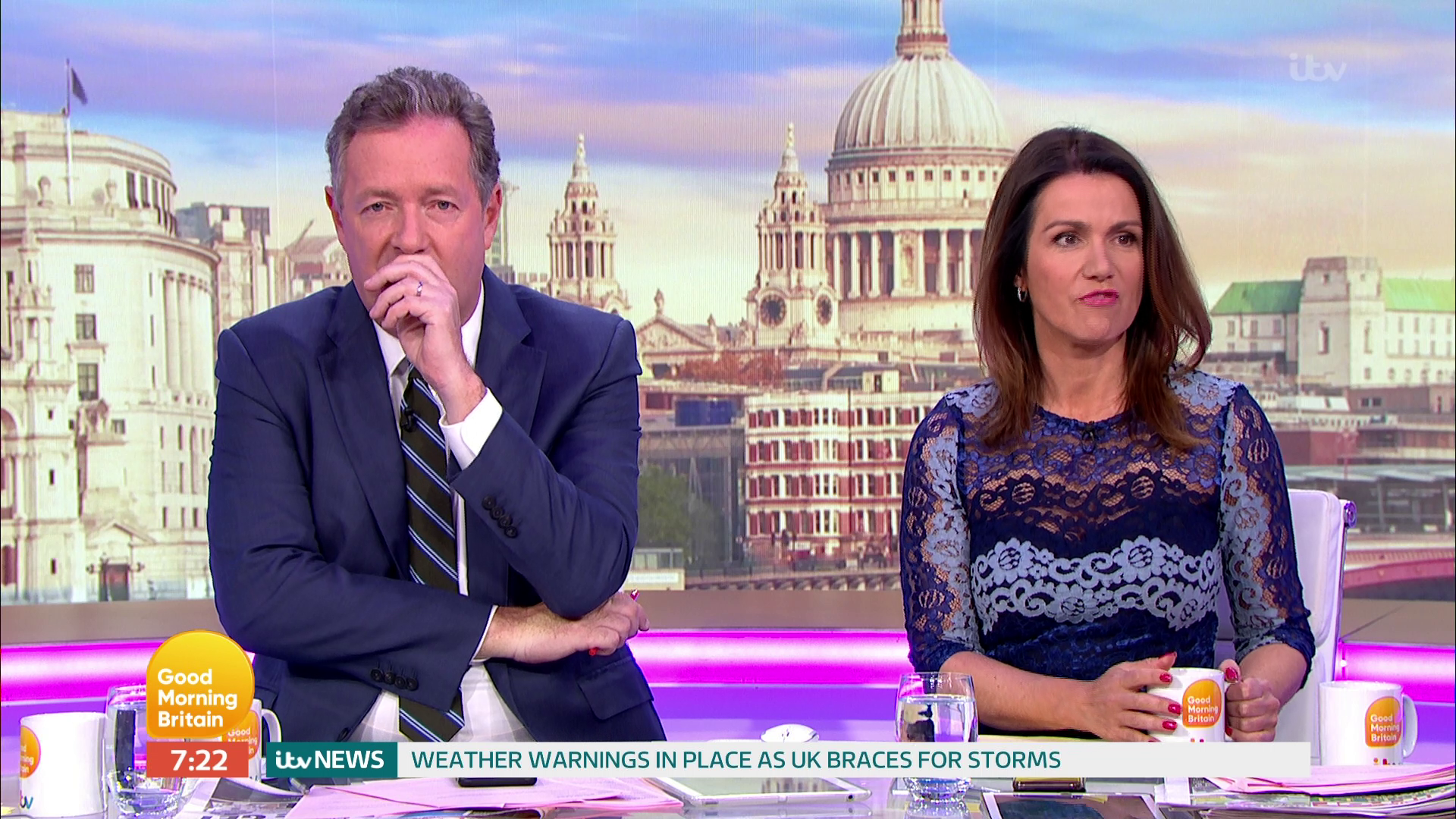 But Susanna told him: "Do you ever get bored of blowing your own trumpet?"

And the 54-year-old shot back: "Nope. And if you want to join in and blow my trumpet, feel free."

As Susanna almost spat out her tea, he added: "What? God you've got some filthy minds in here! Dear oh Dear."

Piers is his own biggest fan and earlier this week he teased he's "the driving force" behind the show. 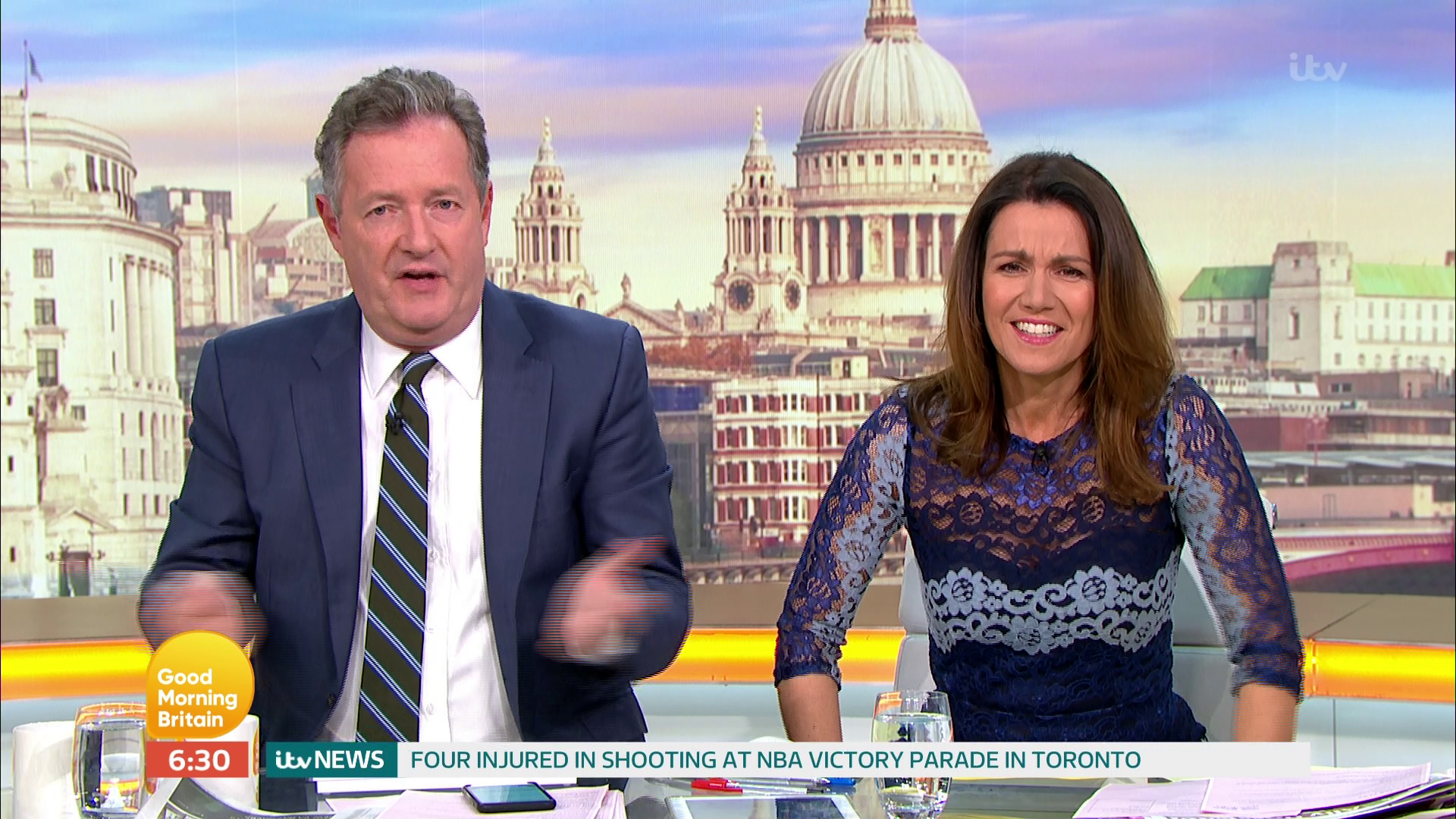 Chatting to the Radio Times, he said though the presenters are seen as equal the 54-year-old thinks he's higher up the ladder than 45-year-old Susanna.

He said: “I probably am the de facto leader of the team when I’m on."

He added: "Susanna is very opinionated herself and has a very big role in the show, but I think if you actually said to her, 'Who do you think is the main driving force?' she would probably say me."

But Piers goaded him for missing his penalty in the shoot out, and laughed: "One of the crucial moments was you missing a penalty. You went back so fast I thought you were running 100m."

He added: "We were shouting, ‘Wrighty it’s all about to go wrongy’."