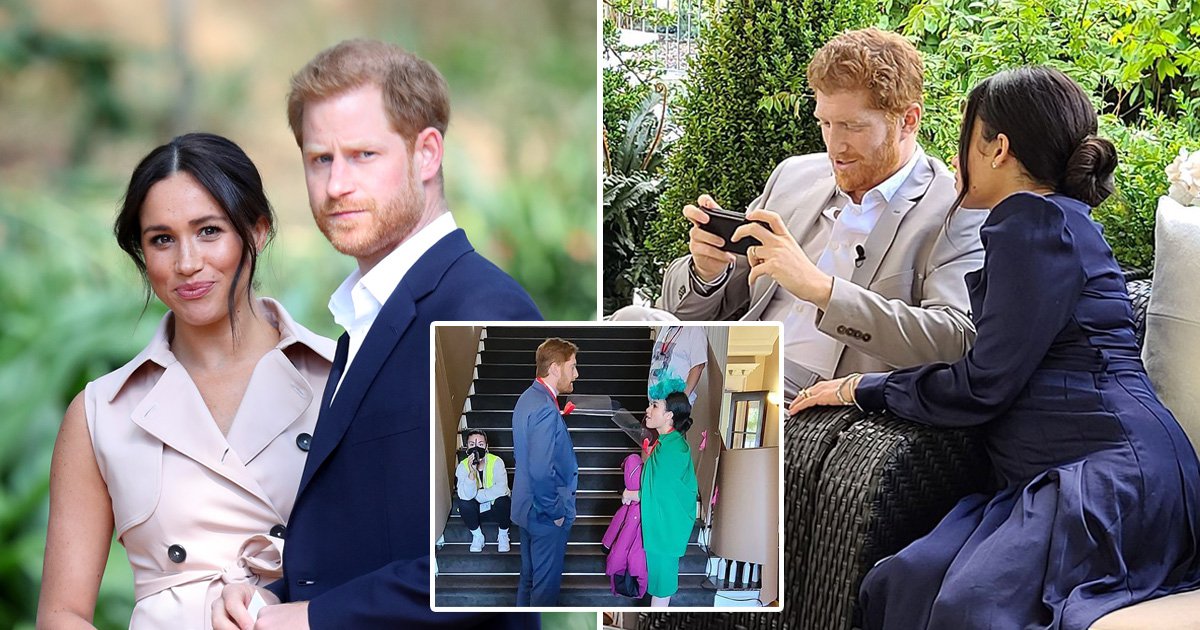 Sydney Morton has shared behind-the-scenes shots from the set of Harry & Meghan: Escaping The Palace.

The film, which is set air on Lifetime in September, will document Royal couple Prince Harry and Meghan Markle’s relocation to the US, with Sydney, 36, playing Meghan.

She will be joined on screen by Jordan Dean, 34, as Harry, with other lookalike pairs previously appearing in Harry & Meghan: A Royal Romance and Harry & Meghan: Becoming Royal.

In one Instagram picture shared by the actress on Thursday, she can be seen in character in a green dress and fascinator typically worn by the Duchess of Sussex.

The star was snapped looking lovingly at her on-screen husband as they stood in front of a grand staircase.

In another, they sat outside in chairs similar to those Harry and Meghan were interviewed in by television legend Oprah Winfrey in March.

One glimpse saw the stars posing at the top of a staircase, as if for a glossy magazine shoot.

It was announced a television movie about the royal couple’s move to America was being made in March this year.

The 2018 film A Royal Romance documented their love life while 2019 flick Becoming Royal took a look at their time inside the royal family.

The full logline for the upcoming film reads: ‘Harry & Meghan: Escaping the Palace reveals what really happened inside the palace that drove Harry and Meghan to leave everything behind in order to make a future for themselves and their son Archie.

‘The movie will detail Meghan’s growing isolation and sadness, their disappointment that “The Firm” was not defending them against the press’s attacks and Harry’s fear that history would repeat itself and he would not be able to protect his wife and son from the same forces that caused his mother’s untimely death.

‘Harry & Meghan: Escaping the Palace will also reveal the private family feuds between Will and Harry, Kate and Meghan, and Harry with Will and Charles, that lead to the ultimate break from the royal ties.’

Harry & Meghan: Escaping The Palace is set to air on Lifetime on September 6.