Shoulda waited until next week, Fox

Rob Lowe’s “Mental Samurai” on Fox got off to a rough start with its Season 2 premiere on Tuesday. Last night’s primetime featured season finales for “The Voice,” “This Is Us,” “NCIS,” “FBI,” “FBI: Most Wanted” and “Game of Talents.” There was also some Mike Tyson special on ABC.

NBC finished first in the key demo’s ratings last night, CBS was No. 1 in total viewers.

Fox, which kicked off primetime with its “Game of Talents” Season 1 finale, settled for a last-place tie with The CW. Yes, even the Spanish-language broadcast networks had better ratings than Fox. 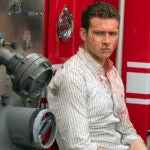 Find out who won “The Voice” Season 20 here.

ABC was third in ratings with a 0.5/3 and in viewers with 2.2 million. Two-hour Mike Tyson special “The Knockout” starting at 8 received a 0.6/4 and 2.6 million total viewers. Another special at 10, this one marking the anniversary of George Floyd’s death, got a 0.3/2 and 1.4 million total viewers.

Univision was fourth in ratings with a 0.4/3 and in total viewers with 1.5 million. 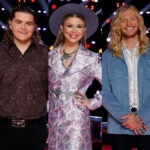 For Fox, the “Game of Talents” finale at 8 got a 0.2/2 and 1.1 million total viewers — a total dud without “The Masked Singer” as lead-in. The “Mental Samurai” season premiere at 9 average the exact same (rounded) Nielsen numbers, hence Fox’s primetime averages. 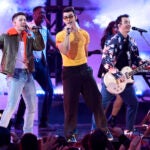