A five-second guerilla marketing ad by the Reddit subreddit r/wallstreetbets got a message across in a blink-and-you’ll-miss-it moment just after halftime.

The community was using a GoFundMe to raise money for an ad, but couldn’t reach the lofty mark in the short-time before the game. So instead, it opted to blast out the message in its five-second moment, hoping that the subsequent pick-ups (like this) would help reach the intended audience.

The plan was hatched in reaction to a thirty-second Super Bowl ad by the stock-trading app Robinhood, which is currently in the dog house for blocking trading in Gamestop and other volatile stocks. Robinhood is out of touch, Reddit argued, celebrating the very people it stifled.

Robinhood disrupted an ongoing short squeeze. The move has led to more than 30 class action suits. 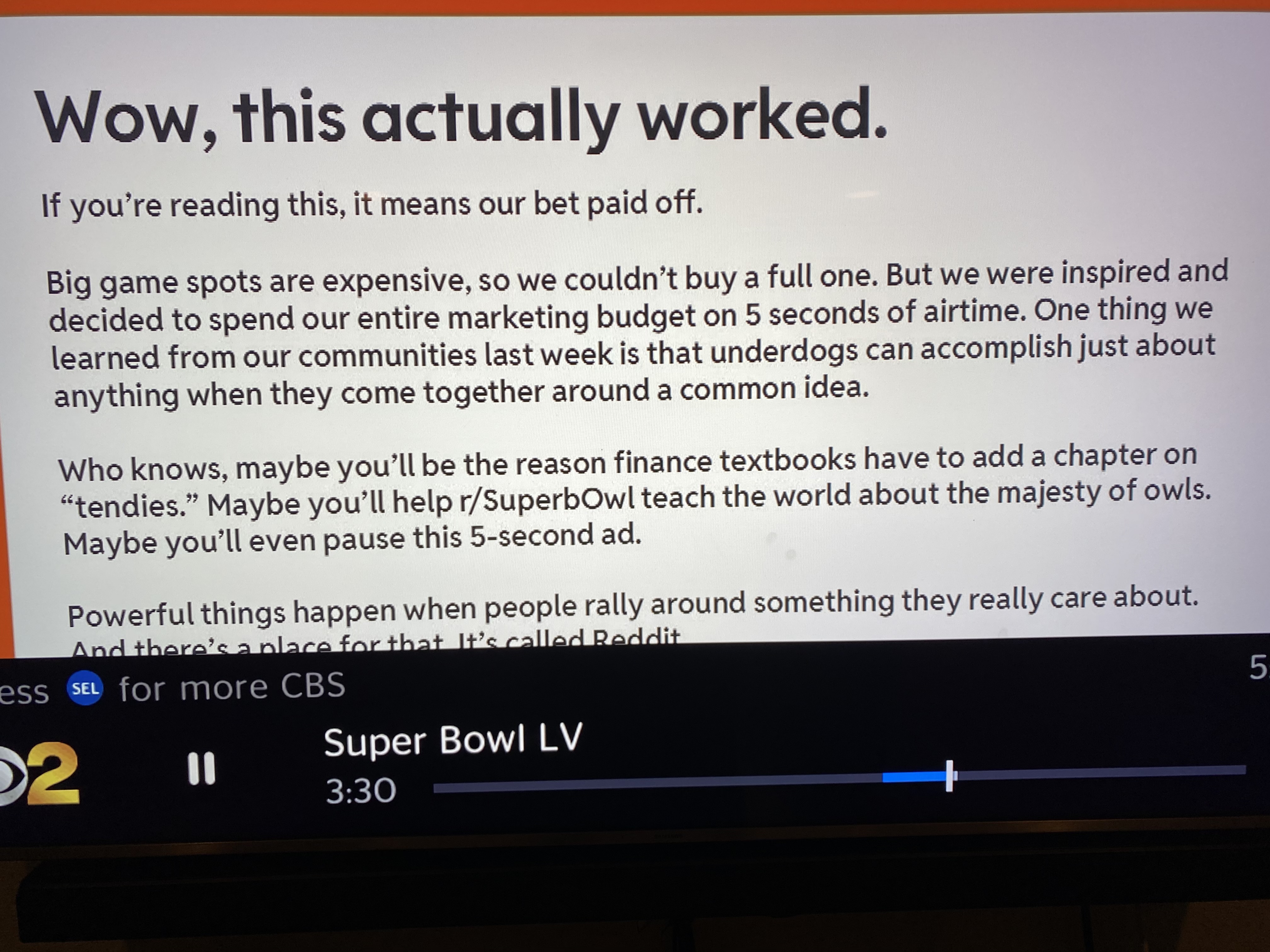