Amid the heated rumors of a romantic affair with Denise Richards, Brandi Glanville from The Real Housewives of Beverly Hills lashed out at Camille Grammer for coming for her on Twitter. 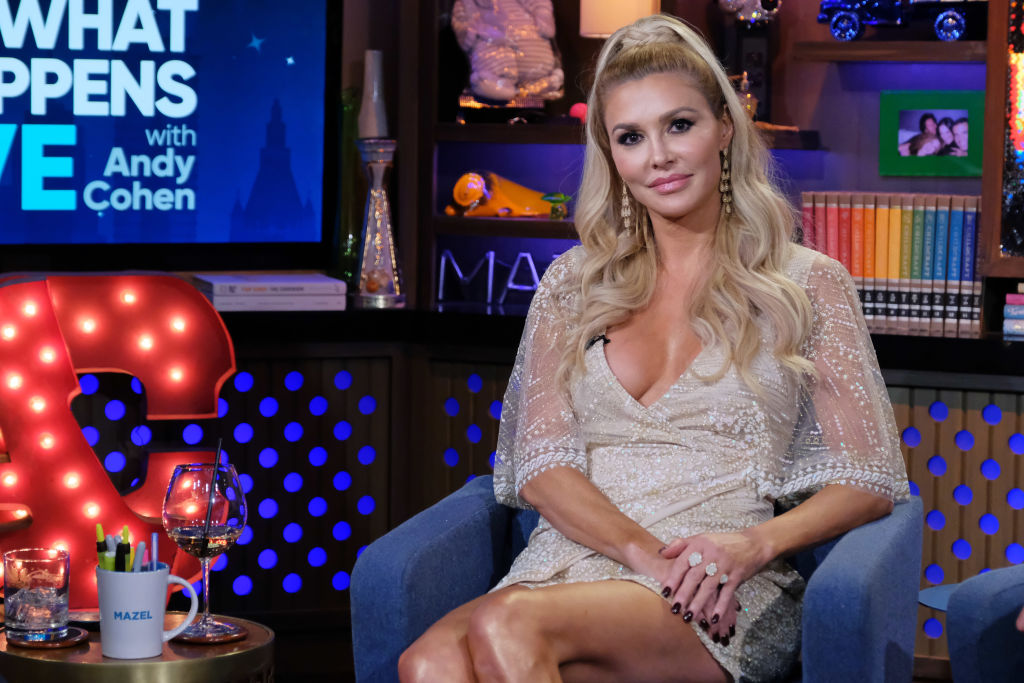 “Yesterday there was some news leaked about Real Housewives of Beverly Hills and the plot of something that may or may not have happened,” Glanville hinted on her podcast Brandi Glanville Unfiltered. “I didn’t realize all of this was going to be coming out so soon. I’m not saying whether it’s true or not, but we’re still shooting a little bit so I’m just feeling like wow.”

“I thought I had a couple of months,” she laughs. “I had a little panic attack yesterday. I’m not allowed to talk about whether it’s true or not, like my part of it.” But Glanville added, “I will say, f**k you! Stop tweeting. If you’re going to be tweeting about me, put my name in it. I will f**king come for you bitch!”

The person Glanville is referring to in her podcast is Camille Grammer. Grammer shared on Twitter that the rumors surrounding Glanville and Richards are not true. “Spoiler alert. She didn’t hook up with BG,” Grammer tweeted. Adding, “It may come up… a desperate person looking to start drama to get back in the show full time. Some people will lie about anything SMH.”

But Glanville wants Grammer to stay in her lane or at least speak directly to her instead of dropping Twitter bombs. “Oh, I’m pissed,” Glanville continued. “You just saw my anger right?” Glanville said as she talked to her podcast producer. “She is an ex-Housewife, she was married to Kelsey Grammer, and she was on last year. She was kind of the villain last year sidekick. And she’s been on here and there every couple of years. Just like myself.”

“And she wrote she was coming back for diamonds and drama this season,” Glanville continued. “I haven’t seen her. Um yeah, angry.”

Glanville says the cast is like a modern family

Glanville later says she’s in a good place with cast members like Kyle and Kim Richards. But adds, “If you sign up for a reality show, it is about friends that have conflict and resolution in a relationship. And it’s kind of great because when you are at a table with your friends you wanna say something but don’t. But in this instance, you just do. You get to say exactly how you feel in that moment because that’s what you are there to do.”

“I mean, these women have been through so much,” Glanville adds. “Look at Kim and Kyle and myself. We’re good. We’re friends. It all comes back around. Everyone’s fine. We all like each other. I’d say it’s like a modern family.”

Glanville concludes, “I don’t even mind Camille. It’s just she should shut the f**k up and if she comes for me it’s not going to go well for her. Not at all. And ‘at’ me bitch, I dare you.”