RHOC alum Tamra Judge believes she's got the perfect mouse trap for the rodent now invading her home – in the form of her swollen, "pretty gross" face.

The reality star underwent a CO2 laser peel facial at a plastic surgeon's earlier this week – with the procedure leaving a red and "crispy" effect to her visage. 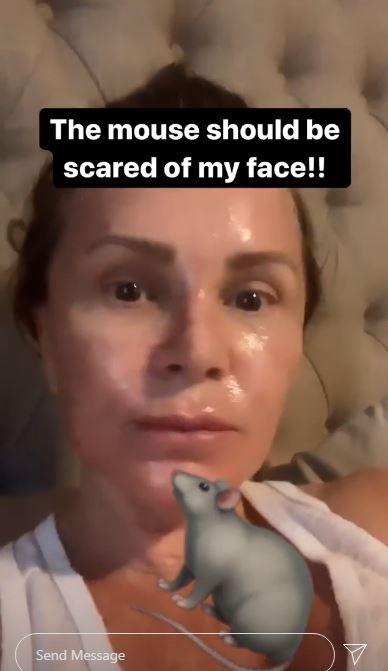 Tamra, 53, yesterday took to her Instagram to announce it was day four of her peel and "the skin was starting to come off", which she branded "pretty gross."

With her hair tied back, the glistening sheen across her face was evident, before she turned her head to the side to show painful-looking red marks on her hairline.

She continued: "But not as gross as the mouse that's running through my house right now.

"One of my lovely children left the garage door that leads into the house open overnight and we have a mouse running through the house." 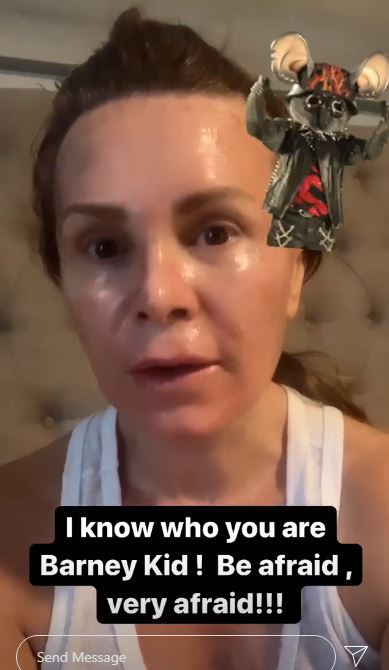 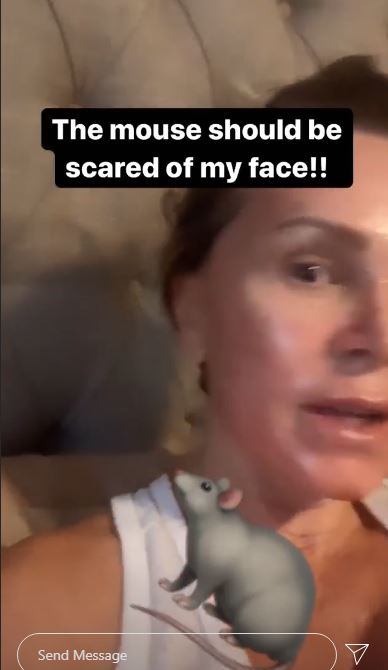 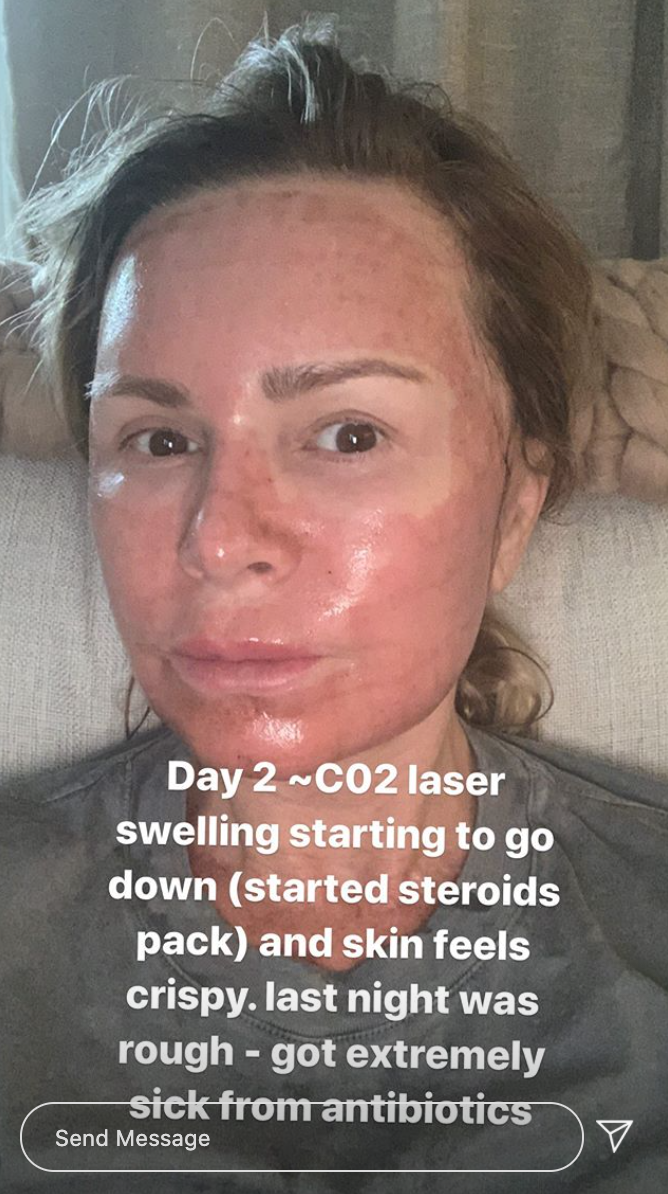 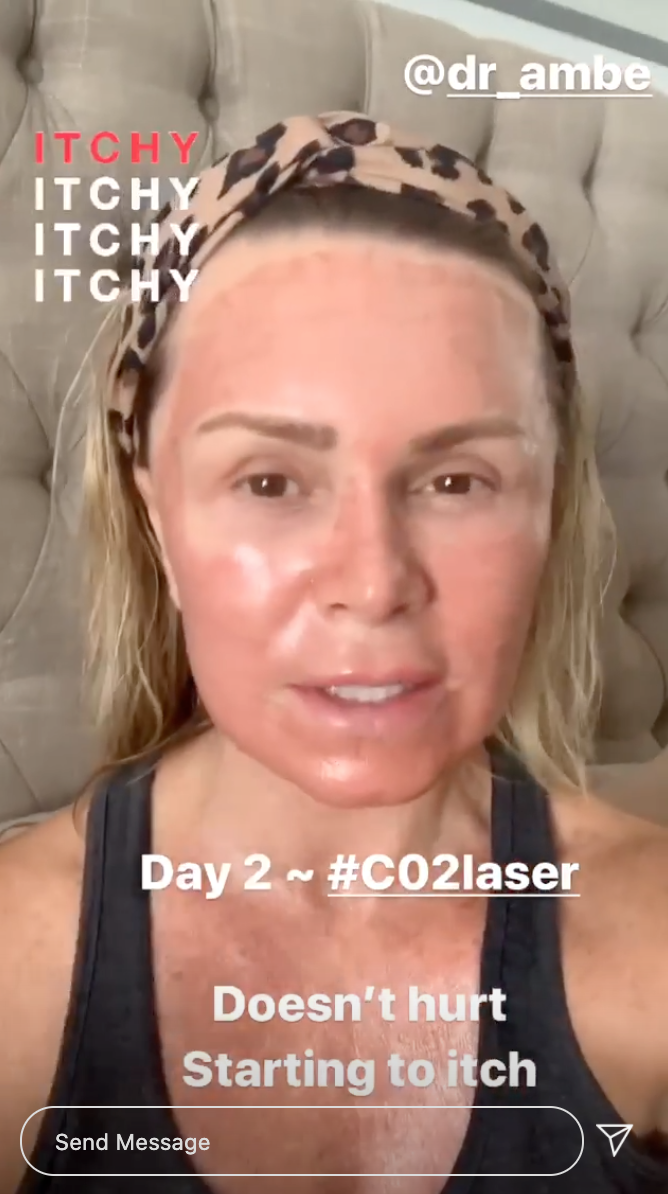 Lying on her bed, against a push cream headboard, Tamra admitted: "So I'm stuck upstairs because I'm scared – scared of a little mouse."

She published the final scene with a cartoon mouse image and the hilarious text caption: "The mouse should be scared of my face!"

The mom-of-four recently used her page to open up on the CO2 laser skin resurfacing procedure, which uses carbon dioxide and a skin surface-removing laser to get rid of deep wrinkles. 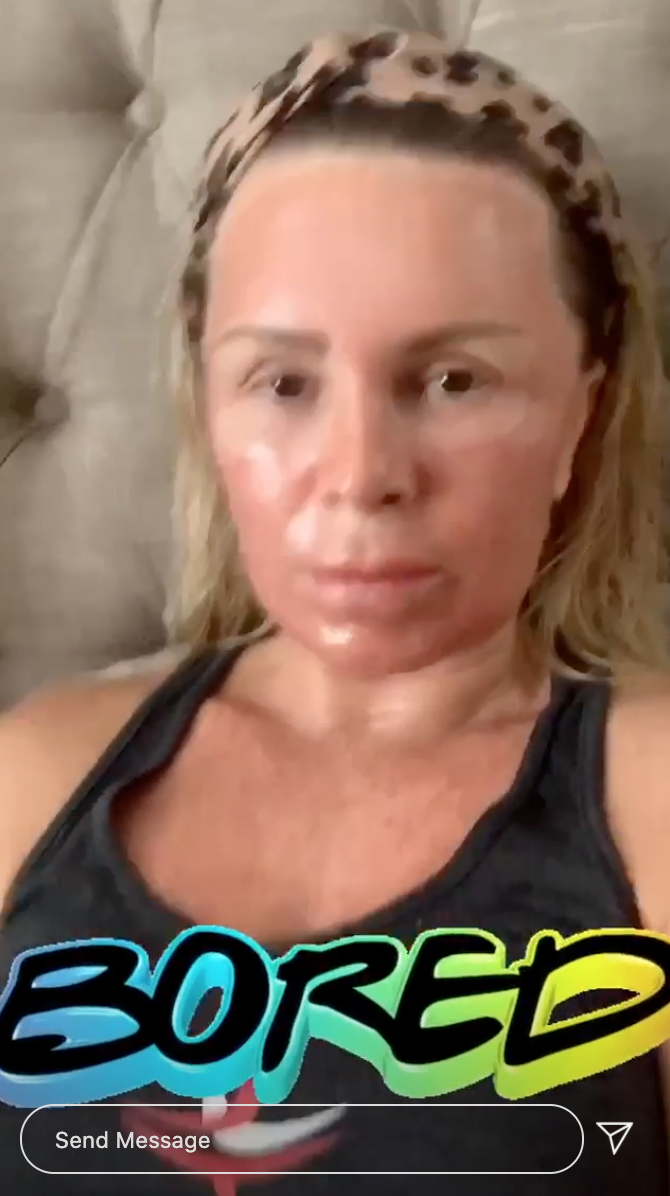 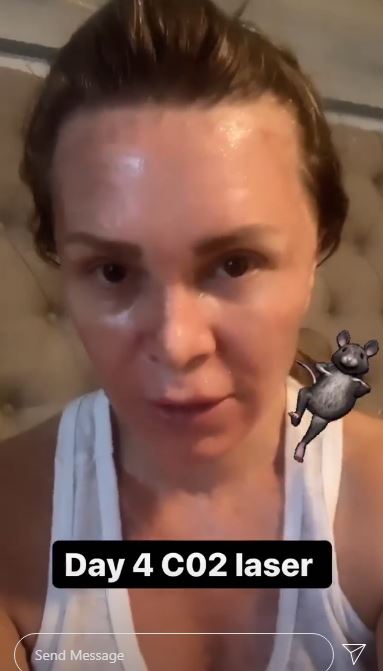 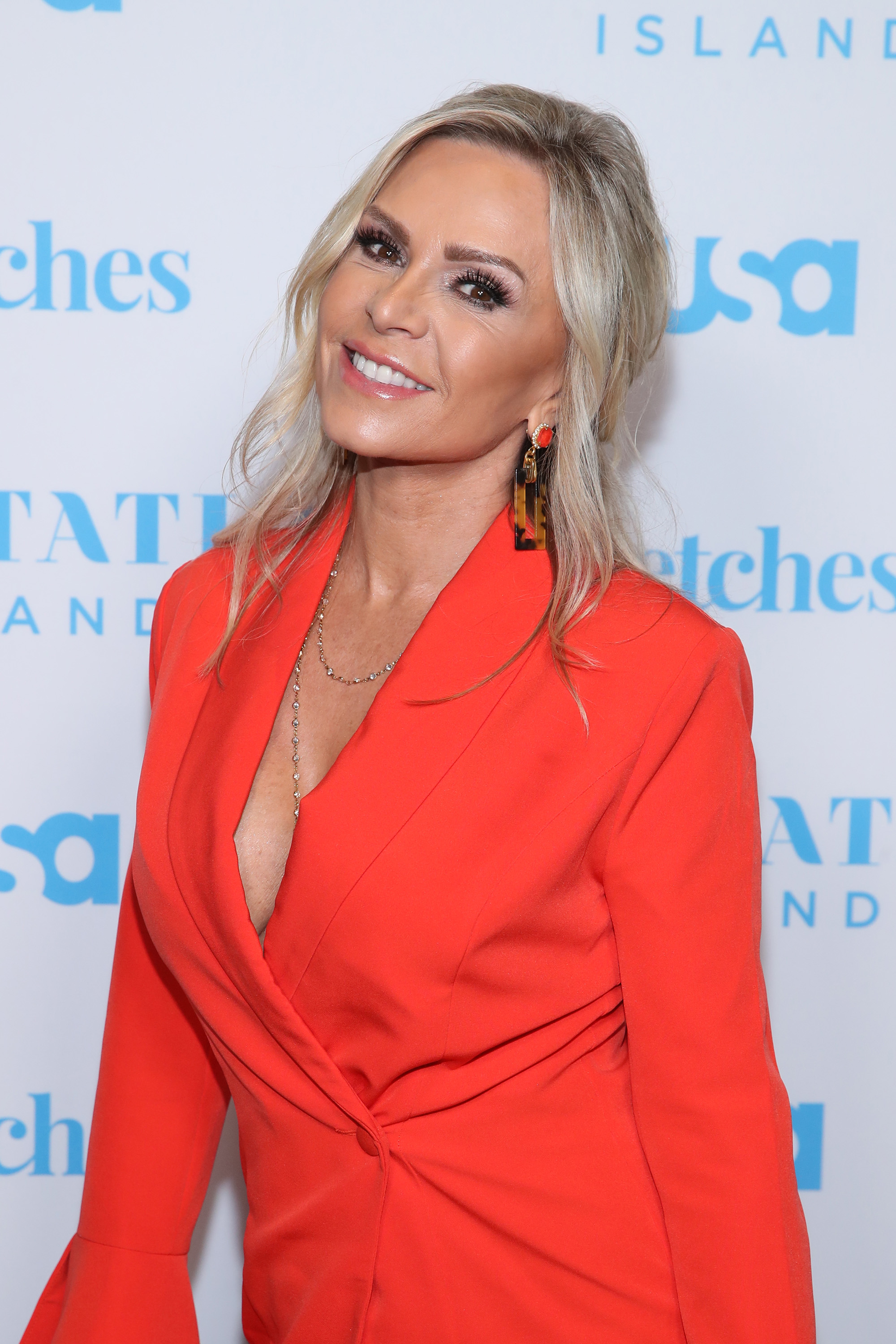 "Last night was rough – got extremely sick from antibiotics."

Later, she used an ageing filter as she joked: "Day two from my CO2 laser and I feel like I'm just looking years younger!"

"The redness is still there and the swelling is going down a bit – but suddenly, I have this weird facial hair," she quipped, using the gender face-swap filter. 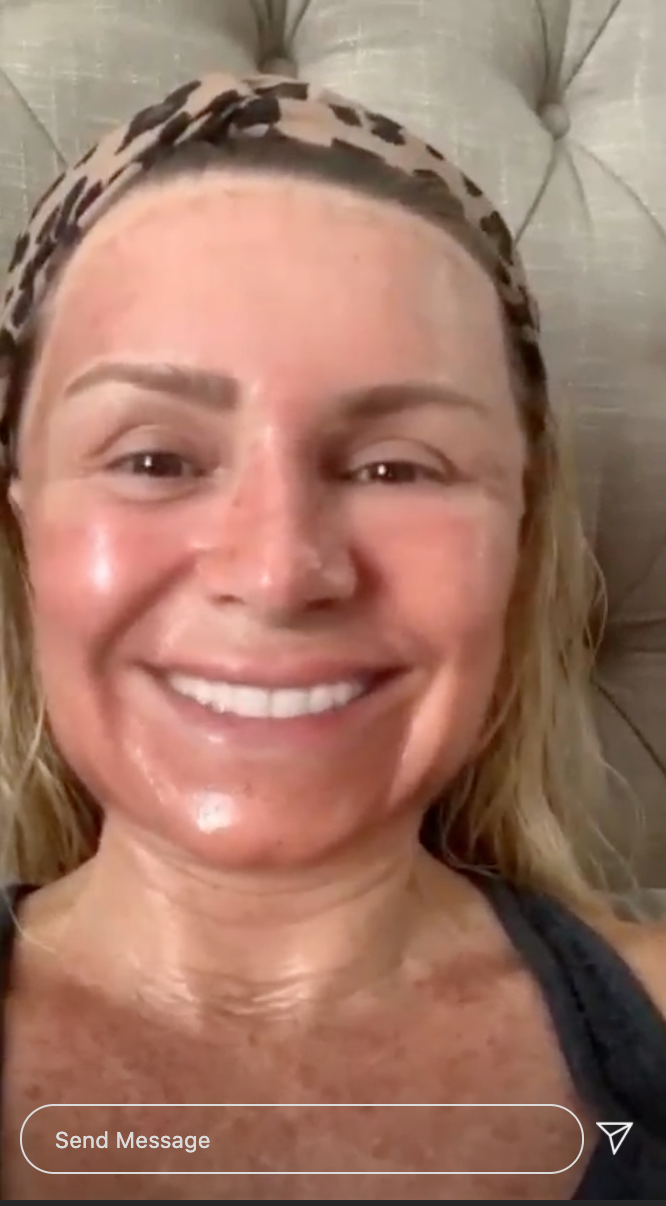 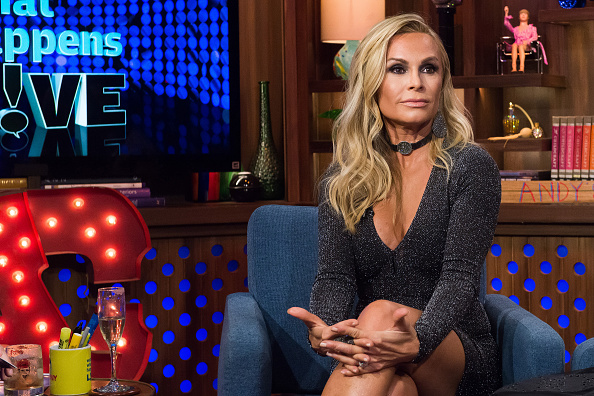 "Another side effect is I can't stop smiling!" she said, using another filter before launching into a proper analysis.

"I am still very red," Tamra, who also has Botox and lip injections, continued. "It looks like it hurts but it doesn't hurt but what it's starting to do is itch really bad so I have to keep very well lubricated with Aquaphor – but thank god the swelling's going down.

"And on my chest, this is a pre-cancer right there," she added, zooming in, following her melanoma skin cancer diagnosis in 2017.