Housing, Communities and Local Government Secretary, Robert Jenrick, warned what could happen if people refuse to abide by the post-lockdown tier system. While speaking with Naga Munchetty on BBC Breakfast, he said the tier systems were designed to drive the rate of infection down. He added that while coronavirus vaccines were coming, it was still imperative the public followed the rules.

He claimed that if this tier system fails, the country could see another blanket lockdown implemented in order to stop the spread of the virus.

Ms Munchetty said: “What the public is hearing today is a lot of MPs, from both sides of the house and many from the Conservative Party, are furious.

“These MPs are furious about being put into tier 3 or tier 2 at this moment in time.

“They believe the system isn’t fair and we have discussed why that is the case and how the Government has come to its decision on region-wide allocation for tiers. 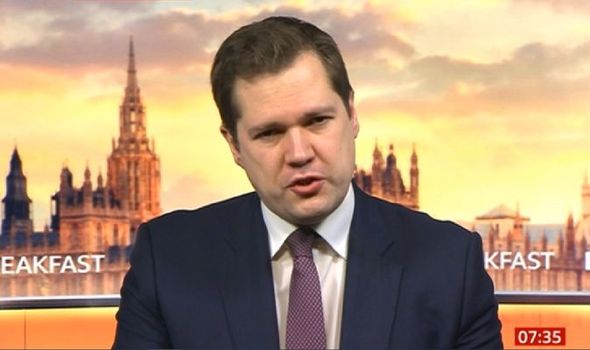 “Do you think the public is going to comply?”

Mr Jenrick replied that he was hopeful people would due to the importance of driving the rate of infection down.

He said: “I certainly hope so because I think most people would agree that we want to have a localised approach.

“We don’t want to see another blanket national lockdown so the tiered approach needs to be allowed to succeed.

“It is better that we are a little bit cautious where we place areas into the tiers so that then, with an effort, they can be de-escalated rather than having to rise up the tiers as we seeing earlier on in the year.”

Mr Jenrick insisted that the UK could see an optimistic 2021 if the rules are followed and the vaccines are successfully rolled out.

He said: “What is different now, to just a few weeks ago is all the good news on the vaccine front.

“We can all see there is very much light at the end of the tunnel, there is likely to be vaccines in circulation and people being vaccinated before the end of the year and that will rise quite rapidly into next year.

“The effort for us all as a country now is to make the tiered system work for the period we have got left until the vaccines start to be rolled out to a significant proportion of the population.”

Health Secretary Matt Hancock on Thursday announced what tiers each part of the country would be put into after lockdown.

This has resulted in significant backlash but he noted that the tiers in areas will be reviewed after two weeks and there is a possibility some areas will go down in tiers before the Christmas period.