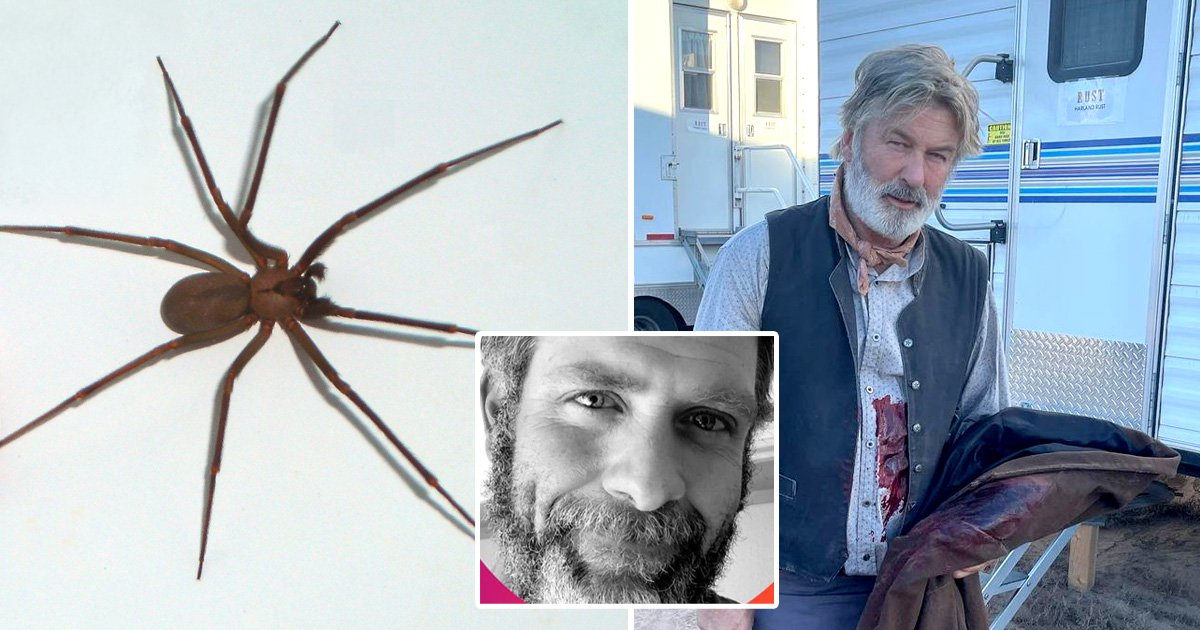 A crew member from the Western movie Rust faces possibly having his arm amputated after being bitten by a spider while wrapping production.

The set for Rust, directed by Joel Souza, was the site of tragedy last month when a prop gun discharged by the film’s star Alec Baldwin fatally shot cinematographer Halyna Hutchins.

Souza was also injured in the incident.

Production was halted on the movie as an investigation into Hutchins’ death began, and while wrapping the production in Santa Fe, New Mexico, pipe rigger and lamp operator Jason Miller was reportedly bitten by a brown recluse spider.

Brown recluse spiders have necrotic venom and while the majority of brown recluse spider bites do not result in any symptoms, skin necrosis – where living tissue cells prematurely die due to damage – can sometimes occur.

A GoFundMe for Miller organised by his union, IATSE Local 480, explained the severity of the situation, saying that doctors are trying to save his arm through multiple surgeries.

The fundraiser read: ‘ Jason was working as part of the wrap team on the production ‘Rust’ at Bonanza Creek when he was bitten by a brown recluse spider. In a matter of days he experienced severe symptoms including necrosis of his arm and sepsis. He has been hospitalised and endured multiple surgeries each day as doctors do their best to stop the infection and try to save his arm from amputation.

‘It will be a very long road to recovery for Jason if the medical team at Abq Lovelace is able to save his arm. If under worse circumstances he loses his arm, this is a life-changing and devastating event for Jason and his family. For any who are able to support and offer contributions to help Jason get through this painful and challenging time, it would be incredibly helpful and greatly appreciated.’

This is the latest shocking incident to emerge from the set of Rust, which also stars Jensen Ackles.

Following Hutchins’ death, it emerged that the prop revolver discharged by Baldwin contained a live round.

Attorneys for the movie’s armourer Hannah Gutierrez-Reed suggested that a live round could have been placed in a box of dummy rounds as an act of ‘sabotage’.

They also confirmed that the gun tray had been left unattended for two hours outside the church where scenes were being filmed prior to the incident.

There were also reports of crew members walking off set previously due to safety concerns.

Baldwin, who was also a producer on Rust, has denied that working conditions were unsafe, and yesterday suggested that all film and TV production companies should hire police officers to monitor guns on any set that requires prop weapons.