The 61-year-old presenter's disdainful glances couldn't be missed as the This Morning host took centre stage in the winner's room, just moments after the gang accepted the gong for Best Daytime show. 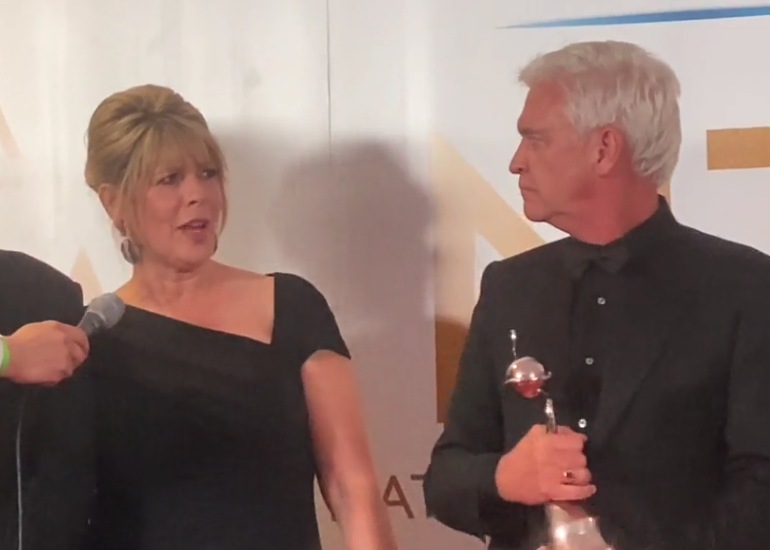 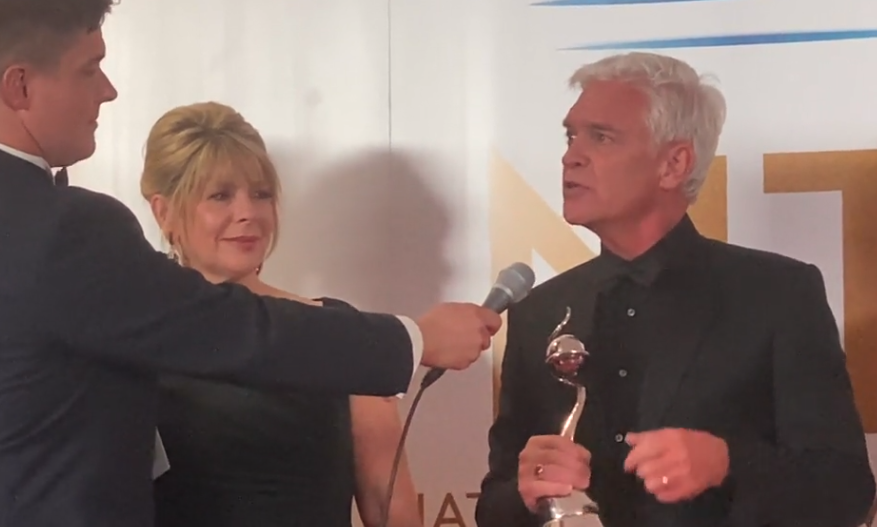 Discussing the award, Phillip compared working through the pandemic to "going to war", before adding repeatedly "it's been a s****y year".

Those watching at home had previously clocked Ruth’s ‘obvious disdain’ for Phil when the team all took to the stage to accept the gong for Best Daytime show.

Clutching the award, Phillip said: "We are always massively, massively proud of This Morning and our family and our team.

"What was amazing for us was, every single day, because of the brilliance of ITV, we could stay on air and we could be there. We felt like we were everyone's comfort blankets, but for all of us, you were our comfort blankets too."

Making a special mention for his co-star Holly, he added: "Thank you for that, thank you for being there with us and also thank you to my best friend."

Holly then took over and said: "This Morning is an incredible team, and we are lucky to just be one cog in the wheel. We just wanted to give you a normal morning, thank you for voting, it means the absolute world."

None of the other presenters got the opportunity to address the audience.

Watching at home, one viewer wrote on Twitter: "It’s quite clear that the Ruth and Phil rivalry lives on and I am THRILLED #NTAs."

Another posted: "I can’t help but love Ruth’s obvious disdain for Holly and Phil’s lovey dovey stuff. What a queen."

A third said: "Ruth and Phil pretending they don't hate each other every year check #NTA."

Ruth and Phil have put on a united front in the past year. They were friendly at the same event in 2020, and Ruth also comforted Phil following his emotional coming out speech on the This Morning sofa.

Their rivalry dates back to 2019 when Ruth filed a complaint with ITV after being upset by Phillip cutting her off abruptly during a link with her in the Loose Women studio.

It came amid complaints from other staff members of a toxic working environment at the channel. 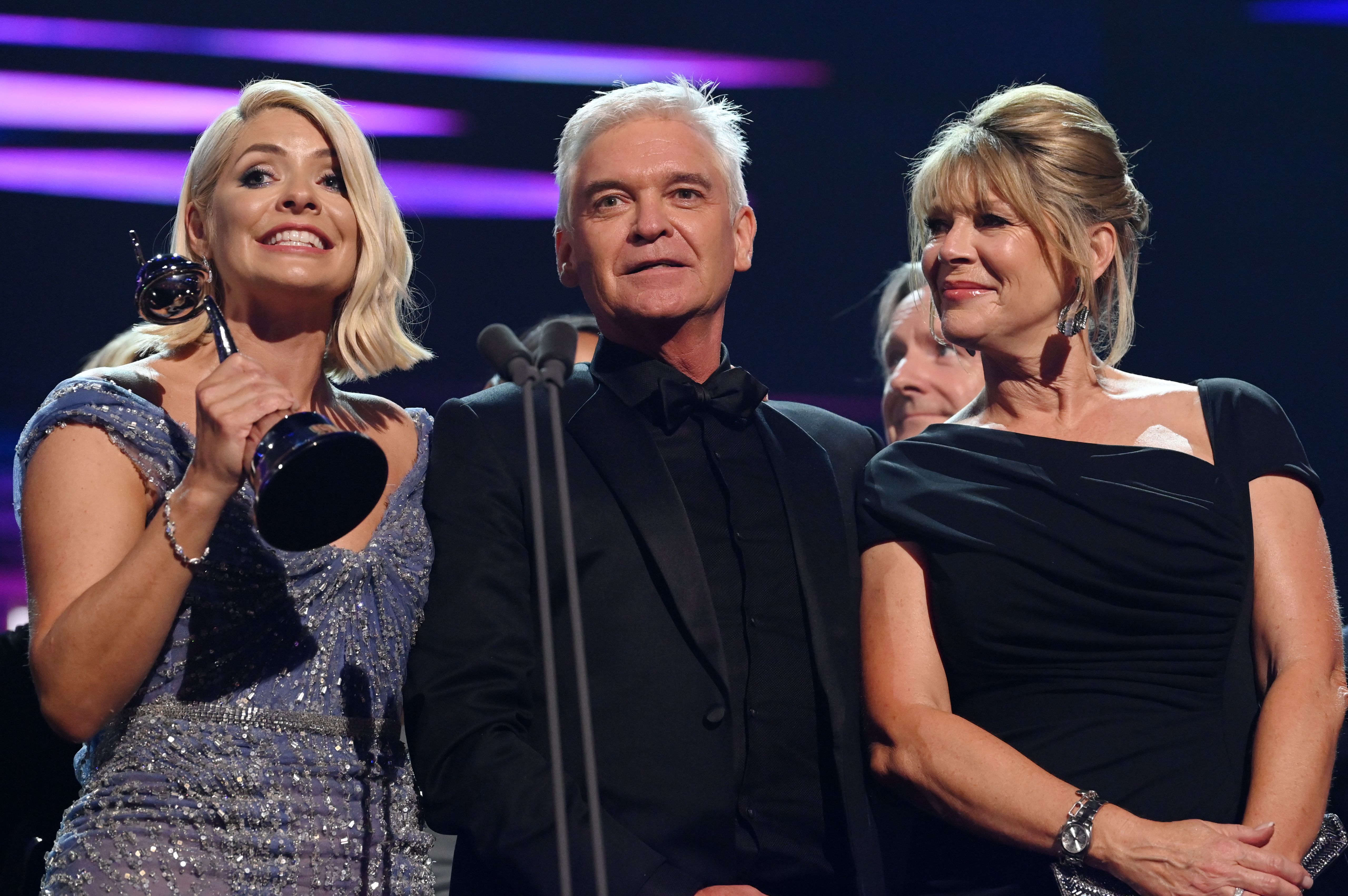 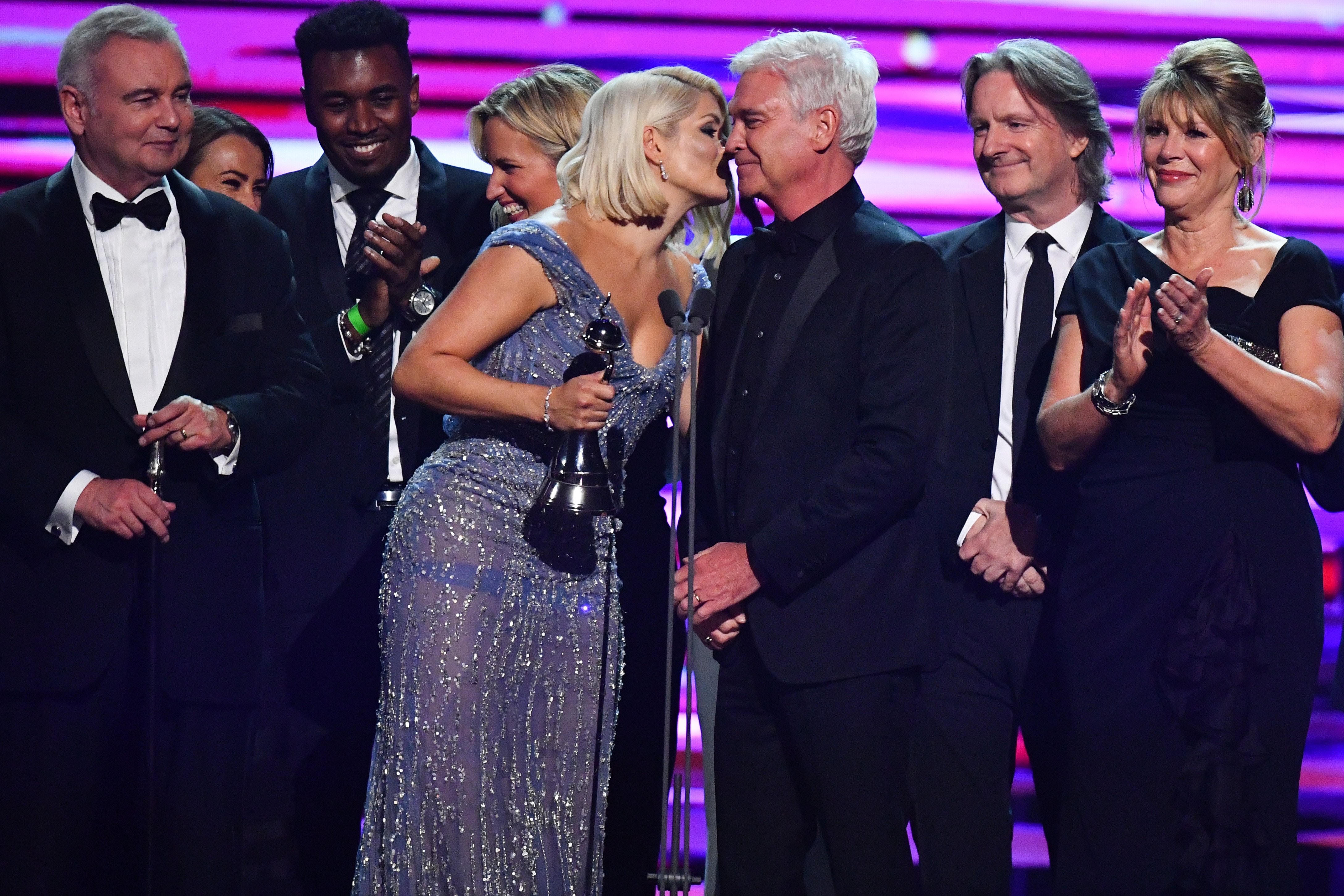