RYLAN Clark has been spotted looking all partied out after an evening out on the town to celebrate his 33rd birthday.

The former X Factor contestant let his hair down as he sipped on champagne and glasses of wine with a group of friends at a London bar. 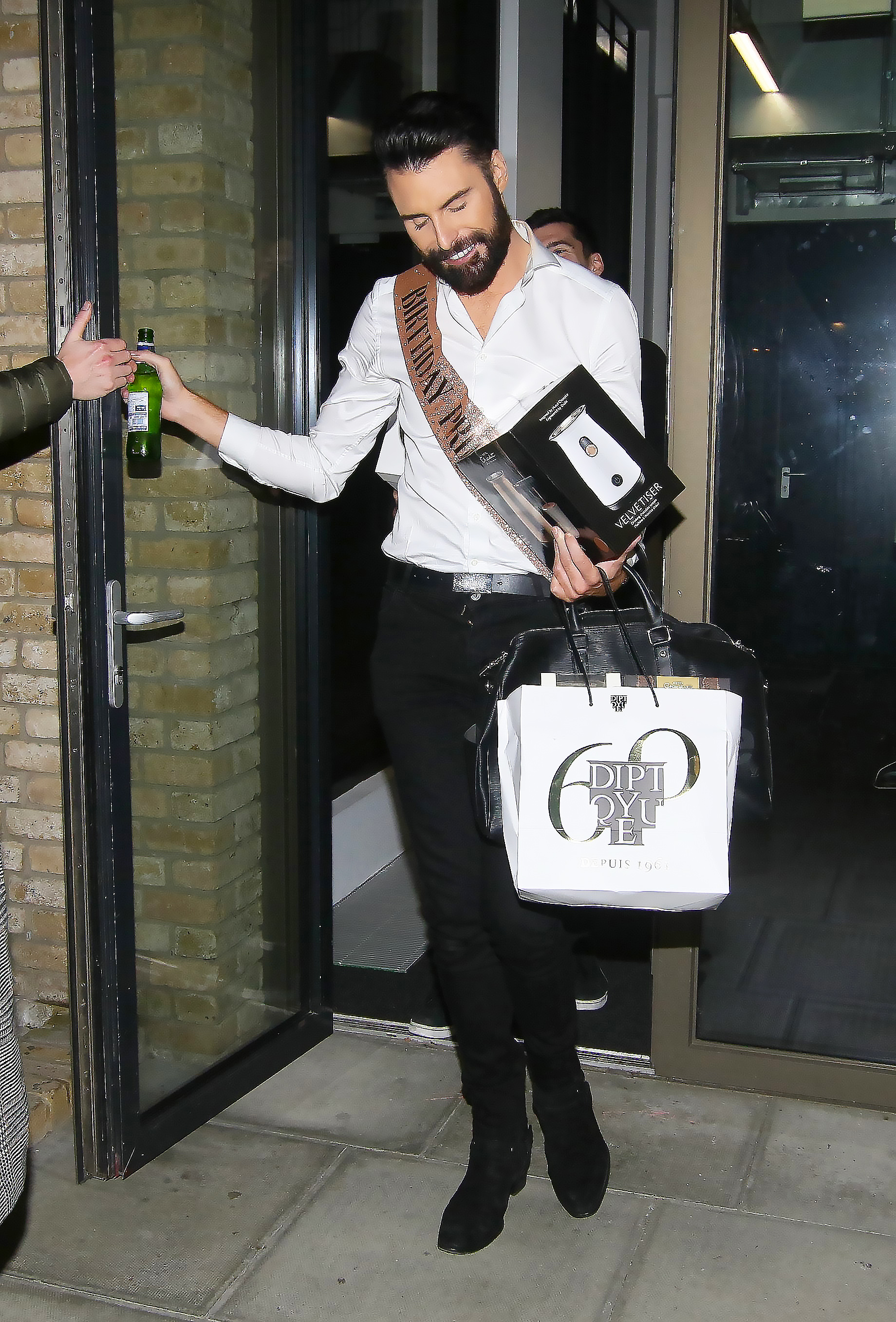 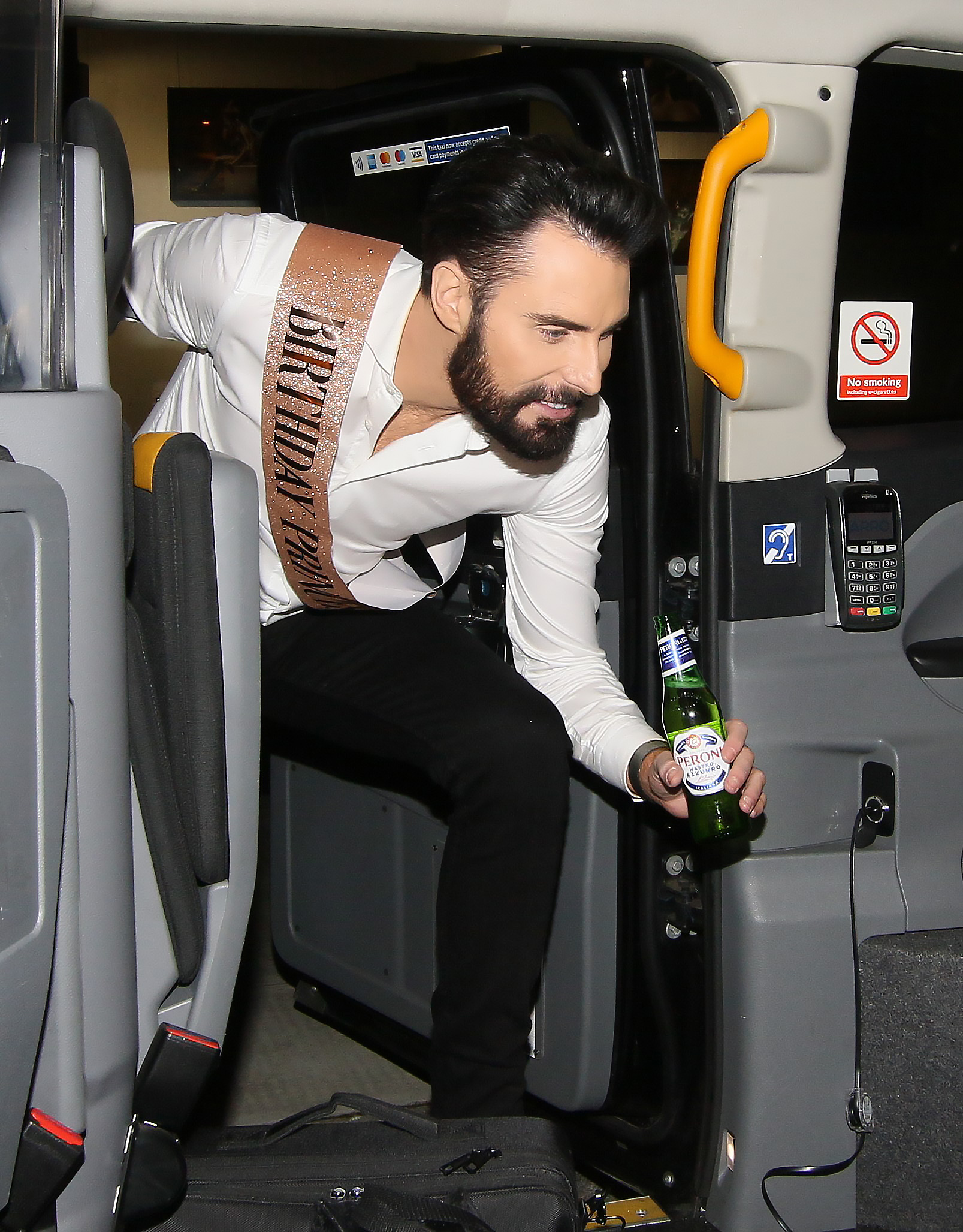 Rylan, 33, looked a little worse for wear as he left the swanky city venue and got into the back of a black cab in the early hours of the morning.

The star carried bundles of gifts and an impressive birthday cake – keeping a beer in his hand until he got into the vehicle to head home.

Looking dapper, Rylan dressed in a suit and accessorised with a sash across his chest that was embellished with the words "birthday princess".

The star smiled for the camera as he headed out onto the street, keeping his head low as he ducked into the car with a bunch of his pals.

It followed an evening of boozing at the bar, where Rylan and his friends sat al fresco and appeared to be laughing amongst themselves.

It's the second birthday bash Rylan has thrown to celebrate – having hosted his nearest and dearest at a house party over the weekend.

On Sunday, the hungover TV presenter filmed as he woke up the morning after the wild party to find party guest Lizzie Cundy still at his home.

Taking to his Instagram stories, the telly host couldn't contain his laughter as he revealed he'd gone in the bathroom to find his pal still in there.

"So I've just woken up and I've just looked in the toilet," Rylan told his following as Lizzie appeared from the toilet and insisted: "Don't laugh."

The star could be heard cracking up as he followed her round the house, still wearing her black dress and dark sunglasses from the night before.

"Edina Monsoon, is that you?" he jibed, before asking: "Excuse me, what is going on here?" Lizzie had little explanation: "Darling, don't. I don't actually know."

Lizzie went on to reveal that she was just about to go home, but not before going grocery shopping and stopping at the petrol station in her evening attire.

"Look, I'm all dressed – I've got to go food shopping and get petrol now," she told Rylan, who burst into hysterical laughter in the background.

Another video saw him waving goodbye to Lizzie as she walked down the driveway towards her car, still in her clothes from the night before.

He went on to post a selfie of the pair enjoying a cup of tea, writing: "The guest that won't ever leave…"

Rylan told his following he was a little "worse for wear" on Sunday morning after the huge birthday bash over the weekend ahead of his 33rd birthday.

The presenter – who has had a difficult year after splitting from husband Dan Neal – let his hair down surrounded by his nearest and dearest.

The down to earth star pulled out all the stops and had a huge black, white and gold balloon arch installed in his stunning home.

He put on a huge grazing platter for his pals and plenty of booze as they mingled in his living room.

As the drinks started flowing the karaoke came out and Rylan’s beloved mum Linda took to the microphone to entertain everyone. 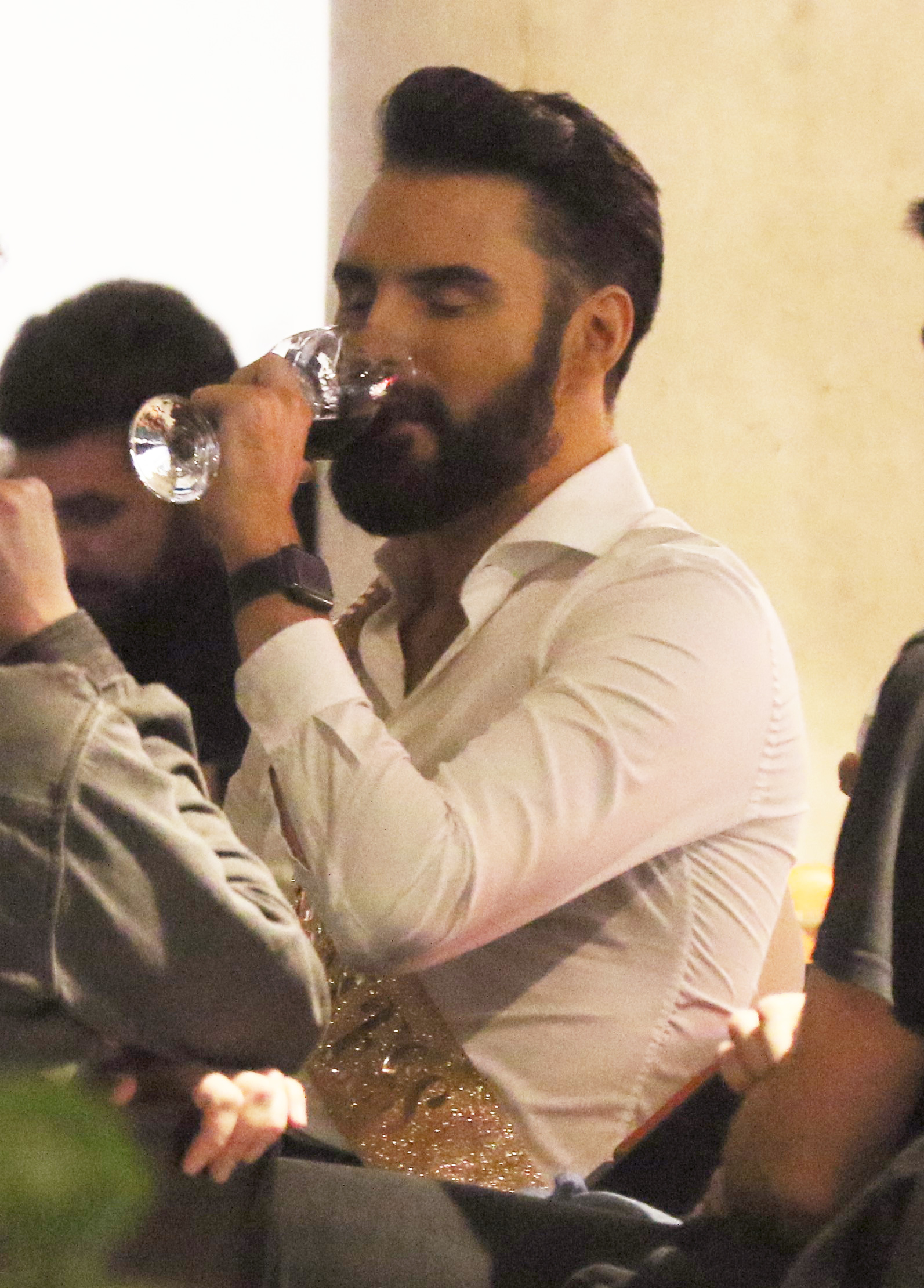 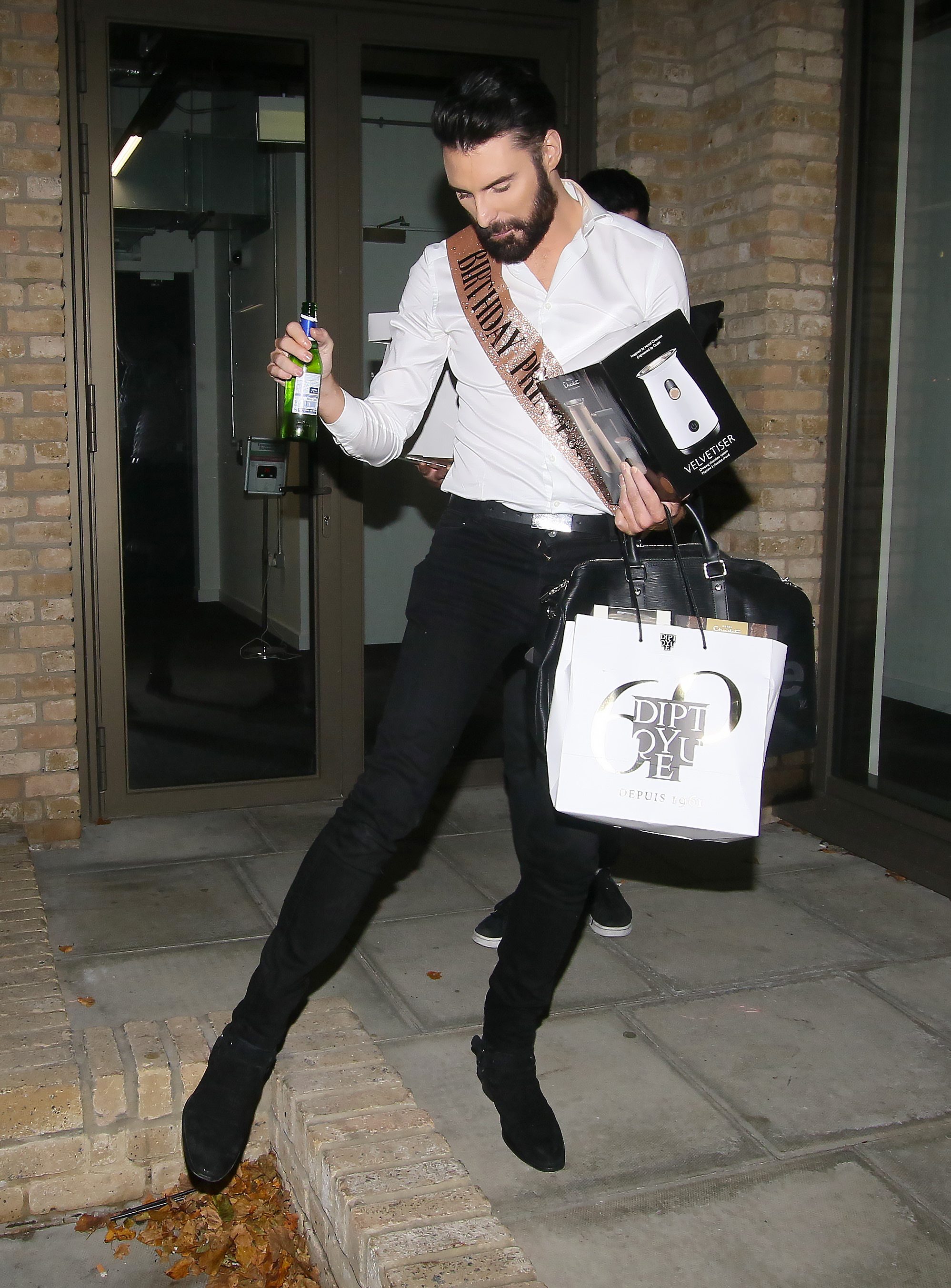 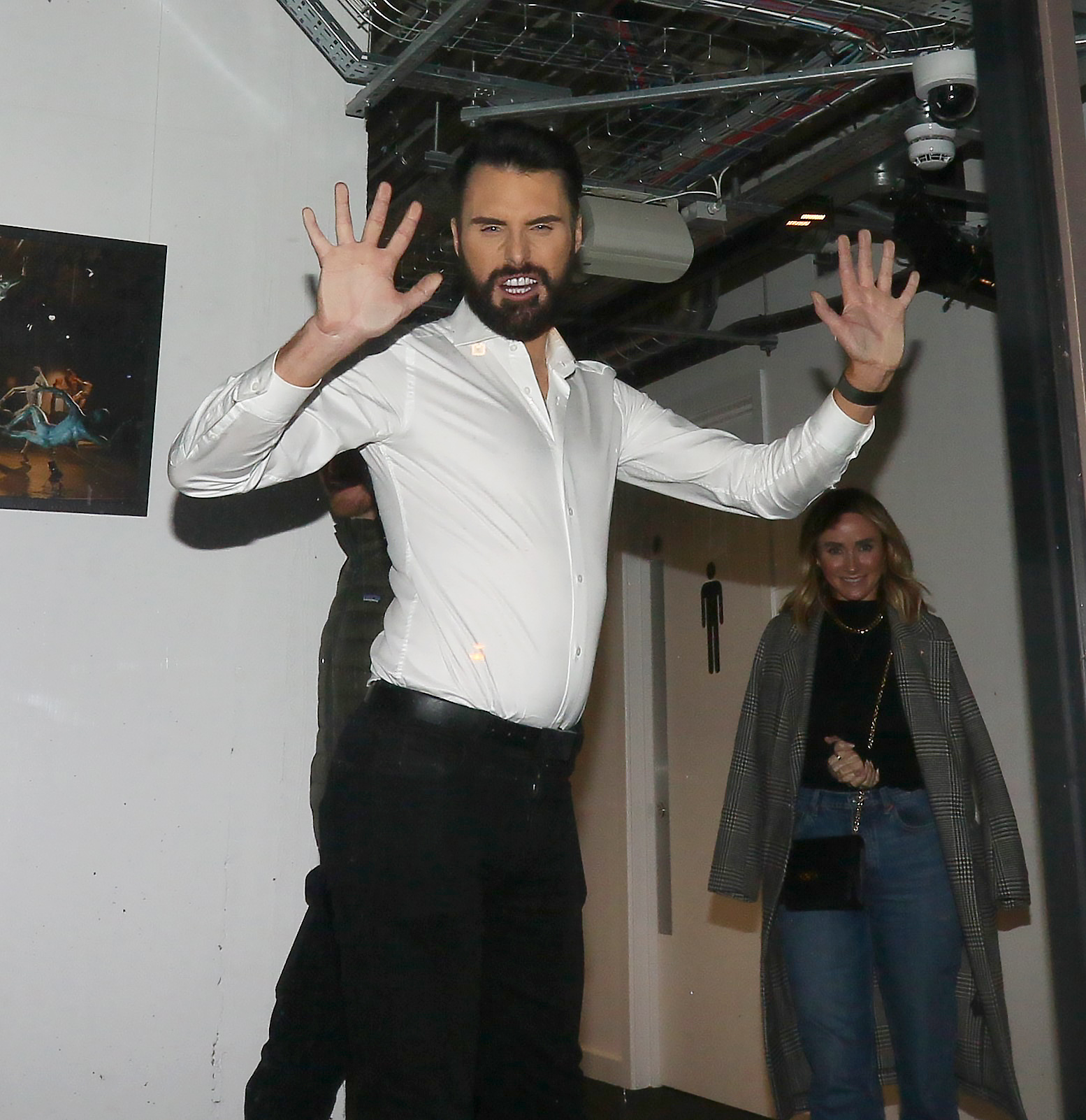