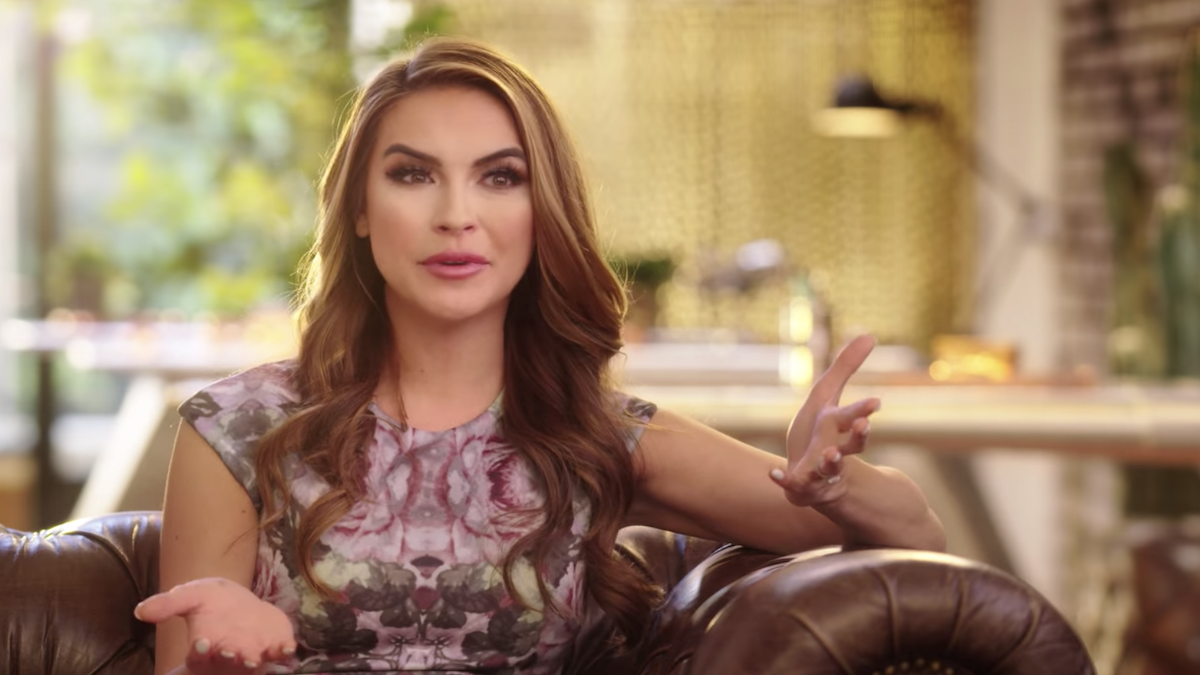 From a widely successful Netflix show to a highly publicized divorce, Chrishell Stause had a big year.

She even brought out her dancing shoes and took the stage of ABC’s hit show Dancing With the Stars.

After getting eliminated, her time on DWTS is over, but due to the experience, she has grown in ways she didn’t expect.

Her breakup was highly public

The Selling Sunset star signed on to the Netflix show with no drama in her life, but that’s not how it ended.

One of the major storylines of the highly anticipated third season focused on one of the toughest moments in her life.

Cameras showcased the devastating aftermath of Chrishell finding out via text that her husband wanted a divorce.

The show had not wrapped up production of the third season when the news broke and it became a major addition. Fans watched Chrishell in tears as the world found out about the news of her divorce a mere 45 minutes later.

DWTS helped with her healing

It’s been a tough year for the Selling Sunset star. Not only did she have to deal with her super public divorce, she also lost both of her parents to lung cancer.

Throughout it all, Chrishell continues to push through with a smile on her face.

When asked about her feelings on the DWTS departure, she revealed to ET that, “I know it should be a sad moment right now, because of course I didn’t want to leave, but I’m so happy that I’ve had this experience and I’m so grateful.”

“It’s a once in a lifetime experience and I’ll never forget it.”

She’s grateful for being asked on the show and called it “therapeutic.” It forced her to open up her personal life to the cameras, which forced her to confront her emotions.

While she doesn’t know what the future holds, she learned a lot.

As for what’s next for the real estate agent, she is finally starting to feel like herself again.

Due to the timing of the pandemic, she hasn’t been able to throw herself into the dating game but she does feel ready for when the time comes.

While she didn’t confirm Season 4 yet, Chrishell did say she would be surprised if it didn’t happen.

Will you be tuning in for Season 4 of Selling Sunset?