Shaq jailed in Hollyoaks for faking letter from abuser Ali to help Misbah? 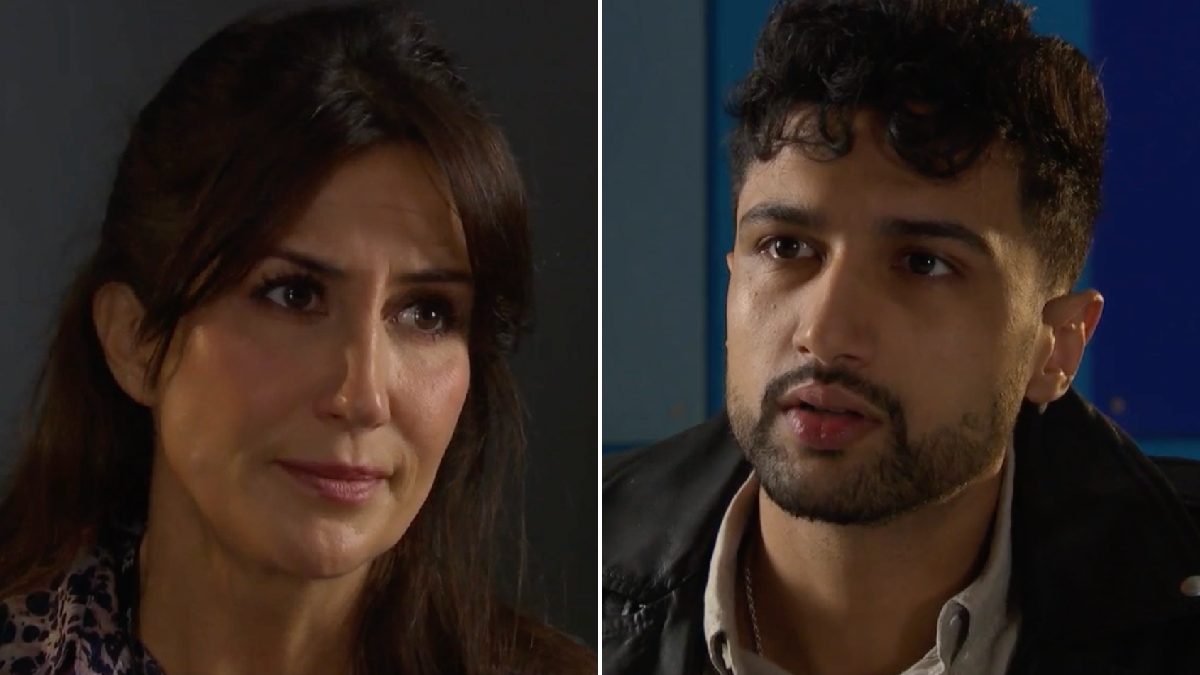 DS Cohen (Ariana Fraval) was left with little choice but to arrest Shaq Qureshi (Omar Malik) in Hollyoaks this evening, after he confessed to forging a letter from Ali Shahzad (Raji James).

Viewers will know that Shaq is on a mission to get justice for mum Misbah Maalik (Harvey Virdi), who recently revealed that Ali raped her while they were at medical school.

She therefore suggested that Shaq ‘make’ some evidence to assist Misbah’s case, and he did just that, writing a fake letter to Misbah from Ali, in which he apologised for the assault.

DS Cohen presented this evidence to Misbah during Wednesday’s (December 1) E4 edition of the serial drama. Misbah was overwhelmed with emotion, believing that Ali felt guilt for what he’d done.

Ali, meanwhile, was seething to learn of the existence of such a letter, and thus he confronted the Maalik clan, vowing to get to the bottom of what was going on.

Misbah was horrified when she learned what Shaq had done, berating him for sabotaging her case. She subsequently gave Verity a piece of her mind too, telling her that breaking the law is not the right way to get justice.

But Verity did all she could to stop Misbah from reporting the forged letter to the police.

Little did either of them know, however, that Shaq had decided to tell DS Cohen the truth himself!

After his confession, he was arrested.

Will Shaq go to prison? And what impact will his actions have on Misbah’s case?

Will she get justice?