If you’ve wanted to see where some of South Park’s iconic characters have ended up as adults, we’ve been treated to a glimpse into the future with the series’ Post Covid film teaser.

In the trailer, dropped Thursday, Kyle and Stan are seen as grown men – and yes, Stan’s dad is still seemingly trying to flog his ‘special weed, a la the first Covid special – in the short clip, as they reunited amid an apparent issue, which remained a mystery in the teaser.

In the South Park: Post Covid promo, an adult Kyle asks an adult Stan: ‘Do you remember when we were little? We said we’d always be there for each other when things got bad.’

Stan responds: ‘What do you mean — what’s happened?’

While the characters have survived, Covid, it’s been teased that they won’t remain the same.

The made-for-TV film will feature Cartman, Stan, Kyle and Kenny as they attempt to re-adjust to society after Covid, with the show previously airing a vaccination special, as well as one that saw them deal with the pandemic and the movements, including BLM, that happened amid it. 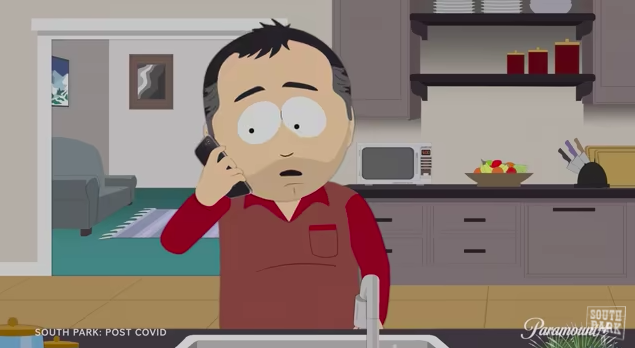 The synopsis reads: ‘What happened to the children who lived through the pandemic? Stan, Kyle, Cartman and Kenny survived but will never be the same Post Covid.’

The trailer comes not long after series creators Matt Stone and Trey Parker signed a mega, massive, huge $900million (£669m) ViacomCBS deal, while will see them make 14 films – two original films a year – to run on streaming service Paramount+ through 2017, as well as the renewal of the series for Comedy Central through 2027.

Along with the Post Covid special, another South Park film is scheduled to drop in December.

South Park: Post Covid is scheduled to be released November 25.