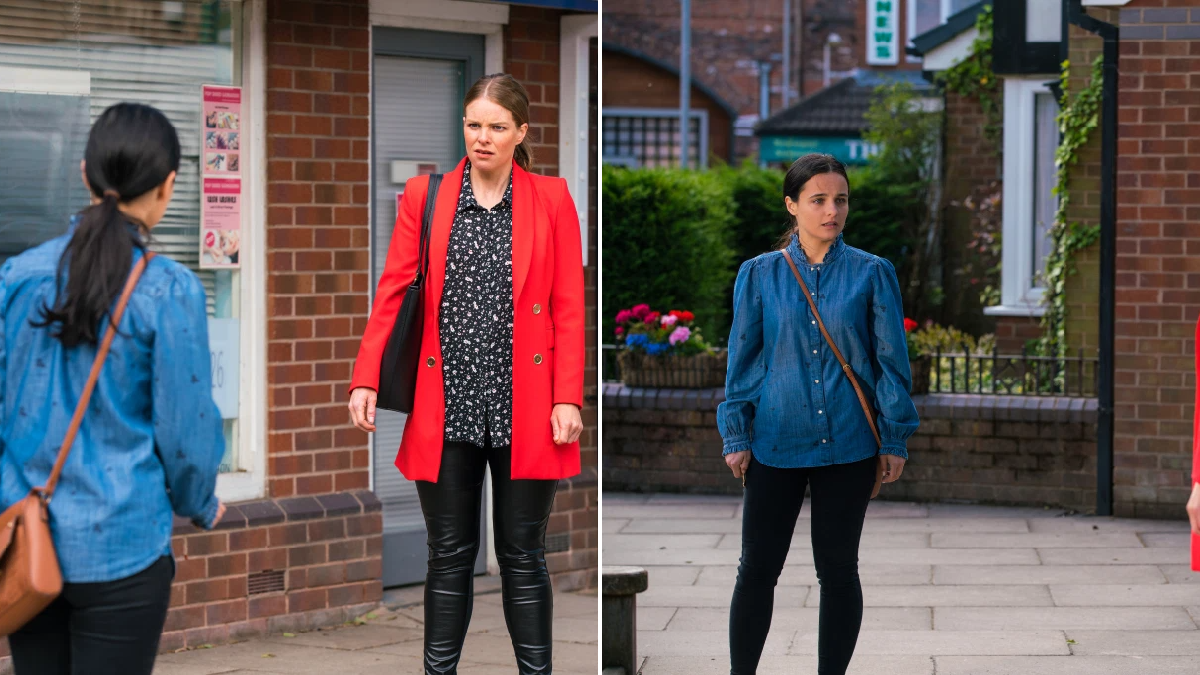 The recent fire in Coronation Street has left Alina Pop (Ruxandra Porojnicu) paranoid and fearing who is out to kill her – and soon she begins to fear that the trafficking gang that forced her into slavery were responsible for trying to silence her.

Fans know that Hope was the one who started the blaze and shows no remorse for her actions. Fiz Stape (Jennie McAlpine) has fled with Hope and gone into hiding but as the law catches up, Tyrone Dobbs (Alan Halsall) will have to make a big decision over who to tell the police is to blame for what happened?

Meanwhile, with Alina not in the loop, she fears another attempt on her life could be made. And when she discovers that gang leader Rachel has been released from prison recently, her fears continue to increase.

Alina tells Tyrone that even though Fiz is off the hook, it just means that somebody else started the fire with the intention of killing them.

Alina tells Craig about the people trafficking case she was involved in and wonders if one of the gang set fire to the flat out of revenge.

Tyrone warns Fiz that Alina is in constant fear for her life and it’s time to take action.

But how well will his suggestion that pregnant Alina move into their house go down?

And when Alina confronts Rachel about the fire, is she accidentally bringing her past back into her life and putting herself in more danger?