Spoilers: Christmas reunion for Leyla and David in Emmerdale? 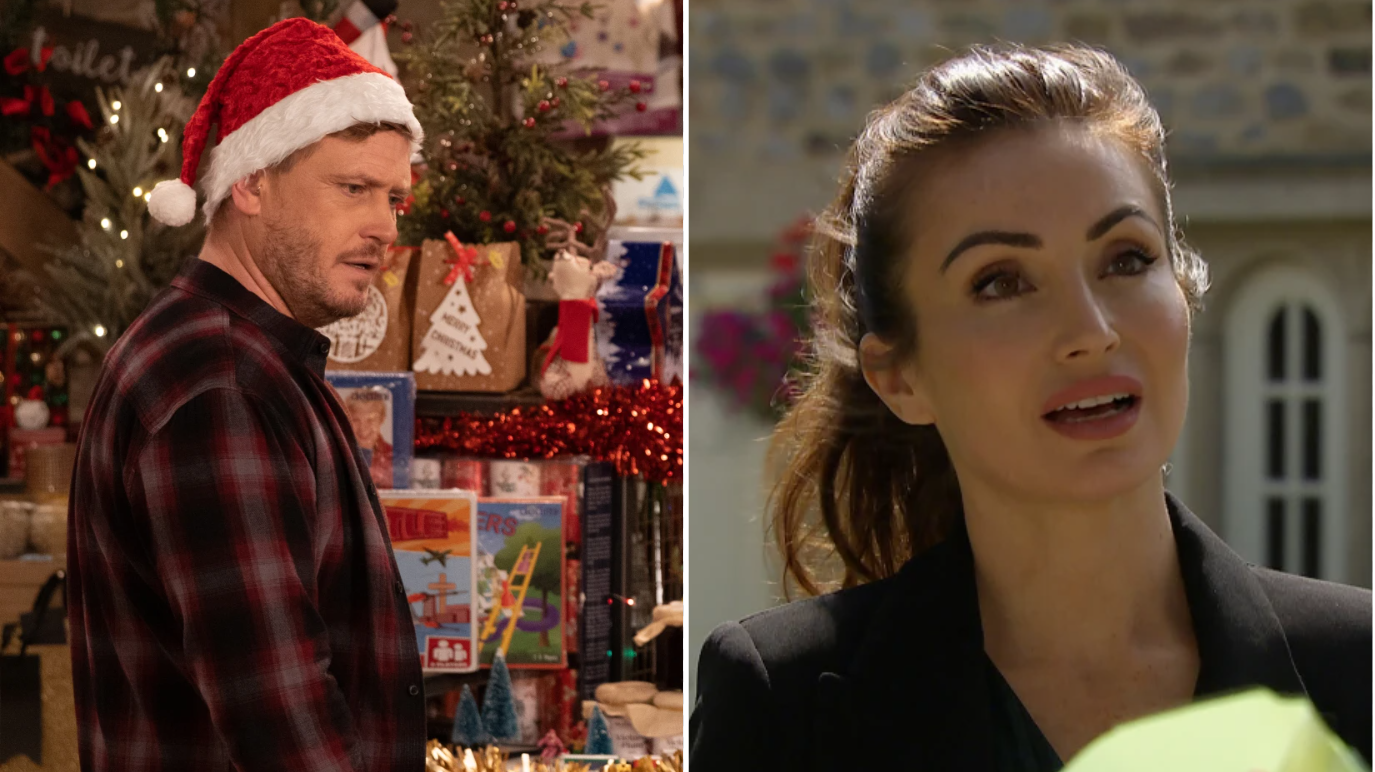 David Metcalfe (Matthew Wolfenden) and Leyla Cavanagh (Roxy Shahidi) are two characters who are not having the best of times in Emmerdale currently. And they’re two characters who have a lot of history together, of course. Could they be set for a reunion as they shared a bonding moment together in tonight’s episode?

All of David’s options for keeping his business afloat seemed to have run out. His Christmas grotto wasn’t the success he’d hoped, as people came in to take pictures of how nice it looked and then went away to order the stuff online.

Kim (Claire King) had turned down his offer of investing in the business, telling him that it could be a goldmine but not with him in charge. And Pollard (Chris Chittell) hadn’t taken his son’s hints that another cash injection would be welcome, as he knows it’s throwing good money after bad.

At the same time his relationship with Victoria (Isabel Hodgins) is over as she lost all trust in him when he put a speeding fine in her name and almost lost her her license.

So in tonight’s episode David decided to put the shop, and his house, up for sale. Victoria was sympathetic, especially when David promised to pay back every penny he owes her, and Eric said he was proud of him for taking action to sort out his life.

But it was Leyla who seemed to really understand. She came to see him after the shop was closed and brought him a present of a Dobby sock because he’s a ‘free elf.’ Leyla is also a free elf after the breakdown of her marriage to Liam (Jonny McPherson). She said her and David being free was ‘Kind of brilliant… but kind of scary.’

David and Leyla go back a long way. They first got together in 2009 and in 2010 were almost torn apart when David found out about Leyla’s secret son, Jacob (Joe-Warren Plant), who now considers David as his dad.

Most recently David covered for Leyla and tried to get help for her when he discovered her drugs problem.

With both their relationships currently on the rocks, could romance once again be on the cards for Leyla and David?